At the halfway point of the 2021 season, the Fanatec GT World Challenge America powered by AWS championship is proving to be a spectacle of competition and excitement. There’s no telling what the second half of the season will bring, but we can extrapolate from a review of the first half of the season to know what, and who, to keep an eye out for in the quest for the championship titles.

Upon its return to an all-Pro lineup, the K-PAX Racing team promptly placed themselves at the top with a series of pole-qualifying runs and race wins. Under the Lamborghini manufacturer’s flag, new for the team this season, the driving pairings of Andrea Caldarelli and Jordan Pepper in the #3 car and Corey Lewis and Giovanni Venturini in the #6 machine have put on a master class in GT3 competitive driving, but the secret to the team’s success may not be a secret much longer.

The Turner Motorsport team, spearheaded by the GT4 Pro-Am champions Michael Dinan and Robby Foley, have collected a podium finish at each of the last two race events, proving that they are finding their pace and on the way to transporting that championship-winning teamwork to their inaugural Pro GT3 effort. The summer break for tweaking just might be the time needed for the Turner team to catch up and overtake the front runners.

Nipping at the tails of the Turner team is the Winward Racing camp. They closed out the first half of the season with a Race 2 win at VIR. Prefaced by Saturday’s VIR race that had them locked for the win until an unfortunate Drive Through Penalty set them back. Their performance at VIR could be the proof that the team has cracked K-PAX’s winning code and are set to use it themselves in the second part of the season. That means the Pro championships are wide open and fair game for anyone when competitors return from the break. 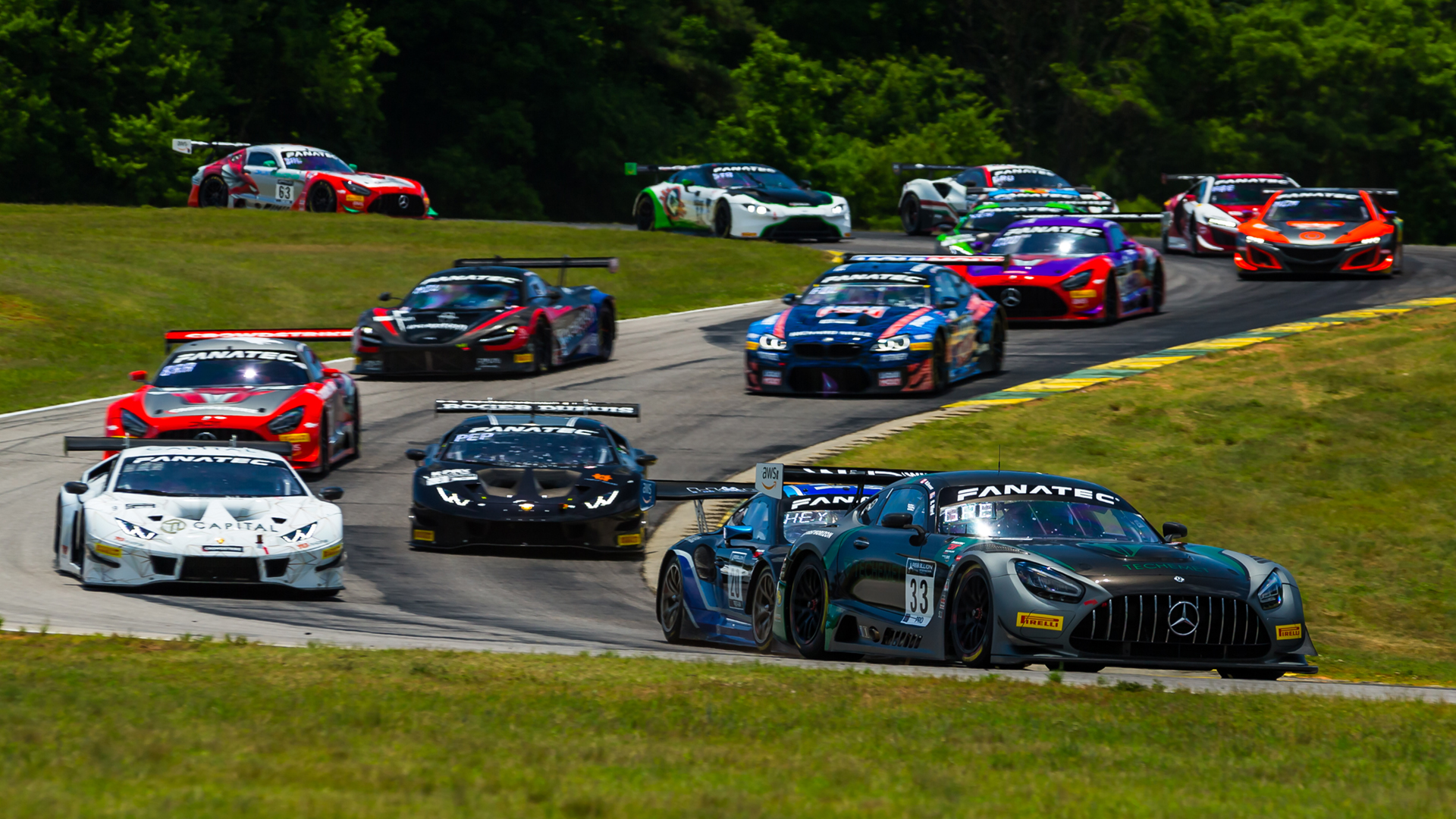 Wright Motorsport are currently leaders of the stacked Pro-Am class, and rightfully so. The pair of Jan Heylen and Fred Poordad have stood on every podium in every race of the year thus far, demonstrating a consistency that makes their #20 Porsche and the two drivers spraying champagne some of the most familiar sights to GT World Challenge fans this year.

Co-drivers Erin Vogel and Michael Cooper, campaigning the #19 DXDT Racing Mercedes-AMG GT3, had their own breakthrough when they managed to take the top step of the podium for the first race at VIR. In doing so, Vogel herself shattered several glass ceilings and became the first female driver to win a GT World Challenge America race and the first woman to win in the Pro-Am category globally in any GT World Challenge championship. While the feat has been recorded as a first, the duo’s consistent top-five finishing positions this year mean that it’s just a matter of time before Vogel is able to repeat the performance and add to the accolade.

Speaking of consistency, the HPD GT3 Academy has consistently churned out some high-performing graduates, including alums competing this year under the Racers Edge Motorsports flag - Taylor Hagler, Dakota Dickerson, and Jacob Abel. With Hagler anchoring a seat in the #93 Acura NSX GT3, the trio of alternating drivers have secured three podium finishes in six races - a testament to the skills and lessons learned at the academy.

The TR3 Racing team, anchored by Ziad Ghandour, has the pace to win and the season credentials to back it up. The team has an in-class P1 to its credit and has started making a habit of qualifying into the front row. In addition, late-season sub-in co-driver Sandy Mitchell has notched a CrowdStrike Fastest Lap Award under his belt. The team has proven that they have the speed and the pace to win, and that it's only a matter of time before they do so.

Compass Racing, working on a tough season after switching to the Acura platform, celebrated the time before the break with an appearance on the top of the podium at the weekend-closing race at VIRginia International Raceway. They hope to pick up in August where they left off - on top of the podium - and the mid-season break is their opportunity to work on ensuring that happens.

AF Corse and its co-drivers Conrad Grunewald and Jean-Claude Saada have been steadily improving pace and looking to make their move to the upper levels of the overall grid among the stacked and talented Pro and Pro-Am competitors. Their entry keeps the dream alive for Ferrari, but the rumor mill has been churning about more competition coming for them, and competitors in the other classes as soon as Road America. 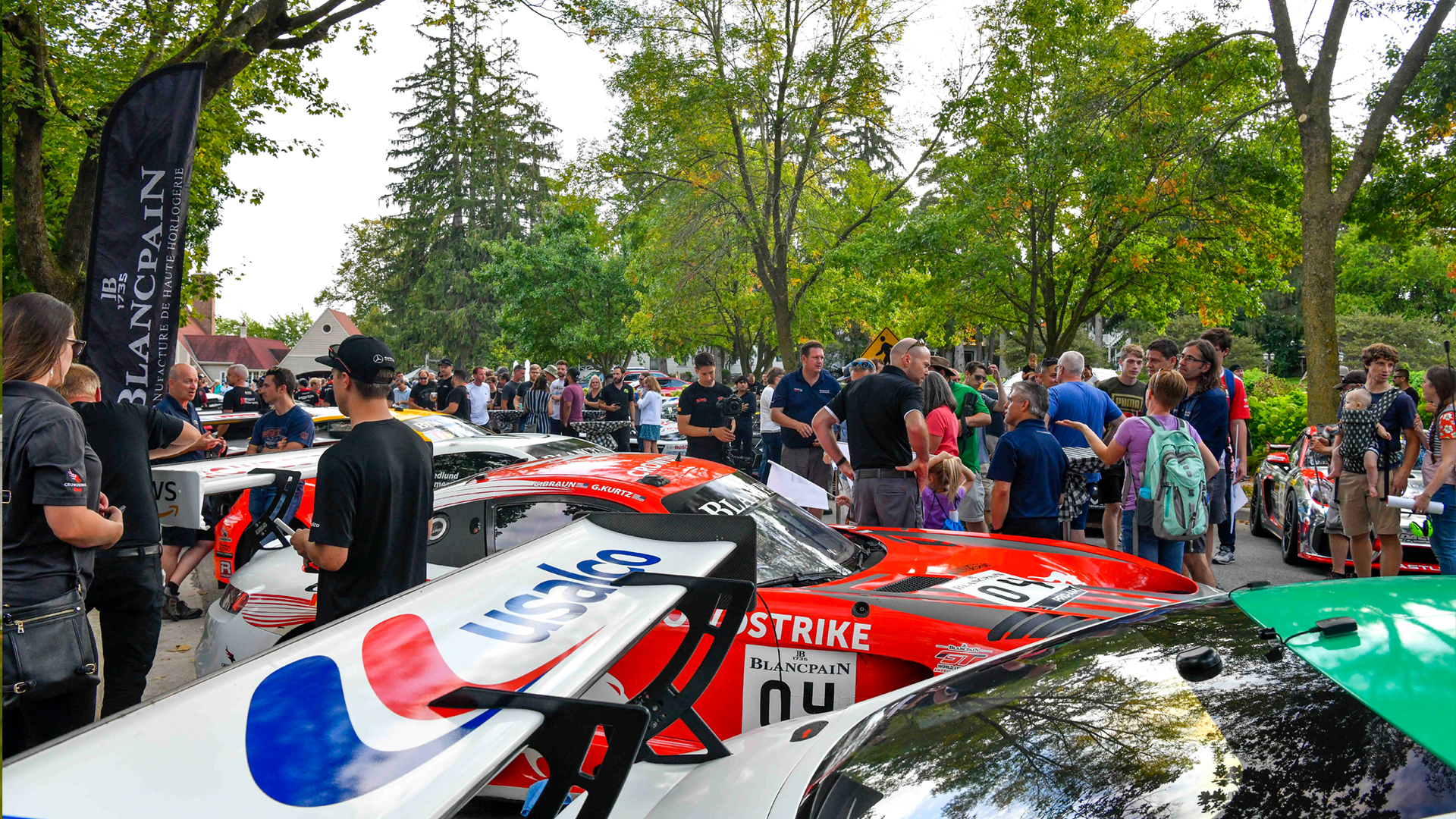 After summer vacation, we kick things back off with a celebratory parade and a double-header weekend of competition at Wisconsin’s Road America on August 27th to 29th.

Following the National Park of Speed, the long awaited return to New York’s Watkins Glen International will greet teams and drivers on September 17th to 19th. Then it’s a trip down to Florida for the penultimate round of the championship at Sebring International Raceway on October 1st thru 3rd.

The Grand Finale of the season takes place again at Indianapolis Motor Speedway with the second running of the Indianapolis 8 Hour on October 15th to 17th in conjunction with globe trotting Intercontinental GT Challenge powered by Pirelli.

Grab your tickets and join us for an upcoming race weekend near you. While you’re here, be sure to check out the points standings, watch all year-to-date races, and keep up on the latest GT World Challenge America news.