On June 5th, 2021, the #19 DXDT Racing Mercedes-AMG GT3 took the checkered flag in the highly-competitive Pro-Am class at VIRginia International Raceway and, upon certification of the results, set that Saturday as an important part in Fanatec GT World Challenge powered by AWS history. The starting driver for the #19 Mercedes-AMG car, Erin Vogel, became the first woman in GT World Challenge America history to win in a highly-competitive class featuring high-caliber, professional drivers. In addition, Erin became the first woman to win in the Pro-Am category globally in any GT World Challenge championship. We spoke with Erin after the race to get her thoughts on the historic win and what it meant for her and for women in motorsport in general.

Now that you’ve had a week to absorb this historic moment, what are your thoughts on being the first female driver to win in a Fanatec GT World Challenge America powered by AWS race, as well as the first female driver to win in the Pro-Am class in the global GTWC championships, and with a female crew member, team manager and others as your support network this season?

This is a difficult question to answer. It’s very exciting, of course, to be on the podium at all. It’s always special to do something that will go down in the history books but the representation and the visibility is what’s really important. I’m just glad to be another voice and face in an ever-growing list of examples that women are equally as capable as men are in a race car. It’s an example I wish I’d grown up seeing more of, so it’s wonderful to be part of the momentum that is driving positive change.

It’s been really phenomenal to have the opportunity to work with more women this season. Erin (Gahagan) is a great team manager, she’s very tuned in to what’s going on and has great instincts about everything. Having Carly (Panneton) as our number 3 mechanic at VIR was the best thing that could have happened for us and I’m so glad we’re going to get to work together for the remaining races this season. She’s observant and picks things up very quickly, along with being incredibly calm and confident. Before we know it, she’s going to be running the ship - which is something that we would all welcome wholeheartedly! 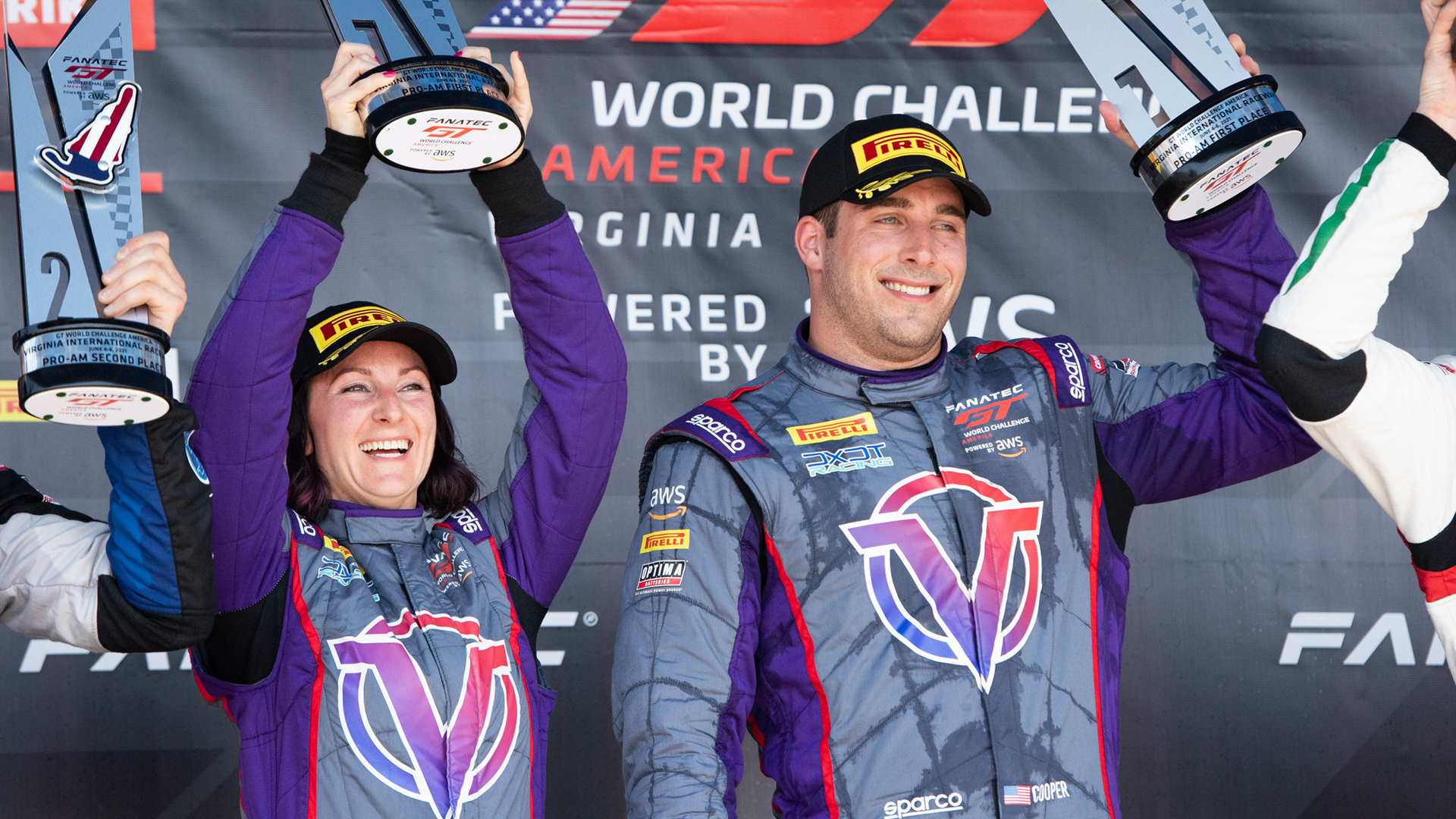 Tell us what piqued your interest in auto racing and how you’ve progressed from the start to your current status competing at the professional level?

I did my first track day in my Lexus IS sedan in 2009, at an Audi Club event I attended with my mom, dad, and younger brother - who had all been attending events for about a year. In 2014 my Dad and I wanted more, so we joined the inaugural season of racing at Inde Motorsports Ranch and in 2016 we started racing locally in SoCal with the Porsche Owners Club. Through a Porsche contact, I was eventually connected to Flying Lizard Motorsports, and after competing with them at the 25 Hours of Thunderhill at the end of 2018 we decided to put together a full season program in GT4. I ran GT4 with Flying Lizard for two seasons, and then made the transition into my current GT3 program with DXDT at the beginning of 2021.

I was certainly interested in sports cars and driving fast from a very young age; Barbie had a Ferrari just like the one Magnum PI drove, but Thomas Magnum clearly had more fun in his than Barbie was ever expected to do. When I started going to the racetrack in my mid-20s it actually contributed to some social anxiety in other areas of my life. It felt strange to do something so different, because it elicited very incredulous responses - to be a “girl” trying to do a “boy” thing. Ten years later the stigmas and peer pressure have far less hold over me, but I know those influences are difficult for young people to navigate. So I hope that my work here in GT World Challenge contributes to the effort to reverse those kinds of stigmas.

It seems as if you had a plan in place to get to the top; has everything gone according to plan?

I definitely wouldn’t say it’s all gone according to plan! I’m not sure anyone can say that very often in racing. We had a pretty tough season in GT4 America last year, and I’d be lying if I said it didn’t make me really disheartened about the whole endeavor. But I think despite that we’ve laid the proper groundwork - which mostly comes down to surrounding myself with really good people all along the way, and particularly in the past 3 years. Having the right people supporting the effort has helped me still have growth even in the trying times. And I’m learning that the “right people” comes down to personality as much as it does to skills. There are a ton of highly skilled people out there, but those people have to work well together - and that’s what we’re doing in a big way, within a team that’s really focused on that type of result at DXDT.

Do you feel as if your time in Pirelli GT4 America with the same co-driver (Cooper) helped set up this success in your first year racing GT3 machinery?

Absolutely. On the one hand, having a really difficult season in 2020 might have set me back personally in terms of my own development, but it also taught me how to deal with adversity and how to keep moving forward despite less-than-ideal conditions. Additionally, I was fortunate to be able to bring a handful of familiar faces with me when I signed with DXDT, like Michael, but also our engineer Jim, and Frank and Kaspar, who run our data systems and manage our tires. I think it’s easy to underestimate how much those little details matter, and how much that kind of consistency pays off in terms of everyone’s performance. So while it looks like I’ve completely changed ships, I’m really working with many of the same core people that I worked with the two years prior. 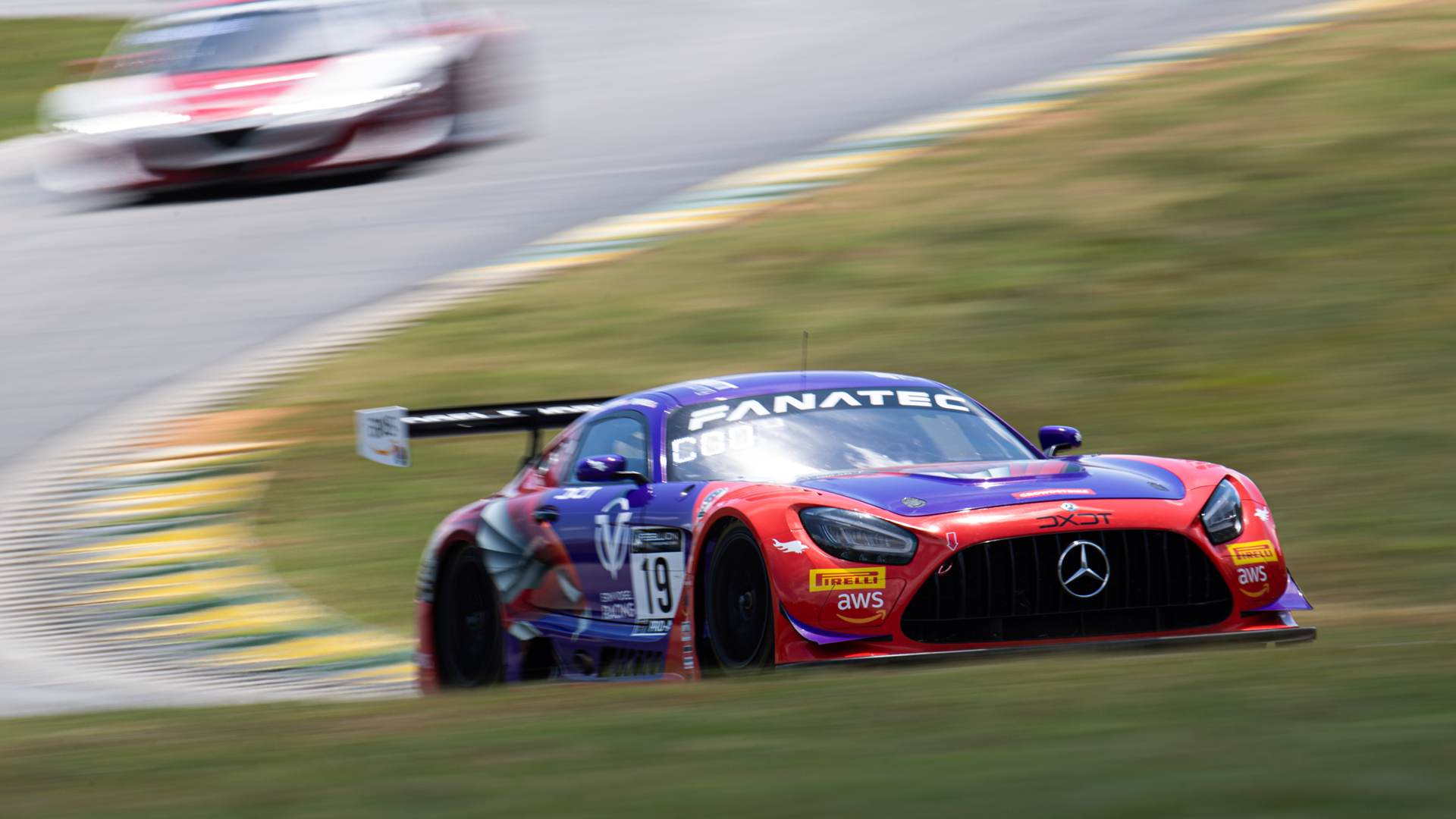 How have you adjusted to the Mercedes-AMG GT3 Evo and to your new team, DXDT Racing?

The transition has been very easy. DXDT has been incredible in welcoming us, giving us a huge amount of resources and knowledge on the Mercedes-AMG GT3 cars that they’ve been running for about 5 years now. Adjusting to the car itself was not nearly the challenge I expected, coming from GT4. The car is much more communicative and I quickly got up to pace in the sense that we immediately saw a similar offset in my pace compared with Michael’s to what I’d been running in GT4. So we’ve basically just picked up where we left off last season, and we’re continuing to work on cleaning up my bad habits from years of self-taught driving and racing.

What are your personal goals, highlight venues, and plans for the second half of the season when it returns from break in August?

Of course we would really like to be on the podium again, and I think we have the team and the crew to do it with this car. But I think beyond that just being consistently in the top 5 as we have been and making a really strong showing overall in the championship would be a great result for our first season with this car.

All of them! Each course is unique and has it’s challenges and rewards. Since we already won at my favorite track I can’t really say that any of the remaining venues is the most looked-forward-to. But I would say that I really love the fans at Road America, especially since some of my extended family lives nearby and I’ll get to visit with them while we’re there. I’ve never driven at the Glen but have always heard how much people love it, so that will be fun to tick off another circuit. I’m excited that Sebring was just added to the schedule as we tested there in January, and I had good pace and enjoyed the challenge of the track’s characteristic bumps. And I’m very much looking forward to the 8-hour in Indy, as that will be my first opportunity to do some longer stints since my last endurance race in 2018.

Any more advice for aspiring drivers or other parting words of wisdom?

I know there are so many young women in the next generation with talent and commitment, and who’ve been allowed opportunities that many women of my generation didn’t have. I just hope that even as an amateur competitor I can show any doubters that those young women should be taken seriously. I hope they’re given opportunities equal to their male competitors, paid equally compared with their male peers, and just generally treated as though they belong in motorsports rather than being treated as a novelty or a distraction. And I hope to be a good example of how to conduct oneself and earn respect, because there are a lot of other influences out there that can distract from what’s really important and what the true purpose of our presence should be.

Just be yourself. Don’t let a chip on your shoulder direct your interactions. Be genuine, be present, be dedicated, and always strive for growth - even at the pinnacle.
____ 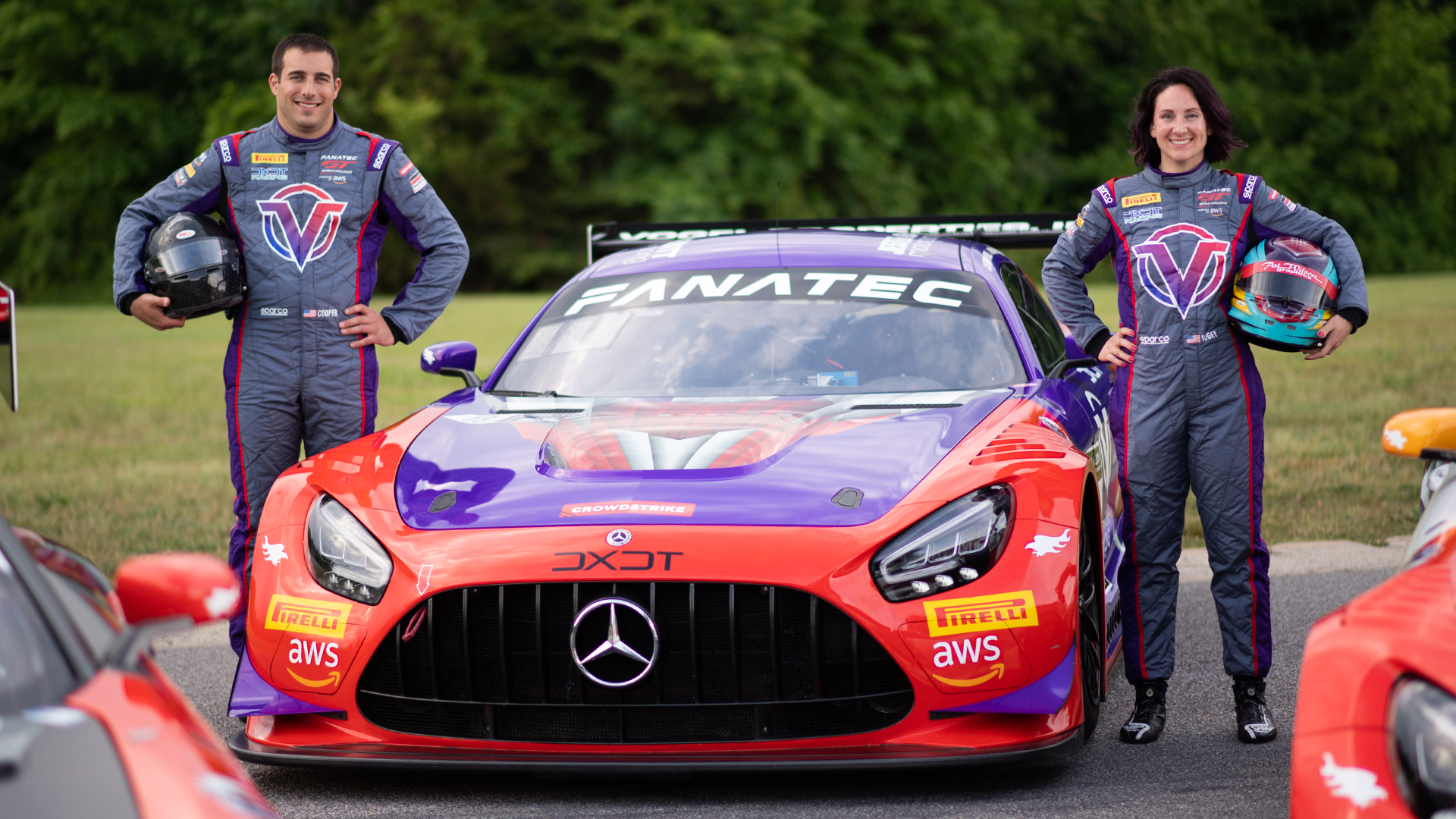