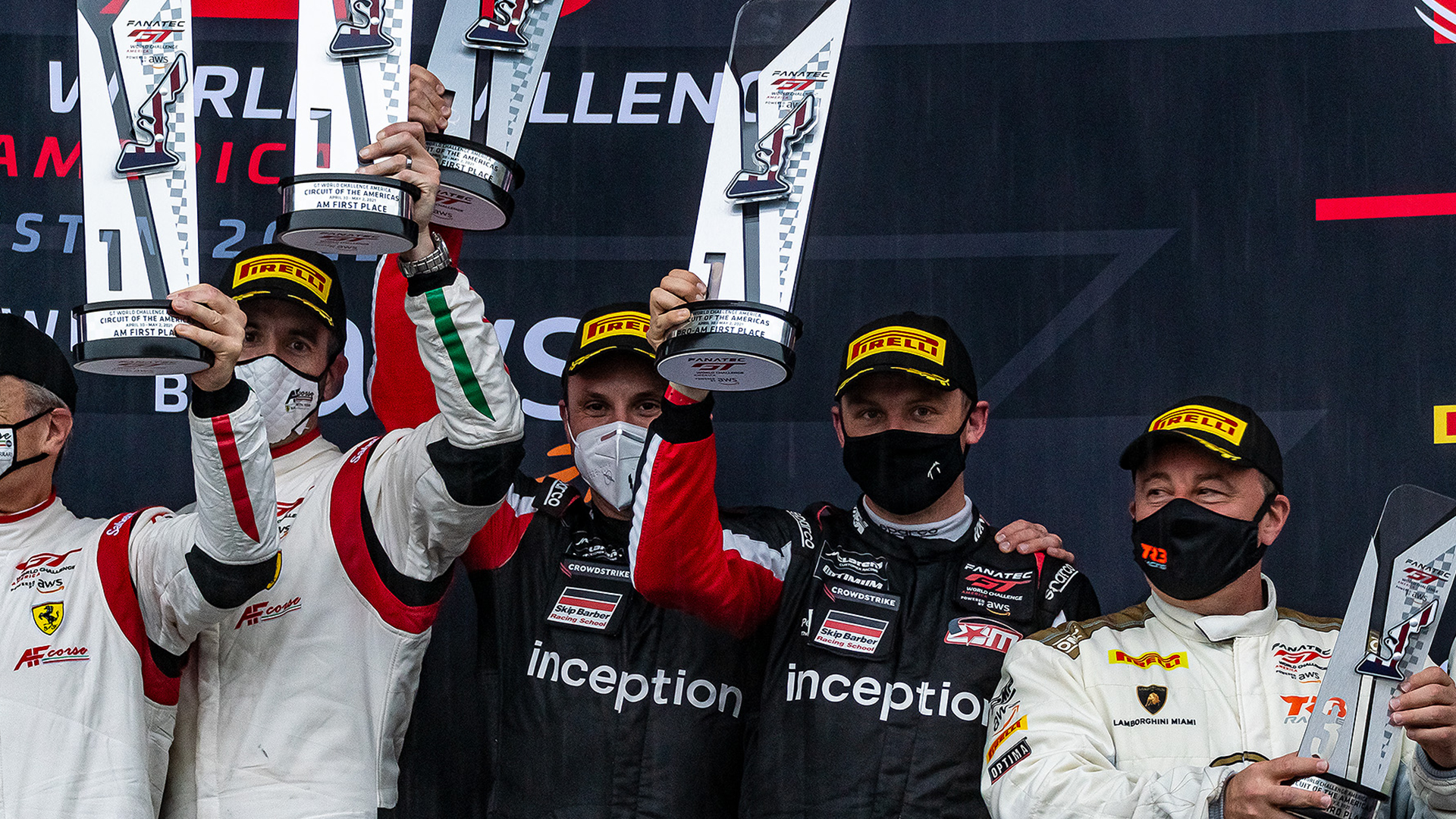 Brendan Iribe and Ollie Millroy teamed up in the #70 McLaren 720S GT3 once again, confident of a strong showing off the back of the pole position two weeks ago in GT World Challenge Europe Monza.

While the demands of COTA were new to the team, Brendan and Ollie did have prior experience of the circuit, albeit in differing equipment. The team worked through the setup programme in practice, enabling Brendan to qualify for the first 90-minute race of the weekend in fourth position overall, first in the Pro-Am class.

Damp conditions had prevailed for much of Saturday and the race was no exception. Brendan took the first stint, maintaining his class-leading position early on before pitting for wet weather Pirellis and handing over to Ollie in fifth position.  With conditions deteriorating quickly, Ollie was quickly up to speed, closing down a 12 second margin to Corey Lewis in the #6 KPAX entry and then taking the position. Now fourth overall again, he looked to make further gains, but sadly had to settle for position as the race was red-flagged due to standing water.

Having taken Pro-Am honours on Saturday, Sunday dawned dry, and it was a case of pushing on from 12th position on the grid. Ollie started the race, this time chasing Robby Foley in the Turner Motorsport entry. As the stint progressed, he made gains to run eighth overall, fifth in class before pitting. Brendan resumed in ninth, quickly moving up two positions to take the chequered flag P7 and third in the Pro-Am class.

In addition to the GT World Challenge America races, Brendan also took part in the GT America races over the weekend, recording fourth position in the opening event, followed by a dominant victory in the second. This capped off a sensational weekend for the Bronze-graded driver, further cementing his pedigree as a top-line Am racer.

With 40-points on the board after rounds three and four of the GT World Challenge America, inception racing vault to fourth position in the standings, despite having missed the opening two race at Sonoma Raceway.

Following the successful showing at COTA, the pairing now begin preparations for their GT Open programme which gets underway later this month at Paul Ricard. The duo will return for rounds five and six of GT World Challenge America in June.