Austin, Texas - There is no such thing as a slow weekend for Porsche customer racing team Wright Motorsports. This weekend, the Ohio-based effort heads to Circuit of the Americas in Austin, Texas for the next rounds of the Fanatec GT World Challenge America powered by AWS and GT America powered by AWS, where the team currently leads both championship efforts with Fred Poordad, Jan Heylen, and Charlie Luck. The SRO-sanctioned series will also see the weekend addition of IMSA’s Porsche Carrera Cup North America, in which Wright Motorsports has three entries. The four-day event will offer Wright Motorsports fans six races to watch, all available to stream live online for free as the team strives to extend their lead over the competition.

“Our drivers and entire team put in a really strong performance in our first SRO event at Sonoma Raceway,” said team owner John Wright. “It’s great to be entering rounds three and four with the points lead, and we’re all focused on taking our strong momentum all the way to the podium. It’s also great to have our Carrera Cup effort join the weekend. It’ll be a packed event, but we’re excited to get out there and on track.”

Fred Poordad and Jan Heylen had a successful season opener at Sonoma Raceway last month in the Fanatec GT World Challenge America powered by AWS. 2021 marks Poordad’s first full season competing in the Pro/Am ranks, and the gentleman racer has proven to be up for the task. Together the pair earned a first and second place finish in the Pro/Am class with the No. 20 Porsche 911 GT3 R, also securing one overall podium against full-pro lineups. This weekend, eleven cars will compete in the Pro/Am class, with sixteen total entries making up the field. The pair first raced together at Circuit of the Americas in 2020, securing two second place finishes. This weekend, they will again compete in two 90-minute races on Saturday, May 1 and Sunday, May 2. Both races will start at 1:15PM Central and air live on YouTube.com/GTWorld. Poordad and Heylen recently participated in a productive test at the Austin circuit, slated to start the competitive weekend from strong footing.

Fred Poordad
I am looking forward to COTA as it is always a challenging track and should make for exciting racing. The GT field is impressive and everyone will be amped up and ready to perform. We hope to be strong there and if we perform to our potential, we should do well.

Jan Heylen
We scored good points at Sonoma Raceway, leaving the track leading the championship. The goal is to extend our championship lead and hopefully do so with a couple more podium finishes. The car was really good here last year, on top of a very productive test here few weeks ago, where Fred showed great pace. We’re all excited to get the weekend started with Wright Motorsports in our Porsche 911 GT3 R. 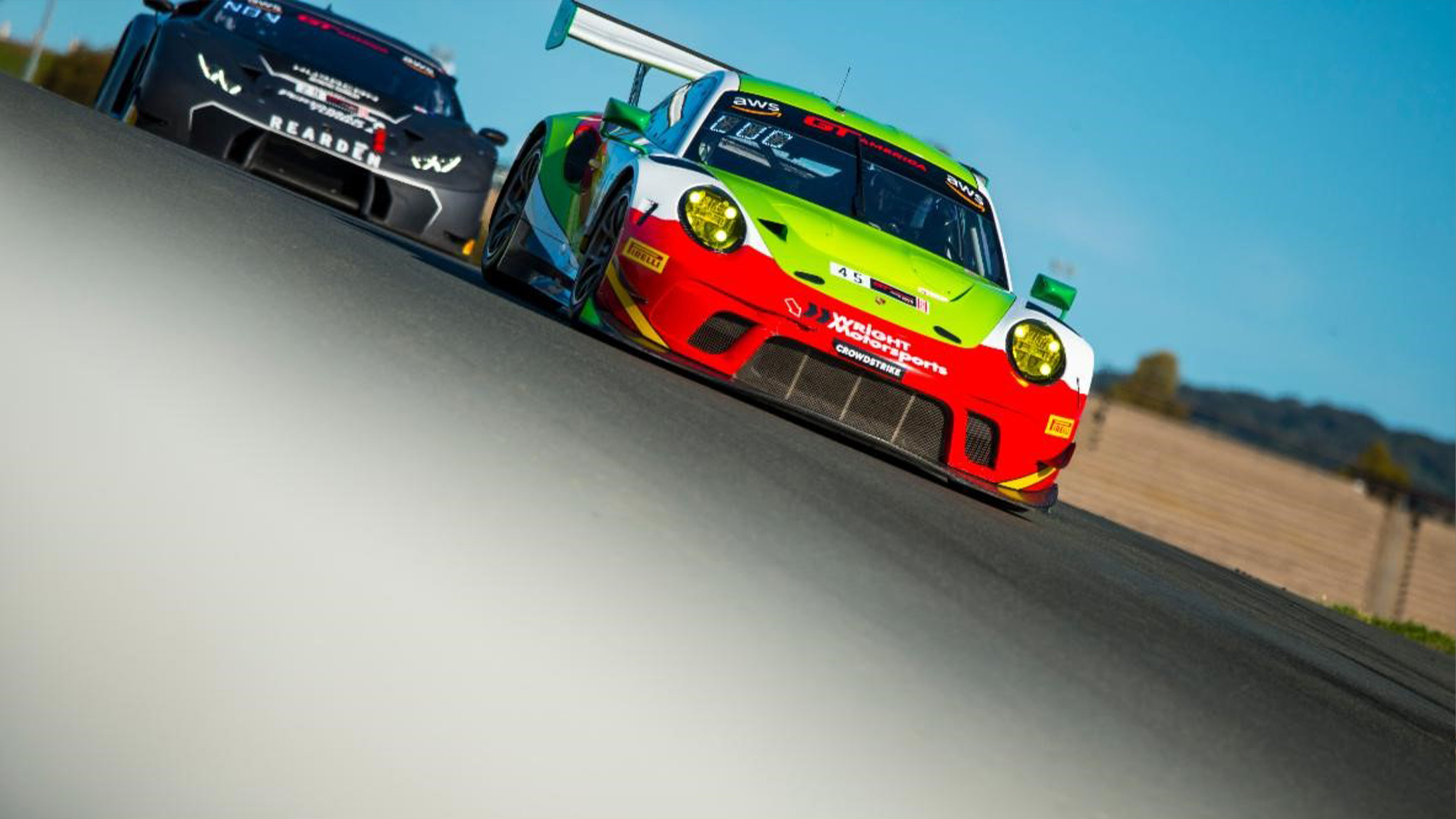 Charlie Luck’s debut in the new GT America series was nothing but impressive, in which the gentleman racer completely dominated both races from pole position to take the pair of SRO Masters class wins. The No. 45 Porsche 911 GT3 R also finished second on the overall podium in both races, due to smooth driving and consistent execution on track at Sonoma Raceway. Luck’s jump from the Porsche 911 GT3 Cup car to the Porsche 911 GT3 R has proven to be a successful one, and now Luck will take his success to the flowing corners of Circuit of the Americas. Each race will run for forty minutes, with no pit stops or driver changes. Race one will air live beginning at 4:45PM Central, followed by race two at 4:05PM, and both races will also stream live on YouTube.com/GTworld.

Charlie Luck
There’s a huge contrast between Sonoma Raceway and Circuit of the Americas. Going to COTA will take us into high-speed corners, which the Porsche 911 GT3 R is particularly capable of at whole other level compared to the standard GT3 Cup car. We also have the complexity of the esses, which require a perfect set up while avoiding the curbs. The track has also more normal corners in it, which are real blend of variety which is much more variable compared to Sonoma. This will be my first race in high-speed corners in this car, and I look forward to learning and getting better at that aspect of my race craft ad driving. I look forward to the weekend.