STATESVILLE, N.C. – Almost two months have passed since SRO America began the 2021 sports car racing season at Sonoma Raceway, and at long last, competition resumes this weekend at Circuit of the Americas. DXDT Racing, armed with a fleet of Mercedes AMG GT3 cars and a Honda Civic Type-R, will contest in six races in the Fanatec GT World Challenge America Powered by AWS, GT America Powered by AWS, and TC America powered by Skip Barber Racing School. Circuit of the Americas, the famed Formula 1 circuit in Austin, Texas, will host the three double-headers, serving up an action-packed weekend of diverse sports car racing on its 3.4-mile circuit.

The six-car team has seen a strong expansion from the 2020 season, and currently leads two of the three championships it has entries in. The team’s on track success is backed by a roster of talented drivers, strong engineering support, and experienced crew. With one race weekend complete this season, the team currently holds three pole positions, six podiums, four wins, and nine top-five finishes. This weekend at Circuit of the Americas, the team will continue to showcase their stout customer racing program across three double headers, in three race series. The sports car event this weekend at Circuit of the Americas will provide a wide range of racing of manufacturers from all over the world, something every race fan can enjoy. 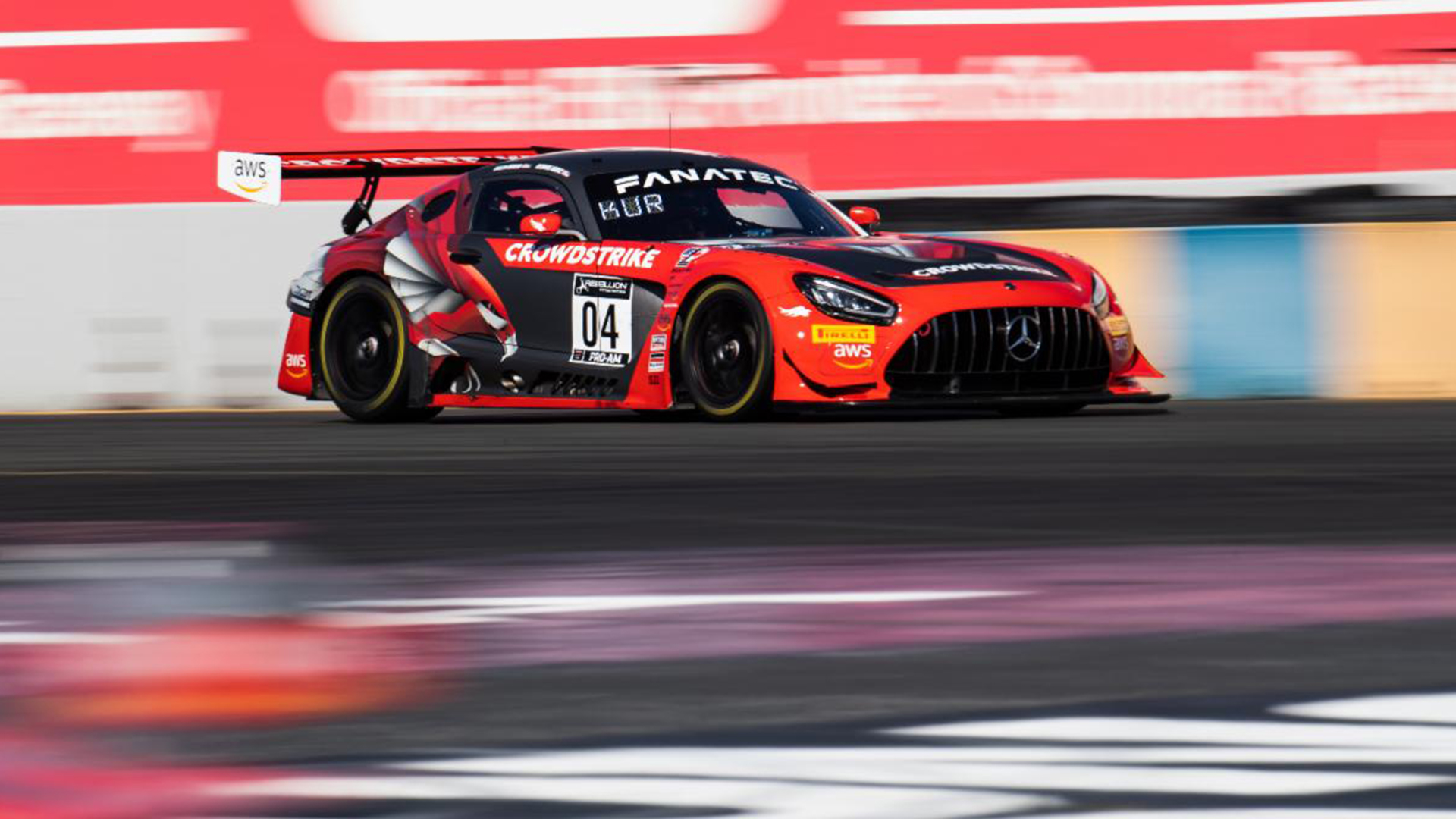 The GT World Challenge America series will headline the event, boasting 16 GT3 entries competing in three classes: Pro, Pro-Am, and Am. Nine different manufacturers will be represented in the event, with DXDT Racing proudly racing three of the four Mercedes AMG GT3 cars in the Pro-Am class. David Askew and Ryan Dalziel immediately got the season off to a strong start in race one at Sonoma, earning a second-place finish for the No. 63 AMG GT3. While they had some adversity in race two, the pair stand fourth in the Pro-Am points. In the No. 04 CrowdStrike Racing Mercedes AMG GT3, George Kurtz and Colin Braun took their turn to shine in race two, earning the team’s first Pro-Am win of the season, and securing second place in the championship standings. Erin Vogel and Michael Cooper narrowly missed out on a podium finish themselves at Sonoma Raceway, but the pair’s momentum will make the No. 19 Mercedes AMG GT3 one of the cars to watch this weekend.

The team recently ran a successful test at the Austin circuit in anticipation of the event and will certainly be a trio of strong contenders for each of the steps on the podium. After a day of two practice sessions, each driver will participate a 15-minute qualifying session. The Am drivers will qualify first, setting their grid position for race one, where after completing their first stint, will hand the cars over to the Pro drivers. The Pro drivers will finish race one, and the next day start race two based on where they placed in their own qualifying session. Each race will run 90 minutes, and have a required pit stop in which each car will receive new tires and undergo a driver change. Qualifying for race one and two will take place on Saturday, May 1 at 8:50AM Central, and stream live on YouTube.com/GTWorld. Both races will stream live on the GT World YouTube page at 1:15PM on Saturday, May 1, and Sunday, May 2. 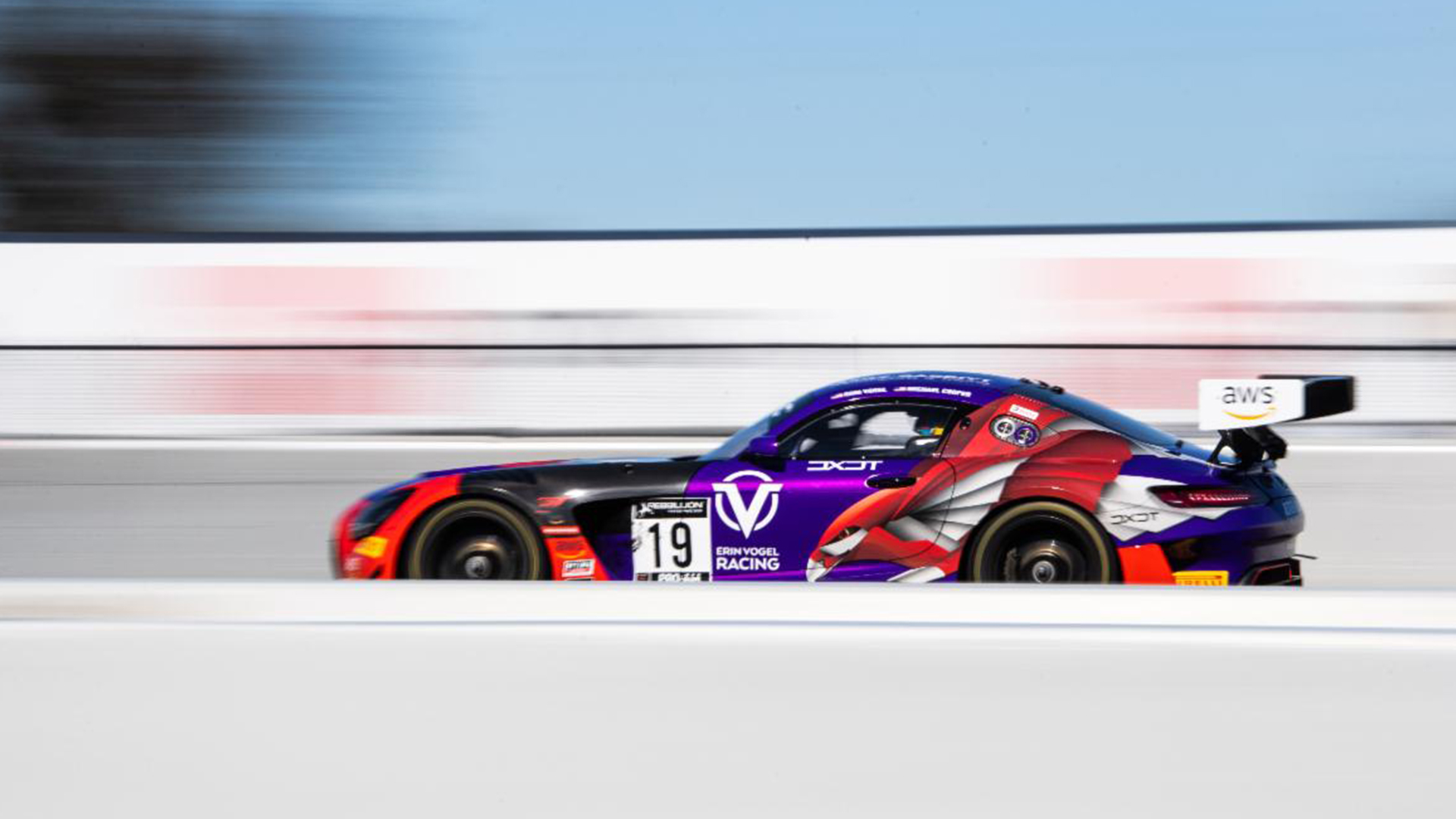 Can't wait to get back to COTA and back to racing. We've had two really good tests, one last January and one a few weeks ago. I think the drivers and cars are ready to go! I think the entire squad is ready to pick up where we left off in Sonoma where we won four out of the six races we entered. I think the Mercedes AMG is pretty good at Austin, so we'll see. I know the team is ready and really excited to get back to it.

Sonoma was a high and low event. So for sure the goal in COTA is two good races and get us back on track for the Pro/am championship. We have taken a little of a BOP hit for COTA but it’s typically a great track for the AMG so we have our heads down for a triples DXDT podium.

Our season is off to a great start. Colin and I have confidence and trust in our CrowdStrike/AWS/DXDT Mercedes-AMG GT3. We are all working together to continue to get the best performance and results for our entries. Our efforts are preparing us for another fantastic weekend at Circuit of The Americas.

To see how our momentum has carried over from 2020 is a great thing. I am really impressed with the focus from everyone within our CrowdStrike and DXDT programs. It’s early in the year but the teamwork and execution from the crew and our engineers is in mid-season form. I’m excited to get back to Austin and continue our strong run.

COTA is a challenging circuit with the F1-style corners at Turns 1, 11, and 12, and while there's a lot of elevation there isn't much positive camber in most of the corners to help with grip. I certainly notice a difference in performance at the F1 corners coming from the GT4 platform to the GT3 platform, so I'm excited at that potential. Texas is always a fun place to visit, and this should be a great time of year to race there.

We have some good data with the Mercedes around COTA from testing, so I'm hoping we'll pickup just where we left off. Erin and I are extremely focused on building step by step while collecting as many points as we can. DXDT has been very welcoming so far and the support from Mercedes has been great, so I'm very much looking forward to getting back to the track.