It all comes down to this: one final race at Autodromo Internazionale Enzo e Dino Ferrari at Imola for season two of the FCP Euro GT World Challenge America Esports Championship.

After four race weekends, SideMax Motorworks’ Michael Kundackcioglu heads to Imola with a nine point advantage over Racing Line Motorsports Troy Barman. Both have earned victories this season and will be racing Mercedes-AMG GT3 machinery this Sunday.

The circuit, named after the late founder of Ferrari and his son Imola, was recently added to Assetto Corsa Competizione with the 2020 GT World Challenge DLC. Imola was added to the GT World Challenge Europe powered by AWS calendar amidst schedule changes due to the Covid-19 pandemic.

The Italian circuit located just outside of Bologna features 19-turns over 3.05-miles and is one of the few circuits that runs counter-clockwise. Most infamously, Imola is known as the location of the 1994 Formula One San Marino Grand Prix where Aryton Senna and Roland Ratzenberger lost their lives.

With nine points separating the top two drivers, an additional five others are within striking distance if the leaders find trouble. Cody Blanton sits third in the championship, just 15 points out of the lead. WeatherTech Raceway Laguna Seca winner Nick McMillin finds himself in fourth after missing the first race of the season. Both are in Mercedes-AMG machinery.

Haupt Racing Team’s Lukas Müller is fifth in points after a tough Laguna Seca round earned him zero points. Bryan Heitkotter of Forsberg Racing sits sixth in the Nissan GT-R Nismo GT3 with Philippe Simard and his Ferrari 488 GT3 occupying the last spot with a chance at winning the championship.

Already a race winner, the second Mülle of the Haupt Racing team, Lucas, heads into the finale just outside of the championship hunt with nothing to lose.

Honda Performance Development GT3 Academy drivers Karl Wittmer and Dakota Dickerson will pilot the Acura NSX GT3 Evo in the field. Wittmer, the GT Rivals race winner,  is looking for luck to help him land on the podium with Dickerson returning for the last round of the championship to challenge the frontrunners with his teammate.

FCP Euro drivers Michael Hurcyzn and Nate Vincent have endured a steep learning curve in sim racing, making extensive progress to consistently move themselves up the field. Driving Mercedes-AMG GT3s, Hurcyzn and Vincent will shoot for the podium steps in their final esports race. 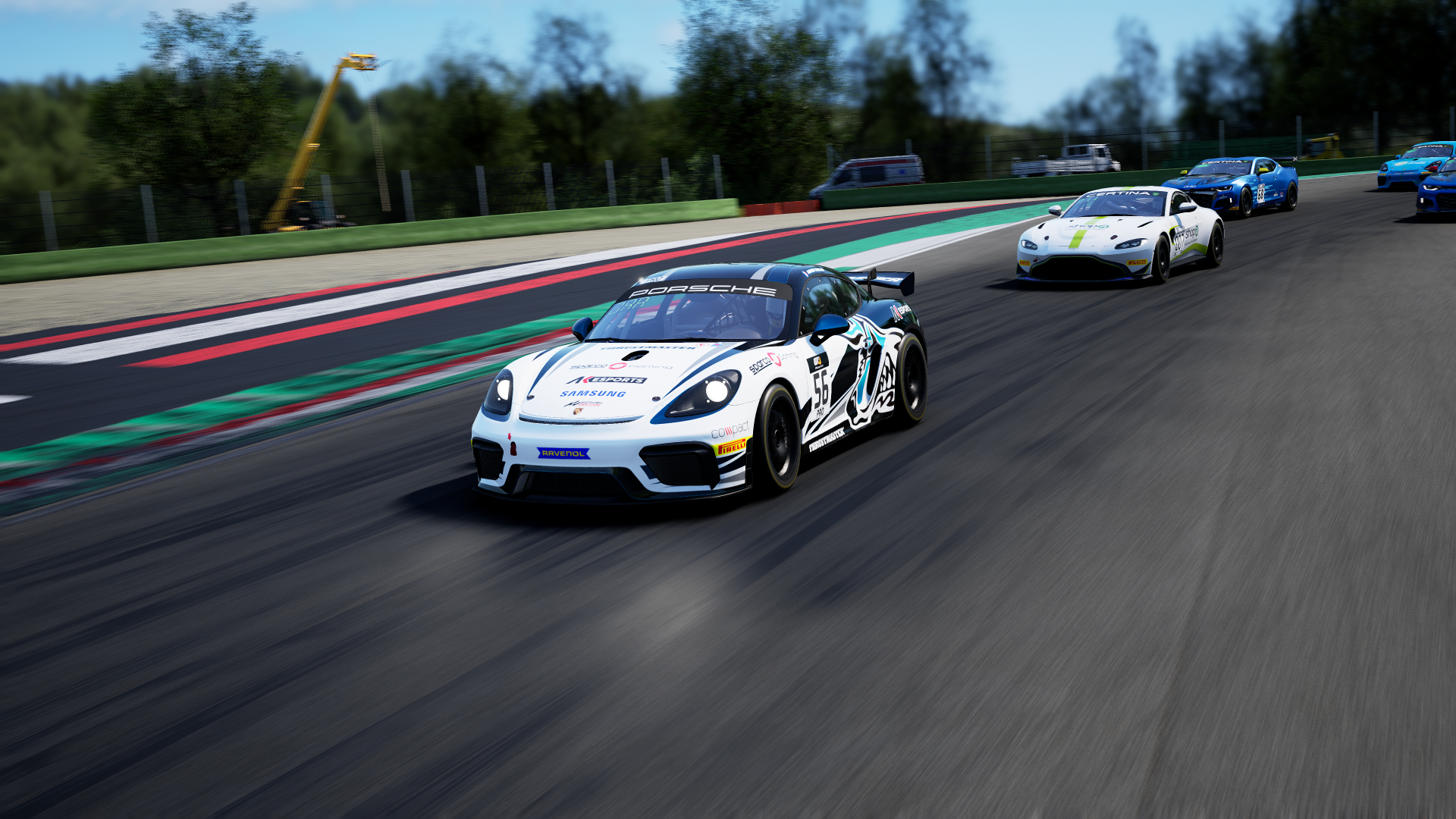 Aenore Cavillon in the Jean Alesi Esports Academy Porsche 718 Cayman GT4 comes into Imola having already clinched the GT4 championship. She dominated the competition with her impressive all-podium season, three wins and a third place finish.

The battle for the Vice Championship position is up for grabs between nine drivers who have a mathematical chance of claiming runner-up. Archer Brothers Esports’ Caleb John Lavender currently sits second in the Audi R8 LMS GT4, two points up from Cameron Sansano in the Mercedes-AMG GT4.

Brian Szabelski sits tenth in the championship with a chance to move up the ranks with a solid finish.

Laguna Seca race winner Mia Rose will make her second start. Teammates with Cavillon, the duo could find themselves in a battle for the overall win without fear of losing the championship.

How To Watch Live

The FCP Euro GT World Challenge America Esports action will be live on SRO’s network including YouTube (GT World), Twitch (SRO Motorsports), and Facebook. Tune in at 3pm ET for the start of qualifying, followed directly with the feature race.