The 90-minute contest was held under sunny, 76-degree Fahrenheit weather conditions. Pole sitter and Silver division competitor Shelby Blackstock, in the #93 Racers Edge Motorsports Acura NSX GT3 brought the field to green and launched successfully into the lead ahead of Pro/Am driver Sofronas, who started second in the #14 Porsche 911 GT3 R (991) and fellow Pro/Am driver Fuentes, who started third in the #1 Ferrari 488 GT3. Poordad, slotted in fourth behind them in the #20 Porsche 911 GT3 R (991.II). 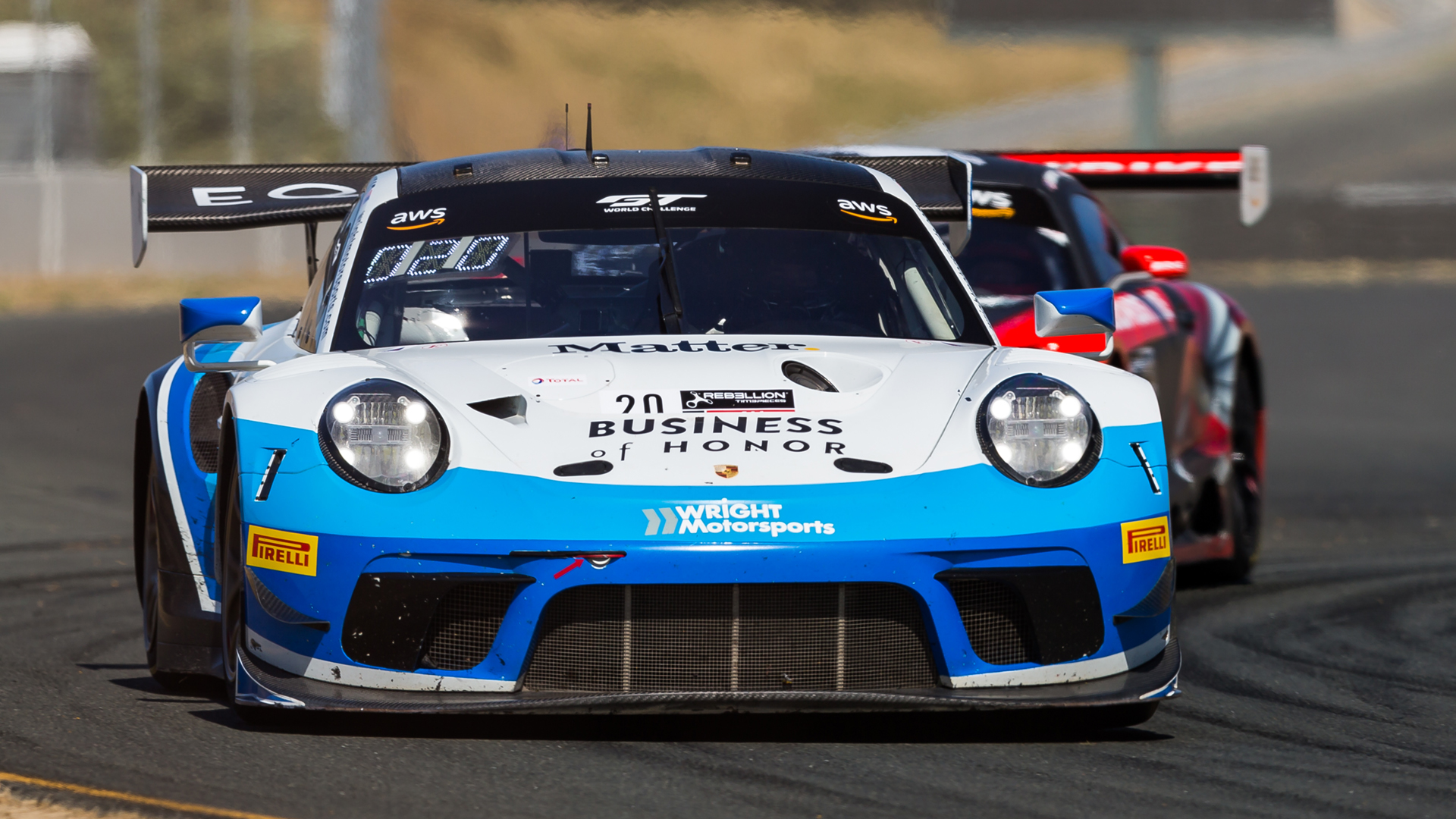 Blackstock hitting his marks deftly in the early stages of the race pulled away and grew his lead to over 15 seconds over Sofronas, while Fuentes maintained striking distance to the driver in the #14 machine. Behind Poordad who held fourth, a battle for 5th raged as Pro/Am driver George Kurtz in the #04 DXDT Racing Mercedes-AMG GT3 defended challenges from TR3 Racing's Ziad Ghandour in the #24 Ferrari 488 GT3. Then on Lap 20, Sofronas ran wide through turn 7 allowing Fuentes to move into second overall and first in Pro/Am. 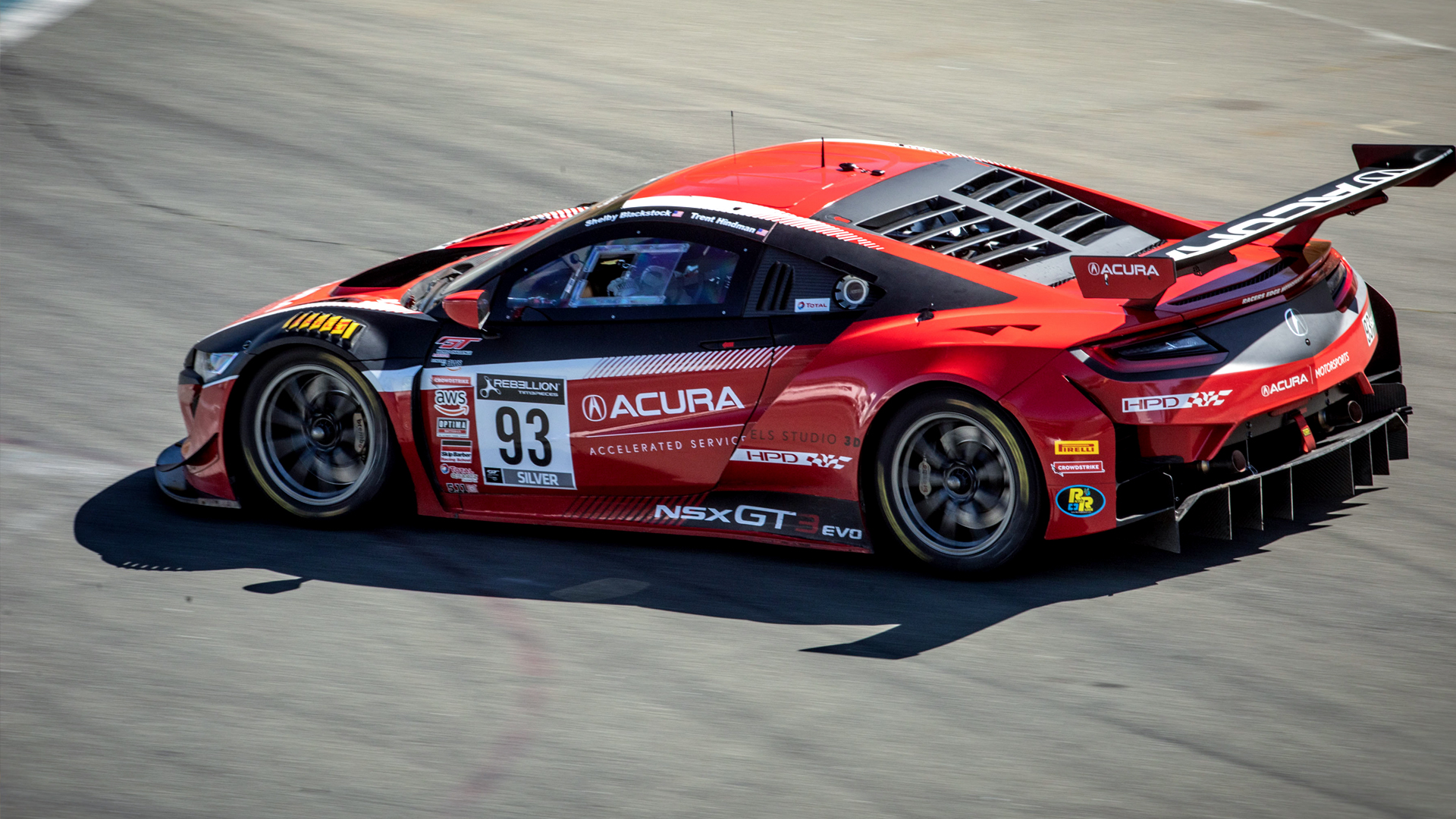 Baptista moved into the overall lead, with Bleekemolen second, Root third. Baptista then went to work building up a 14-second lead, but with just over 15 minutes remaining officials issued a full-course yellow to clean up debris through turn 9. Baptista's lead evaporated and the field bunched up for the restart of the race. With under 10 minutes remaining in the contest, Baptista led the field back to green and launched successfully into the lead. Action behind him was heated as Bleekemolen successfully thwarted Root's challenge through turn 2. Root then in turn had to fend of challenges from Colin Braun, who had taken over the reins of the #04 machine from Kurtz. With battles raging behind him Baptista built his lead to 3.2 seconds and at the checkered, crossed the line 2.074 seconds ahead of Bleekemolen.

"We had a big gap before the safety car came out," said Baptista. "I was hoping the guys behind me would start battling on the restart and that's what happened. "Rodrigo did a great job, we were stressed out when the yellow came out," said Fuentes. "We are happy, we are back in the lead in the championship."

"We are trying to shoot for overall podiums," said Root. "The Wright Motorsports car was fantastic today. We had an opportunity today and we took it to finish on the podium."

Results are provisional until posted final. With the win, Fuentes and Baptista unofficially take over the lead in the Pro/Am championship standings. Competitors now get ready for Sunday's Round 6 scheduled to start at 1:15pm. The race will be streamed live on youtube.com/GTWorld and broadcasted live on CBS Sports Network.