From the drop of the green, pole sitter Alvaro Parente from Portugal in the K-PAX Racing #9 Bentley Continental GT3 assumed the lead through turn 1 ahead of second-on-the-grid Serra from Brazil behind the wheel of the #61 R. Ferri Motorsport Ferrari 488 GT3. Brazilian Rodrigo Baptista who started third in the #3 K-PAX Racing Bentley Continental GT3 slotted in behind Serra. American Patrick Long in the #58 Wright Motorsports Porsche 911 GT3 R went from sixth to fourth on the opening lap. 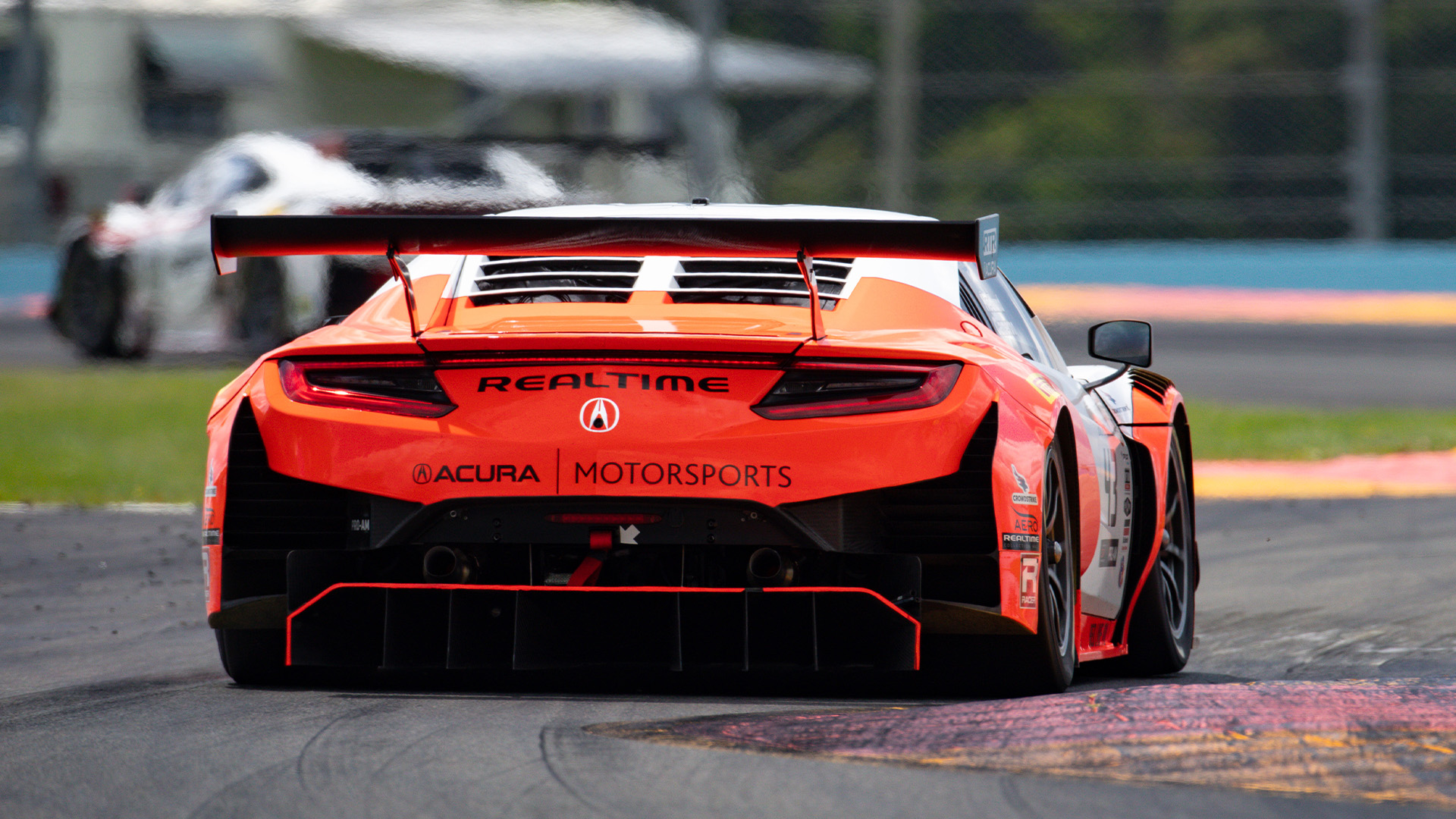 US-based Hedlund, who started 8th overall and second in Pro/Am moved up into the lead around Wright Motorsports driver American Anthony Imperato in the #91 Porsche 911 GT3 R, while American Christopher Gagnazzi in the #19 One11 Competition Ferrari 488 GT3 slotted into 10th overall and first in the Am category.

Through lap 10 the leaders continued to hold their positions with Parente building a four-car lead over Serra. On lap 11 Am leader Cagnazzi spun through turn 9 and before he could gather up his #19 machine and return to the track, American Issa, in the #7 Squadra Corse Ferrari 488 GT3 moved into the lead in class.

Through laps 15 to 18, Parente gradually increased his lead over Serra to 3.1 seconds before the pit window opened with just over 48 minutes remaining in the contest. Drama ensued as the leaders entered pit road for the driver changeover. Parente was slowed coming into the pits by another competitor allowing Serra to remove the gap gained on the track. The R. Ferri team was then able to execute a seamless pit stop and Vilander, who took over from Serra, exited the pits ahead of Andy Soucek who assumed the reins from Parente.

The leaders all held their positions to the checkered – Vilander won by 2.8 seconds over Soucek. In Pro/Am Cameron won over Olsen, who had taken over for Imperato, while Fuentes won over Japan’s Takuya Shirasaka (teammate Naoto Takeda) in the #96 Turner Motorsport BMW F13 M6 GT3.

“It's my first time here (at Watkins Glen) so my race went amazing,” said Issa. “I always say to win you have to be present so at the end of the day while I lost a little (time through) the bus stop (section of the track) I just thought about keeping consistent laps and remaining focused.”

“Starting in second wasn't optimal, but it was a solid qualifying and I know we had a solid race pace after running the car yesterday,” said Hedlund. “My main goal was to start clean and I didn't want to get us in trouble early, so I took the outside and was able to get around (Imperato) to take the lead. The RealTime guys did a perfect job on the pit stop and we had a clean driver change plus the lead.” 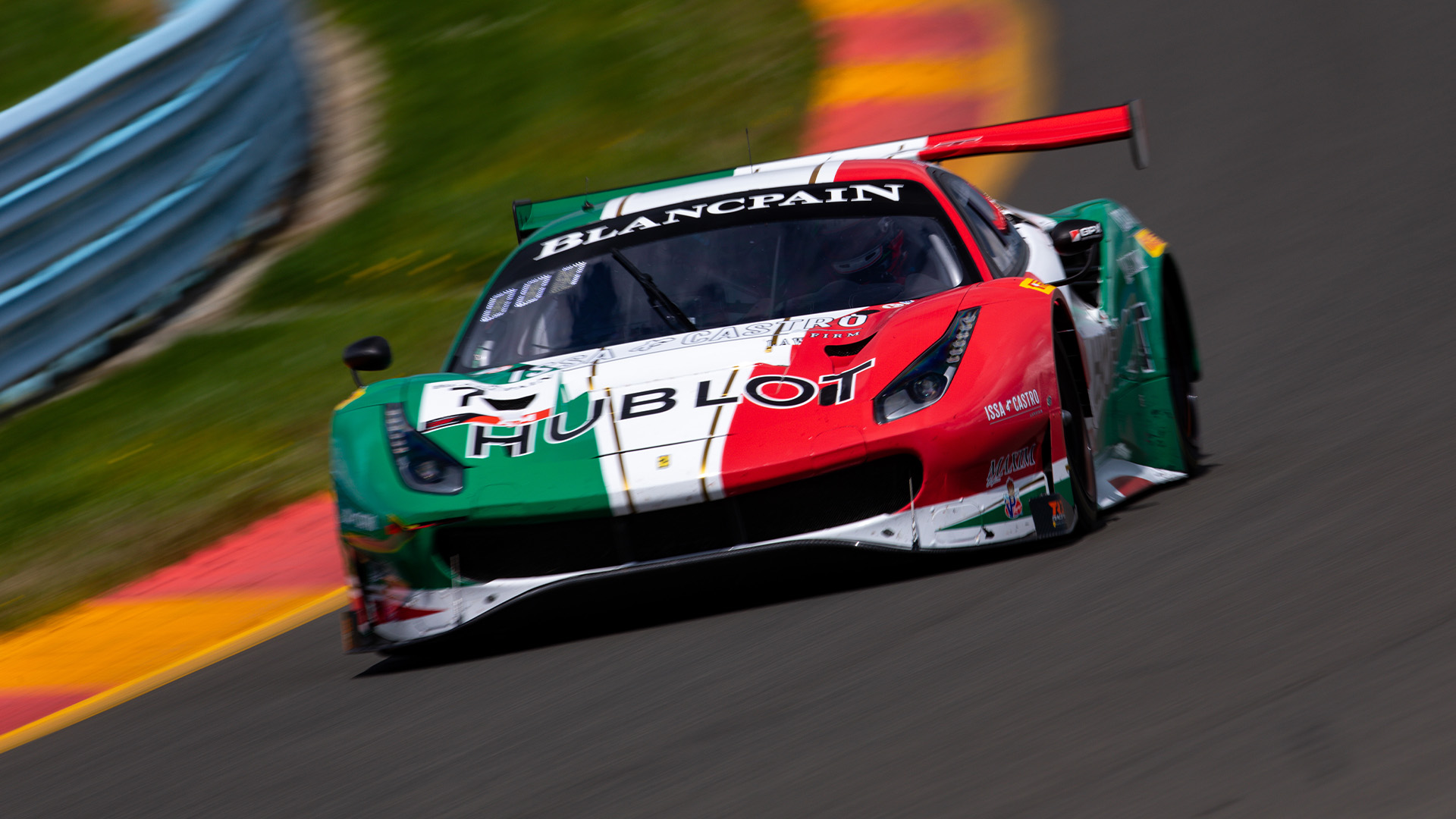 “This is my first time in this championship and it's probably the only race this year (for me) as Miguel (Molina) is coming back to race with Toni so I'm happy that I could help him win this race and extend the championship lead,” said Serra. “The team did an amazing job on the pit stop, we were able to overtake Parente, we were a bit lucky with some traffic. The team did an amazing job and I feel good to come here and help.”

Results are provisional until posted final. Blancpain GT World Challenge America teams and drivers now get ready for Sunday’s Round 10 race scheduled for a green flag start at 3:15 pm EST. US-based fans can watch the race live on CBS sports Network, while world-wide fans can watch the race via the live stream at https://www.gt-world-challenge-america.com/watch-live.