Molina Will Head Grid for Round 7, Campbell for Round 8

In the first 15-minute segment for Round 7 qualification, Pro category driver Spaniard Andy Soucek, in the #9 K-PAX Racing Bentley Continental GT, set the early top time of 1:38.526 as tires came up to temperature. Molina, driving the R. Ferri Motorsport #61 Ferrari 488 GT3 then eclipsed the top time with a 1:37.667. He then improved his time to a 1:37.310 that would hold for the pole – he will co-pilot with Finland's Toni Vilander. Canadian Scott Hargrove, piloting the #58 Wright Motorsports Porsche 911 GT3 R will start second after posting a 1:37.861 – he will co-pilot with California’s Patrick Long. K-PAX's #3 Bentley Continental GT3 piloted by Rodrigo Baptista from Brazil will start third on the grid (1:37.936) (co-piloting Maxime Soulet from Belgium). Soucek, co-piloting with Alvaro Parente of Portugal, will start 4th on the grid (1:38.190).

In the Pro/Am category, championship points co-leader Martin Barkey, in the #80 Racers Edge Motorsports Acura NSX topped the charts early with a 1:40.739 only to have Mike Hedlund of Redwood, Calif. racing at his home track top the charts with a 1:38.876 – Hedlund is co-piloting the #43 RealTime Racing Acura NSX with Dane Cameron. The time was good for 6th overall on the grid.  American Anthony Imperato piloting the #91 Wright Motorsports Porsche 911 GT3 R will start second in class, 8th overall after posting a 1:38.952 – Imperato is co-piloting with Campbell.

Am competitor American Casear Bacarella (co-piloting with Martin Fuentes from Mexico) in the #7 Squadra Corse Ferrari 488 posted a time of 1:41.008, 15th on the grid. 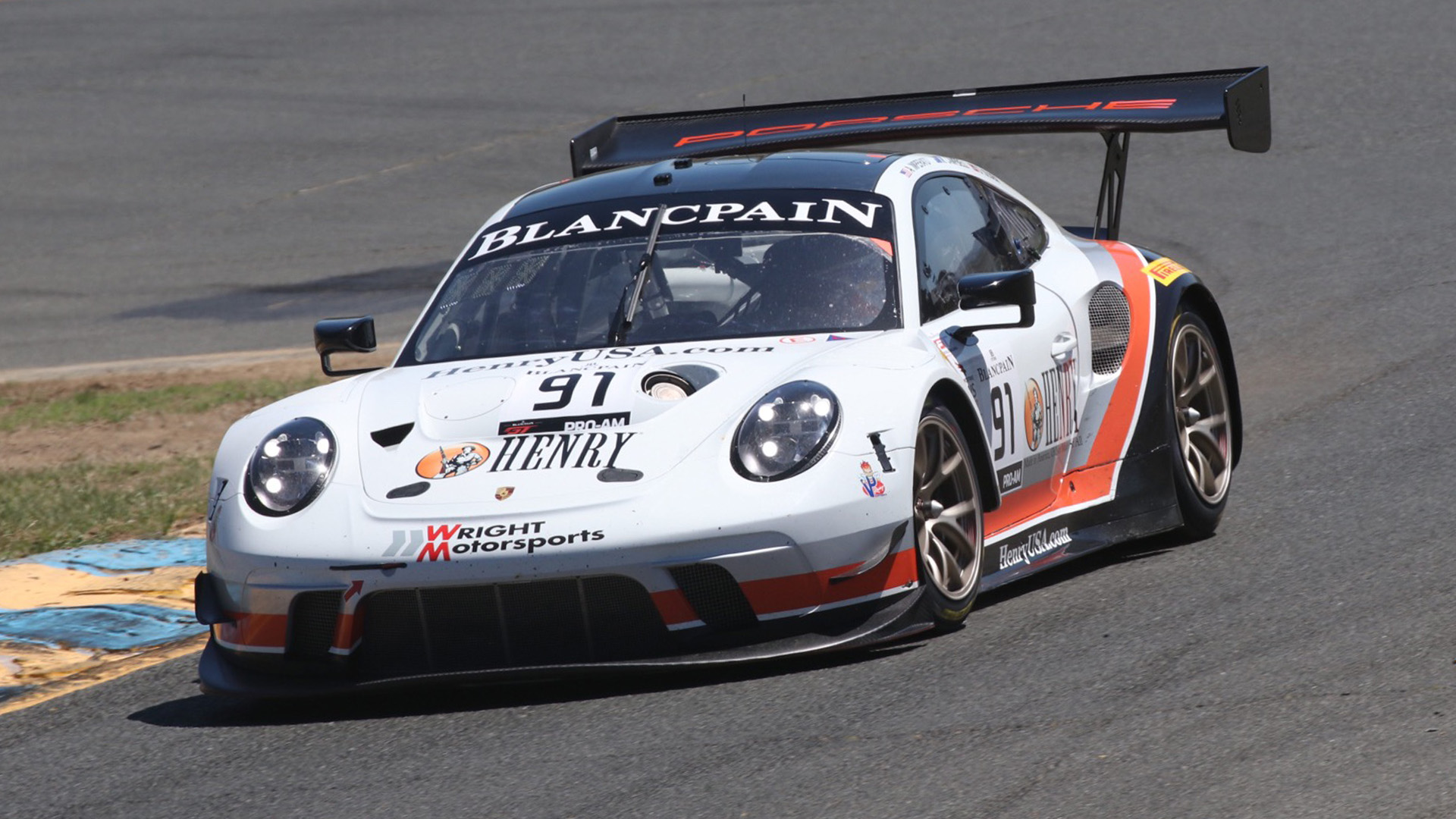 The second 15-minute segment for Round 8 qualification saw first session drivers hand over the reins to their co-drivers. The session was action-packed with a flurry of drivers setting times topping the charts. Nearing the end of the session Vilander’s 1:37.013 seemed to be the time that would score the pole, but Pro/Am competitor Campbell rocketed to the top with a 1:36.672. Vilander’s time held for second on the grid. Long’s time of 1:37.299 was good for third starting position.

Southern California based GMG Racing will have their #14 Porsche 911 GT3 R starting 4th on the grid and second in the Pro/Am category after Dirk Werner posted a 1:37.483. Team Principle/driver James Sofronas will co-pilot with Werner.

Races will be streamed live on gt-world-challenge-america.com, with Sunday's contest live on CBS Sports Network.