21 cars are set to compete in this weekend's GT World Challenge Esports America Endurance Championship round at Monza, the second leg of a three-race championship.

Headlining the entry list for the three-hour round is newly-minted double Sprint champion Michael Kundakciaglu who is set to share his FFS Racing Ferrari 488 GT3 Evo with Killian Ryan-Meenan who won the Sprint finale at Suzuka one week ago.

Chris Severt, who finished third in the Sprint standings, looks to improve upon his runner-up result in Round 1 of the Endurance season alongside Tinko van der Velde. That duo was joined by Sam Cairns in the No. 66 SideMax x Black Hawk Racing McLaren 720S GT3 in the 12-hour race at Bathurst that served as the Endurance championship curtain raiser.

Bathurst winners Josh Staffin and Nicolas Hillebrand are back together in the No. 93 Acura NSX GT3 Evo entry from HPD JAS Pro America. The team's sister No. 94 entry with drivers Zach Patterson and Cardin Lu will aim to improve upon a fifth-place run in the season opener.

A four-car Mercedes-AMG GT3 Evo contingent for the Monza round is led by CrowdStrike Racing's pairing of Kevin Boehm and Sam Michaels who teamed with Scott Michaels to complete the podium at Bathurst.

PPR Esports has a pair of Silver Arrows entered with Hungaroring Sprint winner Jordan Grant-Smith and Taha Malih set to share the No. 3 car while Niels van de Koekelt and Cody Blanton are listed alongside the No. 4 entry. TSE Racing – Crazy Canucks and drivers Hamza Gulzar and Mark LeClerc are entered in the remaining Mercedes.

Bentley has representation from PPR Esports with a single Continental GT3 for Cody Pryde and Renato Dornelles as well as TSE Racing – Equus for Tadas Liutkus and Dirk Groeneveld.

Elsewhere in the field, BMW M6 GT3s from TSE Racing – Blitz and Unsponsored Talent have driver pairings of Vadim Molla and Zach Kunin and Brian Kannappan and Thiago Chiquetto, respectively.

Beyond the FFS Racing entry for Kundakcioglu and Ryan-Meenan, two additional Ferraris are set to compete at the Temple of Speed. AWS Racing has CrowdStrike Cup regulars Roman Alekseenkov and Bill Clark looking to bounce back from a DNF at Bathurst, while Ryley Murdock and Alberto Alvarez are due to drive in the No. 877 from SOP Esports Racing America.

TSE Racing is well represented with two additional entries: Grant Klinsing and Paul Seymour in the race's only Audi R8 LMS GT3 Evo and Walker McAnulty and Michael Parker in a McLaren 720S GT3. An additional McLaren from Williams Esports has a lineup of Igor de Oliveira Rodrigues and Phelipe Roberto.

Rounding out the field are #GTRivals champion Bryan Heitkotter and Nick McMillen in a Forsberg Racing Nissan GT-R Nismo GT3 plus two RacinSimTools eSports duos: Szyymon Salamon and Simon Fisher in a Porsche 911 GT3 R and Nicolas Alvarado and Marcus Landrix in an Acura. 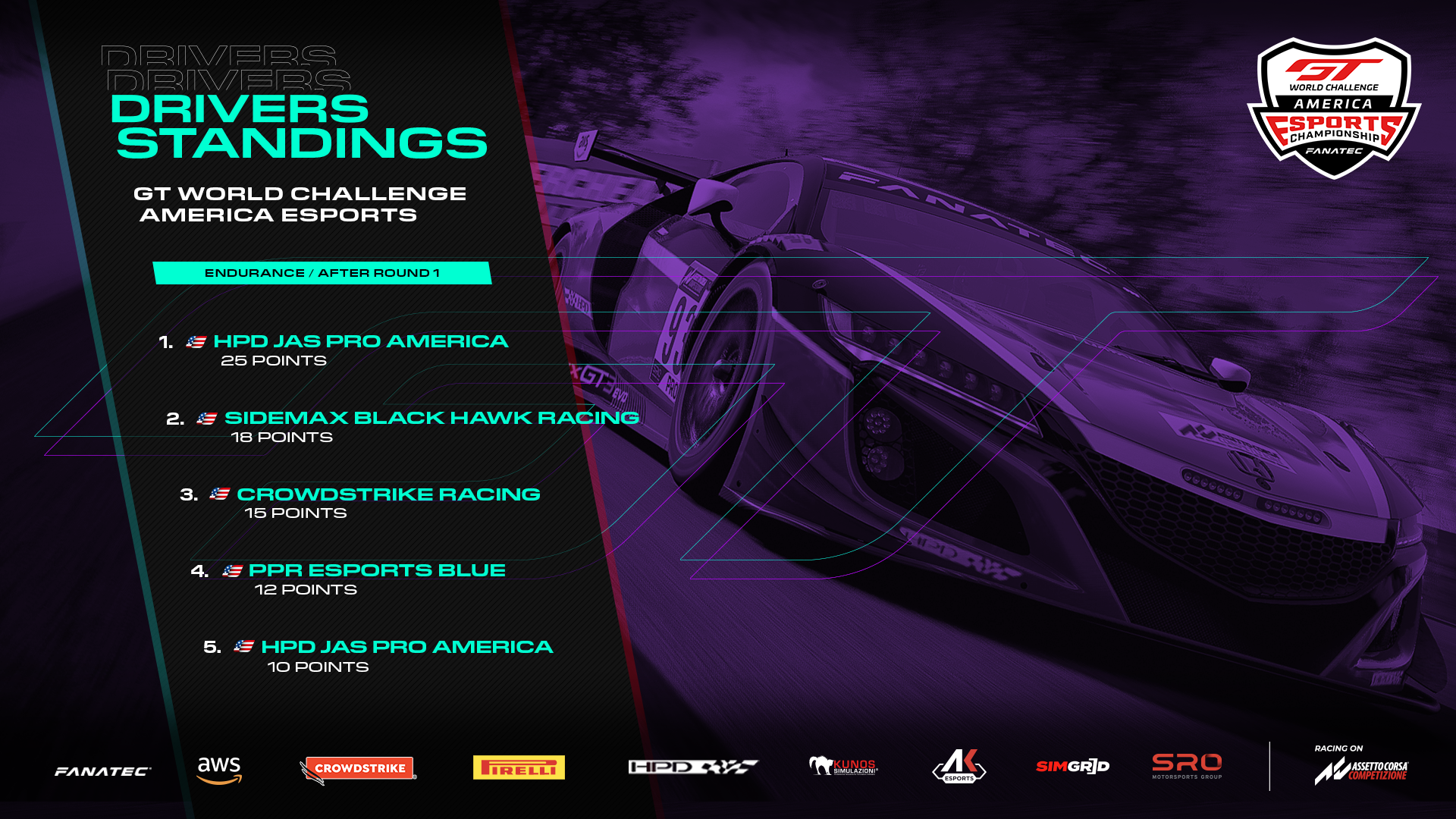