Craft-Bamboo Racing will make its first Intercontinental GT Challenge Powered by Pirelli appearance since Bathurst 2020 at the Indianapolis 8 Hour Powered by AWS next month (October 15-17).

The Hong Kong squad has been nominated by Mercedes-AMG to score points towards its Manufacturers' Championship and, as such, can count on three factory stars: Maro Engel, Jules Gounon and Luca Stolz.

Engel and Stolz both raced for the team at Bathurst where a late puncture consigned the crew to fifth. Incidentally, Gounon won the race for Bentley before joining Mercedes-AMG's factory roster at the start of 2021.

Indeed, the Frenchman is the only one of the trio to have raced at Indianapolis after qualifying third there last season. It will be the first time that Gounon has partnered Engel and Stolz who share a car in Fanatec GT World Challenge Europe Powered by AWS.

The #99 Mercedes-AMG will be suitably dressed for Craft-Bamboo's maiden US outing thanks to the team's partnership with US autoparts specialist, Mooneyes.

The striking yellow and black logo will be familiar to fans of drag racing and hot rod culture where the iconic 'eyes' branding - illustrated by a Disney artist - first appeared in the late 1950s. However, the Indianapolis 8 Hour will be its first association with endurance racing.

"To say we are excited to be back into the international GT competition is an understatement," said team director, Darryl O'Young. "We knew going into this event the logistical complexities of racing in America during the pandemic, however, we also recognised the great importance for the team to get back on track.

"We are very focused on preparing well for this event, in order to give our drivers, engineers, and crew the best opportunity to win the Indy 8 Hours. With the support of Mercedes-AMG Customer Racing, we have a very strong driver line-up and technical support, so our target is to deliver and go for the win.

"We are also grateful to have Tarmac Works as our event title partner to create this stunning Mooneyes livery, which brings a piece of American motorsport history into our entry. We have all the ingredients to fight for the win, now we just need to execute."

Stolz added: "I am really happy to join Craft-Bamboo Racing again. We have had some great success together in the past - had a good race in Suzuka 2 years ago and also showed some good speed at Bathurst. The team always does a great job. This time we are also joined by Jules Gounon, who is a good friend of mine. I am really looking forward to the race. It’s cool to be back in America and I hope we can make it to the podium."

Tickets for the Indianapolis 8 Hour are on sale at bit.ly/indy8hour 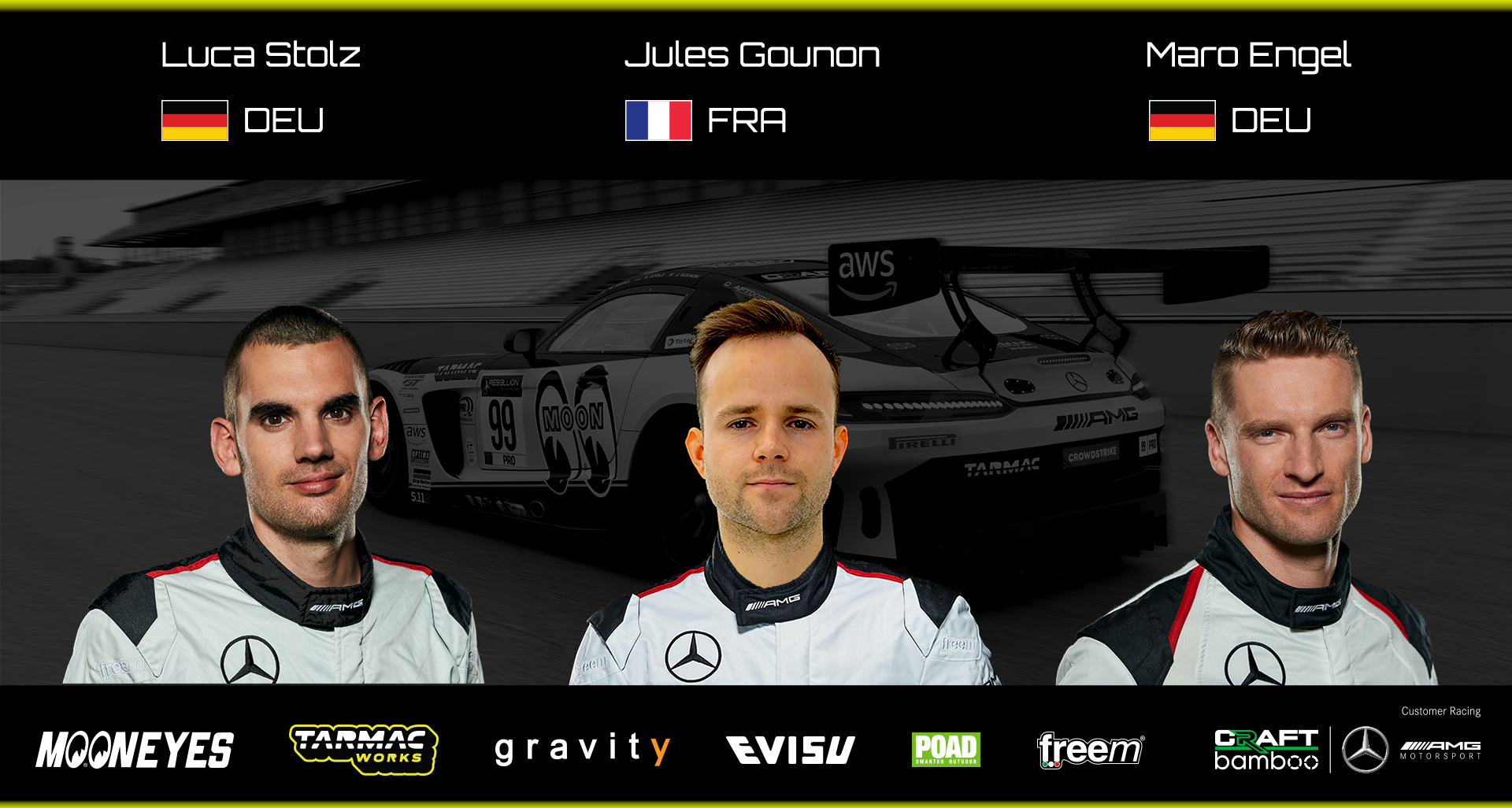