Alton, Va. - After a series of unexpected events and resulting consequences, a shaken and stirred VIR field closed out the weekend with the #33 Winward Racing Mercedes-AMG GT3 team on the top step of the pro podium, the #77 Compass Racing Acura NSX GT3 team taking home the Pro-Am top honors, and the #61 AF Corse Jean-Claude Saada Team keeping it together for the win.

At the drop of the green flag, Ollie Millroy (#70 inception racing McLaren 720S GT3) suffered a mechanical issue that drove the car into the pits, where it was retired after a broken suspension diagnosis. Meanwhile, the FCY called for debris on the track restarted on the fourth field circuit when the #3 K-PAX Racing Lamborghini suffered an extended off-road excursion and required a pit-stop for repair. Soon after that, Colin Braun, in the #04 DXDT Racing Mercedes-AMG GT3 also suffered a mechanical issue that would retire the car for the rest of the race and put Robby Foley in the #96 Turner Motorsports BMW F13 M6 GT3 up three positions. 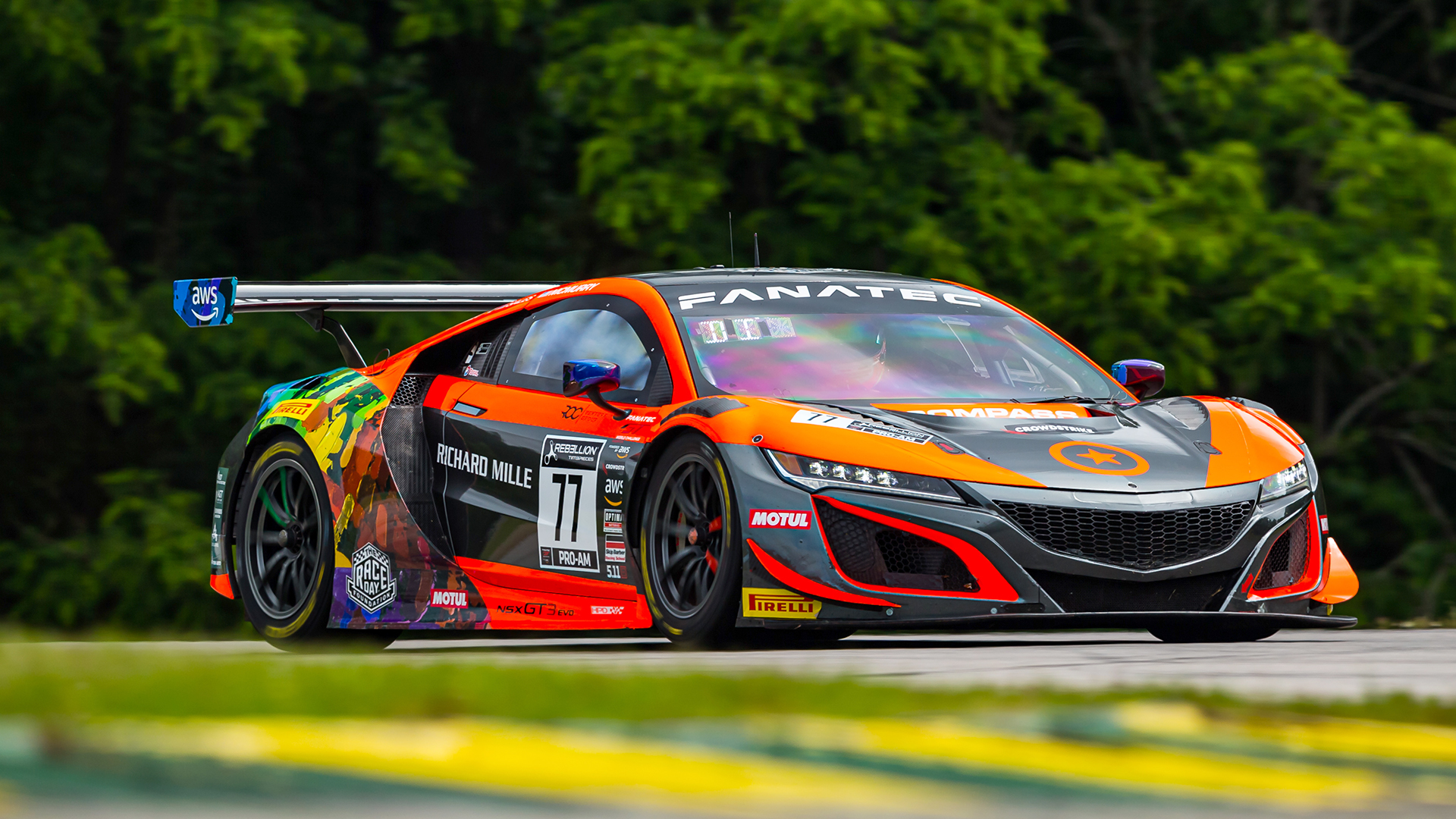 As the field shrank, Heylen and Grenier's battle for the overall spot pulled steadily away from the rest of the field, which consisted of several battles for in-class positioning prior to the mid-race pit window opening. A strategic early pit entry for the #6 K-PAX Racing Lamborghini Huracan GT3 paid off in dividends as co-driver Corey Lewis found himself able to contend for second in-class, which he finally took from the #96 car in lap 27. Around the same time second-stint Winward driver Russel Ward was able to take the #20 car for the overall and class leads, a lead that grew even further when Poordad was forced to serve a Drive-through Penalty for a pit-lane infraction during the mandatory change.

A few laps later, Michael Di Meo was able to motivate the #77 car past David Askew in the #63 to take the class lead. Poordad was able to recover the second position when #63 DXDT Racing Mercedes-AMG driver David Askew briefly spun off-track and recovered, but not without allowing Poordad and Taylor Hagler (#93 Racers Edge Motorsports Acura NSX GT3) to pass. The resulting front-field race order held until the checkered flag dropped and two teams in two separate classes got their first taste of top-step victories in the series. 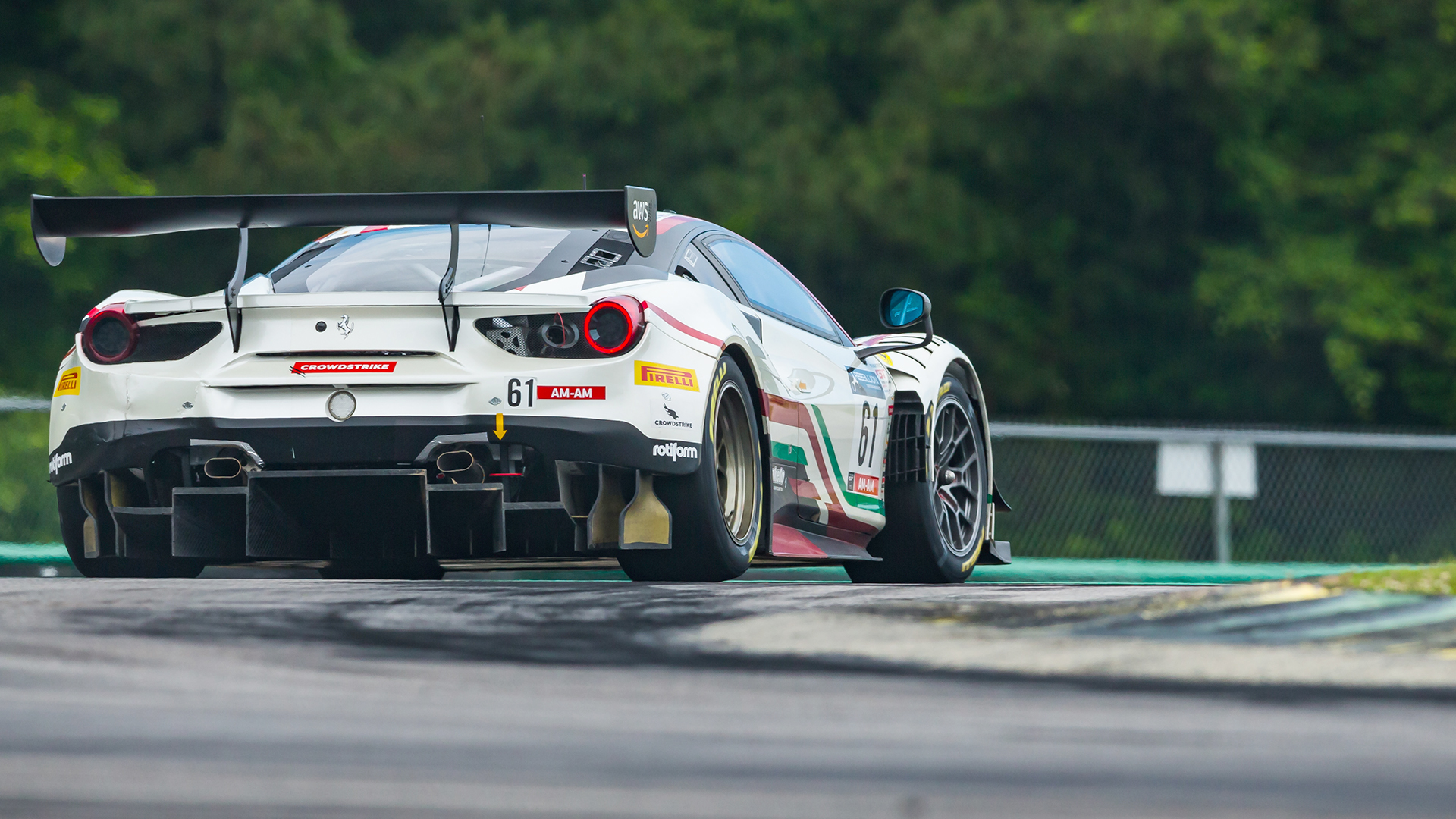 In the GT World Challenge Global Manufacturer Championship, Mercedes-AMG now provisionally sits slightly ahead of Lamborghini separated by 244 points with Mercedes-AMG earning a total of 5,755 pts to Lamborghini's 5,511 pts. Without Audi Sport representation in GTWCA, the manufacturer still sits at 3,616, followed closely by Porsche at 3,331 and Ferrari at 2,496. McLaren is now up to 786 pts after GTWCA VIR rounds, while BMW M holds steady at 660 pts.