First Pro-Am Qualifier inception racing leads the Pro-Am grid in the #70 McLaren 720S with a 2:12.391 lap that also earned them the fourth overall position on the lineup. With just a scant tick of the clock behind him, Russell Wards' effort in the #33 Winward Racing Mercedes-AMG GT3 puts the Pro class car in the fifth overall starting spot.

Compass Racing's Rodrigo Sales will attempt to fight to the front from a 2:16.248 fastest lap that placed the driver in a P10 starting position. DXDT Racing principal David Askew (#63 Mercedes-AMG GT3) will start behind Sales in P11, with DXDT teammate Erin Vogel taking the #19 Mercedes-AMG GT3 to the lineup behind him. 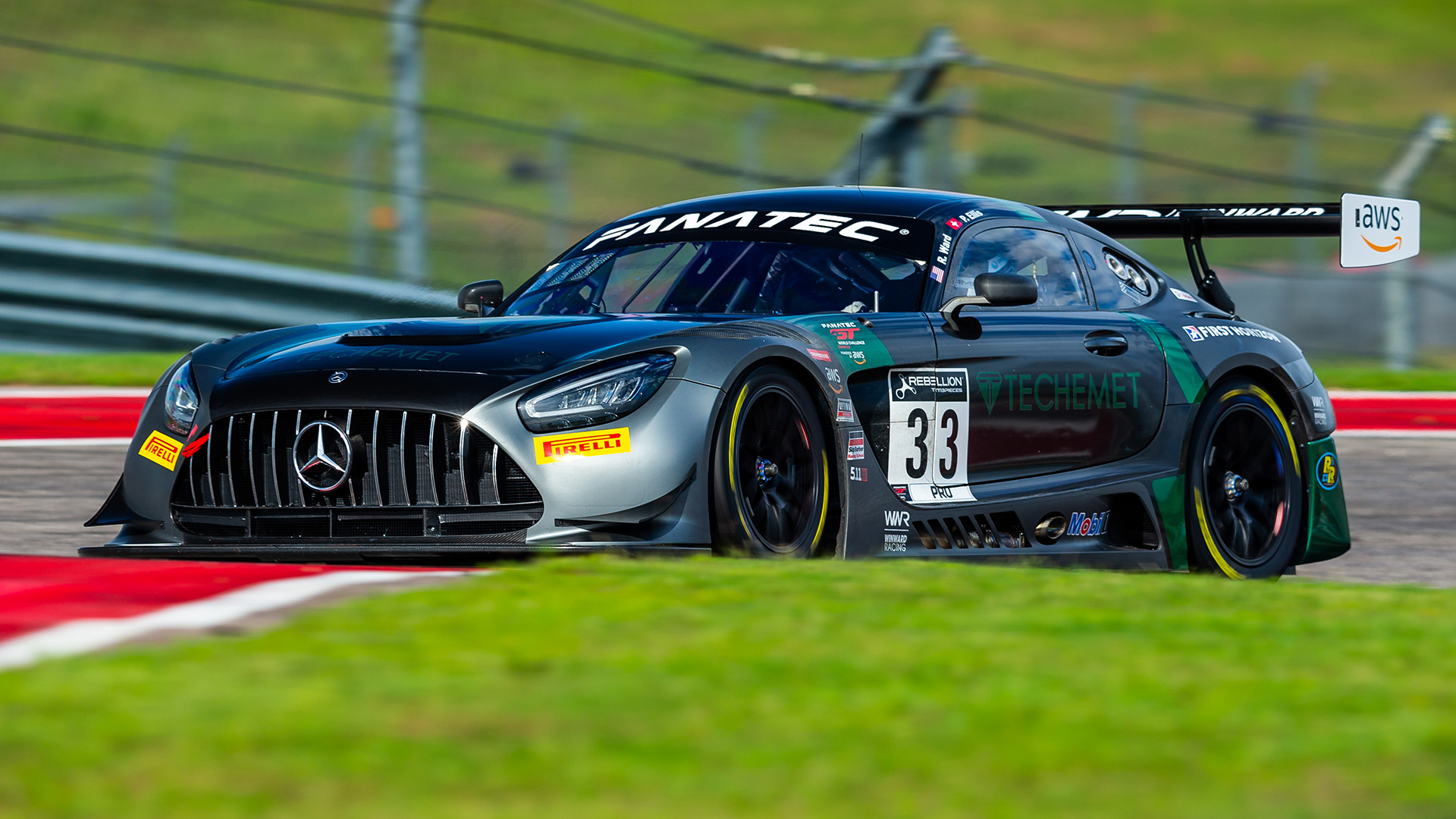 In the second Qualifying session, TR3 Racing's Giacomo Altoe (#9 Lamborghini) clocked a 2:06.095 lap time that slotted him in P2 beside Ellis' pole position, with barely a hair over a tenth of a second separating Altoe from Wright Motorsports' #20 Porsche 911 GT3 R (991.1) piloted by Porsche ace Jan Heylen.

Colin Braun will take the #04 into P4 for DXDT Racing (Mercedes-AMG) and have teammate Ryan Dalziel (#63 Mercedes-AMG) behind him. Madison Snow will take the dual-series #88 Zelus Motorsports Lamborghini Huracan GT3 into the middle of DXDT-land, bookended by Michael Cooper's #19 Mercedes-AMG GT3.

Both K-PAX Racing entries find themselves in unusual middle-of-the-pack positions with the Andrea Caldarelli (#3 Lamborghini) starting from P8 and Corey Lewis (#6 Lamborghini) in P9, looking to maneuver through traffic and end up on podium.

Robby Foley's 2:07.717 lap effort was barely 1.5-seconds over the pole qualifier for the group but the competitive field has him start the race in P10 in the Turner Motorsports BMW. Similarly, Ollie Millroy's qualifier puts the inception racing McLaren in P11 with the capable and able Jacob Abel (#93 Acura), Drew Staveley (#12 Aston Martin), Matt McMurry (#77 Acura) and Vezko Kozarov (#91 Lamborghini) within striking distance to start the fight from the back of the pack.

Race 1 goes green at 1:15 pm CDT with the action streamed live and for free on the GT World YouTube channel, as well as an audio simulcast on SiriusXM satellite radio. Results are provisional until posted Final.