Simard qualified the No. 96 Mercedes-AMG GT3 on pole position but lost the lead just following the green flag to Dirk Groenveld in the No. 26 Classic BMW Four Corners Brewing Company M6 GT3 in the opening sequence of corners.

That deficit proved to be short lived as the Canadian had his Mercedes back at the front after just a few laps.

The only major hiccup in the race for the SideMax Motorworks team came in the second hour when Cairns was forced to pit road with front end damage.

Fortunately, the incident fell within the team's pit window and although they were off sequence from the rest of the leaders they still were able to complete the race distance with five pit stops without running afoul of the 65-minute maximum stint length rules.

The No. 23 Champion Motorsports Lexus RC F GT3 of Josh Staffin, Zach Kunin, and Paul Seymour finished second ahead of the No. 26 BMW that Groenveld shared with Kurt Wittmer and British GT standout Ben Green.

A late race accident for the No. 909 Mercedes of Chris Bruno and Matthew Marlow cost the Champion Motorsports Pro Blue duo a spot on the podium, but they managed to finish fourth ahead of the all-Canadian Risky Business Motorsports lineup of Floyd Ducharme, Doug Bourne, and Simon Fisher. 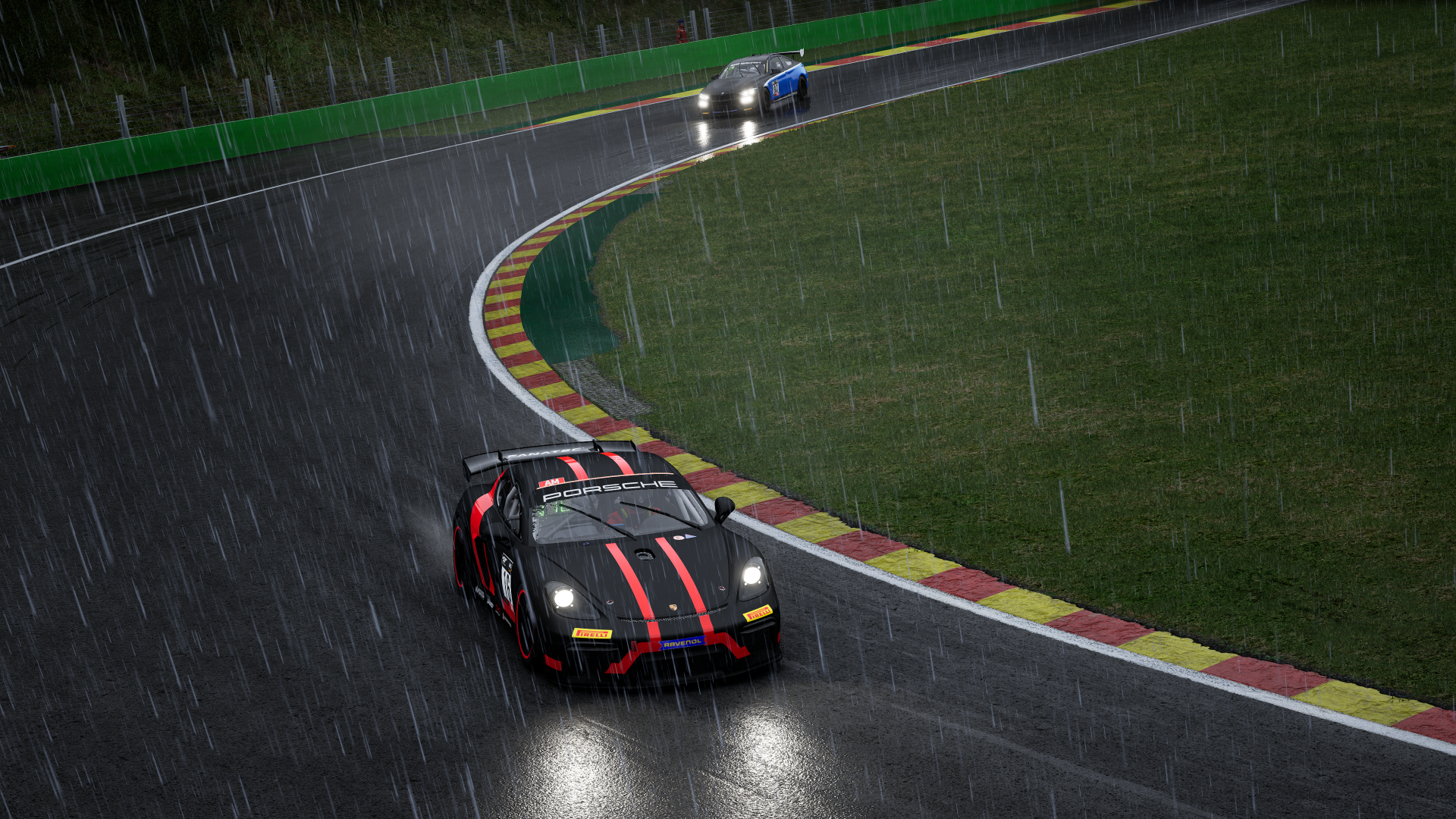 The GT4 class saw a dramatic run to the checkered flag with Matias Villasante's No. 16 A Fondo Racing Team Red Porsche 718 Cayman GT4 holding off the hard charging William Hendrickson by 10.469 seconds to secure the win.

Villasante took the lead for good in the final hour and managed a diminishing gap over Hendrickson amidst some of the most difficult conditions of the race.

Hendrickson's teammate Ivan Shermetinskii qualified the No. 25 Griphax Engineering Mercedes-AMG GT4 on the class pole but was caught up in drama just after the drop of the green flag that dropped him to the back of the eight car GT4 field.

The pairing gradually worked their way back to the front and into the lead when a miscue entering pit lane dropped them back to fifth.

Rounding out the GT4 podium, JT Tami and Sam Campbell crossed the line in third after 6 hours of action.

The race ran in rainy conditions for its duration which contributed to the high rate of attrition. 26 of the 28 cars that started the race were still running at the finish, but many were waylaid by spins and contact.

After this exhibition endurance event, the championship resumes on Sunday, November 22nd with a one hour event at the legendary Mt. Panorama circuit in Bathurst, New South Wales, Australia. Coverage begins at 3 p.m. ET on YouTube and the SRO America social media channels.