For Season 2, we’re excited to welcome the opportunity for sim racers to race their way into the FCP Euro GT World Challenge America Esports Championship. Utilizing Assetto Corsa Competizione, the official game of GT World Challenge powered by AWS, AM racers will compete in GT4 machinery in our first-ever mixed grid championship.

Following Hot Lap Qualifications, the Top 5 times from each GT4 platform will be taken and invited to join the final test - a Qualifier Race for the FCP Euro GTWC America Esports season. The Top 20 drivers will earn their way into the big show with the 21st - 25th place finishers becoming reserves if a driver can’t make a round or drops.

The AM Championship with GT4 cars is our first step to inviting you to participate. At the end of the five-round championship, there will only be one Champion and he/she will be rewarded with a bundle of prizes including:

Each round will be streamed live on SRO’s YouTube, Twitch, Facebook, and Twitter channels at 3pm ET. GT World Challenge America casters Kyle Heyer and Ryan Myrehn will once again call the action from the virtual broadcast booth. 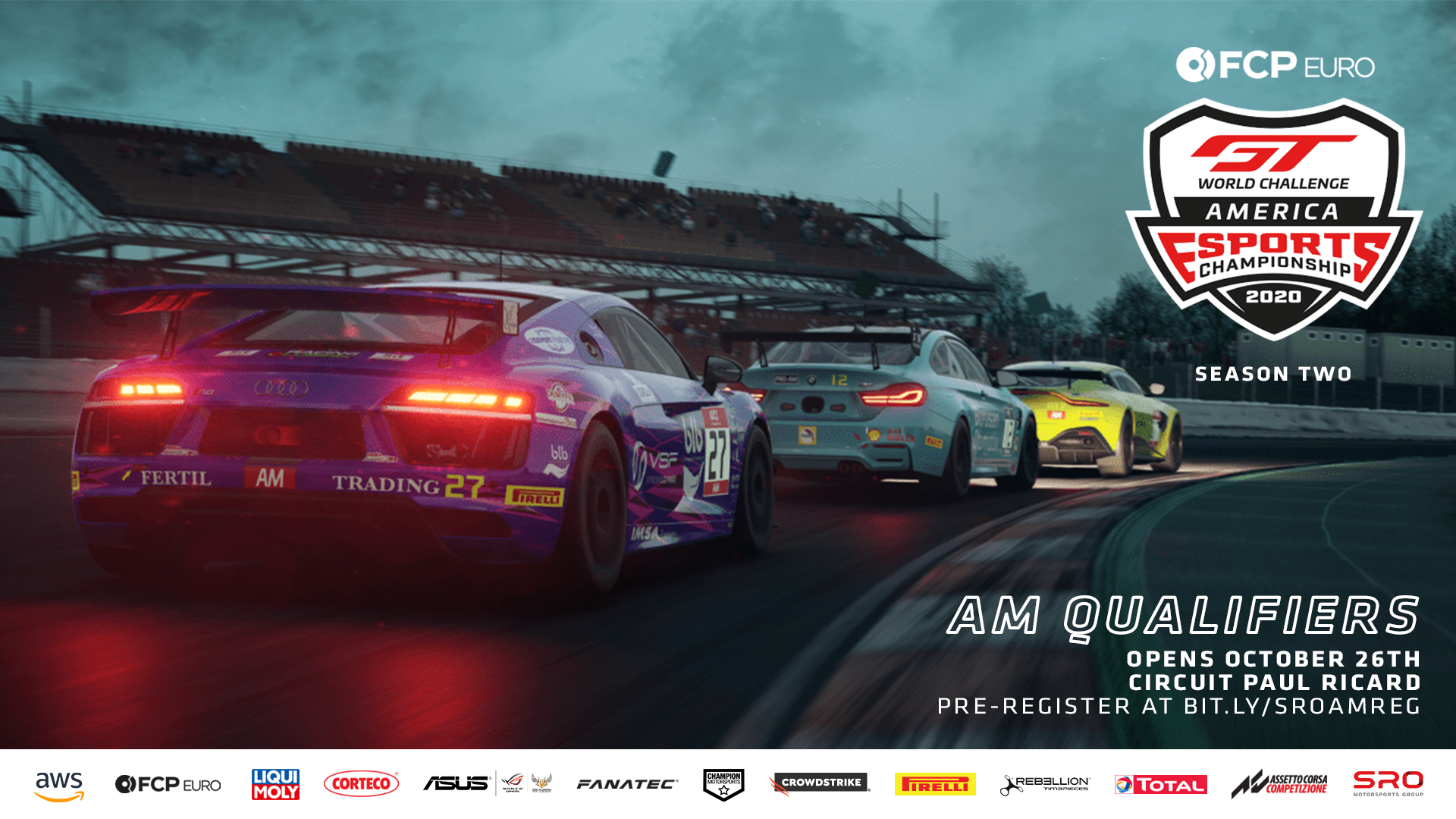