You may have noticed that racing looks a little different these days. Recent race cancellations and rescheduling have sent shockwaves through the racing community - for drivers, teams, crew, and fans alike. Because of this, esports and sim racing have seen a boom in popularity with organizations from Indycar to our very own SRO America GT Rivals and SRO E-Sports GT Series, helping fill the void left from their real-life counterparts with virtual championships.

With the explosion of sim racing content, more and more fans have been looking to get into the community, but might be unsure of where to start. Our three-part guide will point you in the right direction.

The first major element to choose is PC or console (Xbox, PlayStation, etc). If you're seeking high performance, customization, and the ability to utilize your platform for more than just gaming, you’ll want to go PC.

A gaming PC, like the esports-ready ASUS ROG Strix GA35 desktop PC, will be able to deliver the best graphics and performance to power a racing simulator in all its glory. You can also pair your PC or console with a robust monitor like the ASUS ROG Strix XG35VQ curved 35-inch display for a more immersive sim racing experience.

Not sure where to start? ASUS Gaming solutions, including Republic of Gamers and TUF Gaming products, offer a world-class gaming ecosystem from premium to entry-level PCs, PC components, monitors and accessories that allows sim racers of all levels to grow with their gaming needs. You can start out with a less expensive PC that gets the job done and eventually upgrade your PC components to maximize your gameplay. 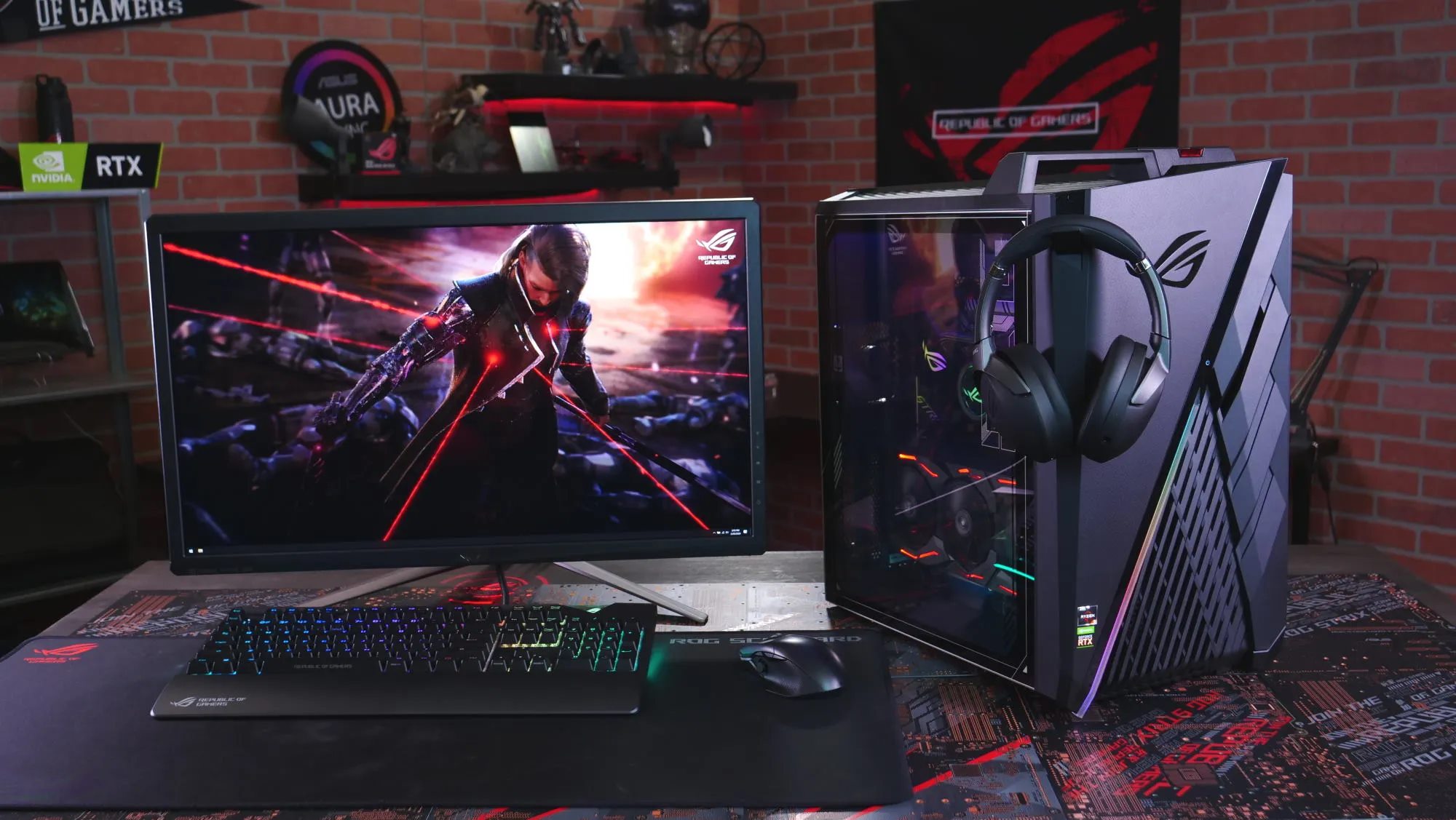 Luckily with sim racing today, there are many choices for both PC and console gamers that give virtual racers a very fun and immersive experience. Assetto Corsa Competizione, the official GT World Challenge powered by AWS game, is a great PC-sim to start with, especially for our fans who love proper GT3 racing.

Campaign in a single-player Championship or go multiplayer racing with drivers around the world. If you’re itching for something more competitive, there’s plenty of organized sim leagues such as our GT Rivals partner Champion Motorsports.

If console gaming is your pick, hold tight, the Xbox One and PS4 version will be coming out this summer on June 23rd

So you have the game, you’re now ready to play, right?  Well, maybe. Here’s a few things we recommend for the best overall experience:

To help get up-to-speed, one of the best ways to learn a new game is by watching others. Head over to Twitch to catch streamers showcasing their racing, or jump onto YouTube and seek out tutorials about the game, tracks, and other important how-tos to get started.

Next, it's time to jump into the game and dial-in your settings. Just like in real racing, seat time is the most vital element to being good at your craft. Pick a circuit and practice to learn the track and various GT3 machines the game offers.

Last but not least, tune in to watch your favorite SRO America competitors compete on the virtual track every Sunday at 3pm PT on YouTube, Twitch, Facebook, and Twitter for the GT Rivals Esports Invitational.

Check back for part two where we dig into the specifics of building a sim rig next week. In the meantime, visit our parnters for more details and information: