AUSTIN, Texas – Wright Motorsports celebrated a near-perfect weekend in the opening two rounds of the 2020 GT World Challenge America championship. The No. 20 Porsche 911 GT3 R of Fred Poordad and Max Root won both of the races in the AM class at Circuit of the Americas, closing out the first event of the season as the championship points leaders.

Due to an off track excursion during the first qualifying session, the Porsche 911 GT3 R missed both qualifying sessions and was forced to start both races from the rear of the 14 car field. Fred Poordad began race one, and once the tires on the Porsche 911 GT3 R came up to temperature, he began working to get passed his competitors. He gained two spots in the opening laps, pitting roughly halfway through the race for the mandatory driver change.

A swift stop by the Wright Motorsports crew sent Max Root out of pit lane in a favorable position, to battle for additional spots. With 25 minutes remaining on the race clock, he advanced to first in class and eighth overall, closing in on the No. 80 of Jeff Westphal for seventh. He made the pass in the final minutes of the race, celebrating a seventh overall and first in class. 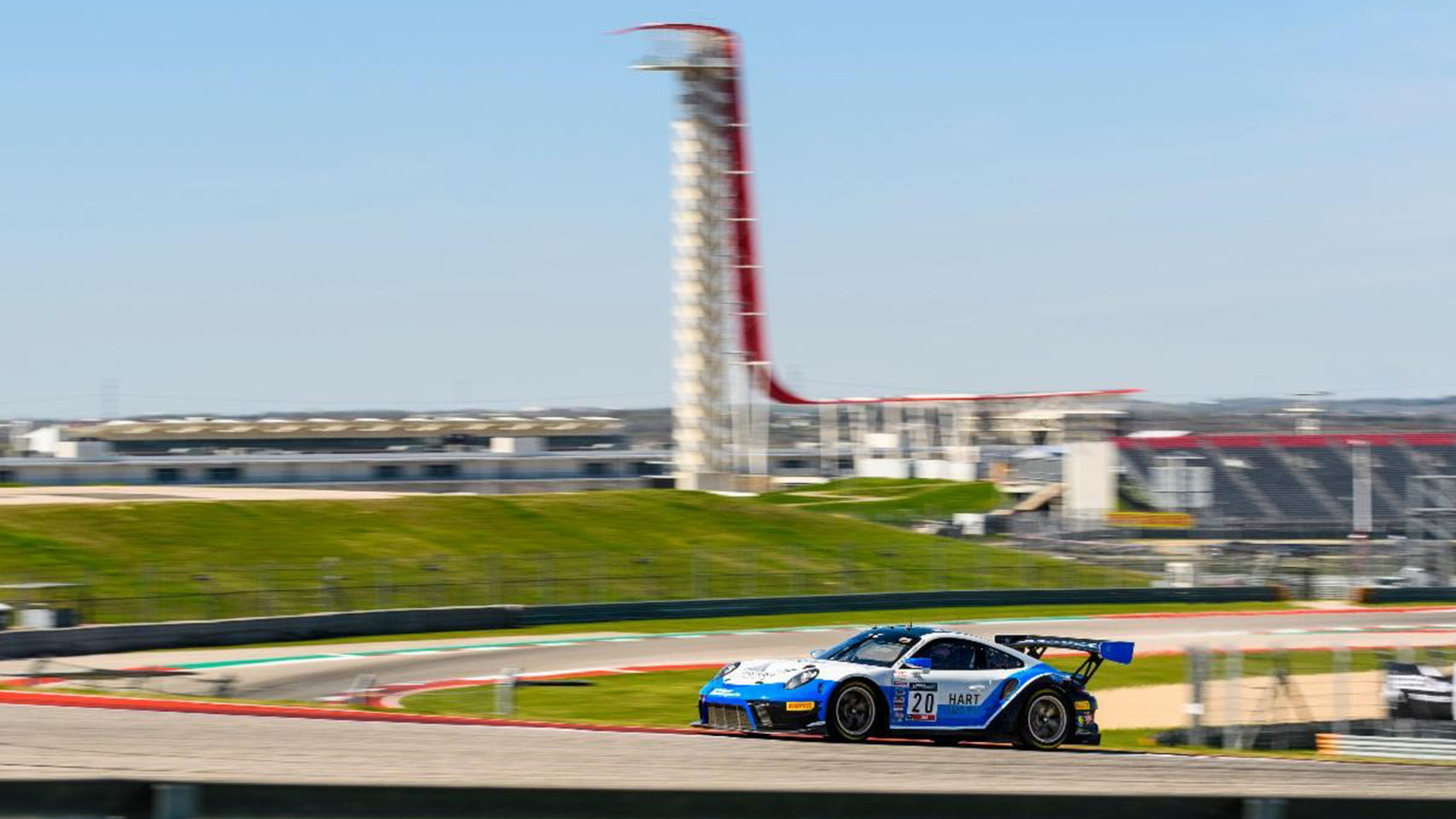 Following the previous day’s win, Max Root started race two at the rear of the field on Sunday. Root immediately found himself in a battle with the Pro/Am Bentley of Guy Cosmo. When the Bentley and a BMW tangled in a fight for position, Root capitalized and gained to spots to keep charging forward from tenth overall. He climbed to ninth and the field spread out, but adversity struck when Root had to make an unplanned pit stop to have his seat belts checked before the pit window officially opened. He rejoined and pitted again for the mandatory driver change.

After another perfectly executed pit stop by the team, Fred Poordad took over with a set of warm tires from tenth overall. A full course caution brought the field back together with 30 minutes remaining, and attrition appeared again in the form of contact from slower car. Poordad saved the car and prevented any further damage, immediately pitting to allow the team to look over the car. The damage appeared to be minimal, and he was able to continue. Despite the two extra pit stops, the team still took the AM class win at Circuit of the Americas, sweeping the opening weekend of the year.

Rounds three and four of the championship will take place at Canadian Tire Motorsport Park, in Bowmanville, Ontario, May 15-17. The Ohio based team will pack in plenty of racing beforehand, with three rounds of the IMSA WeatherTech SportsCar Championship in the coming months, including the Twelve Hours of Sebring, March 19-21.