WATKINS GLEN, N.Y. – Squadra Corse completed its fourth weekend sweep of the season in Blancpain GT World Challenge America Am competition, winning a pair of races at historic Watkins Glen International this weekend. Racing from strength to strength despite a new lineup, the results on the weekend will see the team unofficially clinch the Am class championship.

Issa made a winning debut in World Challenge America competition on Saturday, taking the lead on lap 11 and turning the car over to Martin Fuentes in the lead. Fuentes was never challenged, winning by 41.631 seconds to score his seventh consecutive victory of the season. 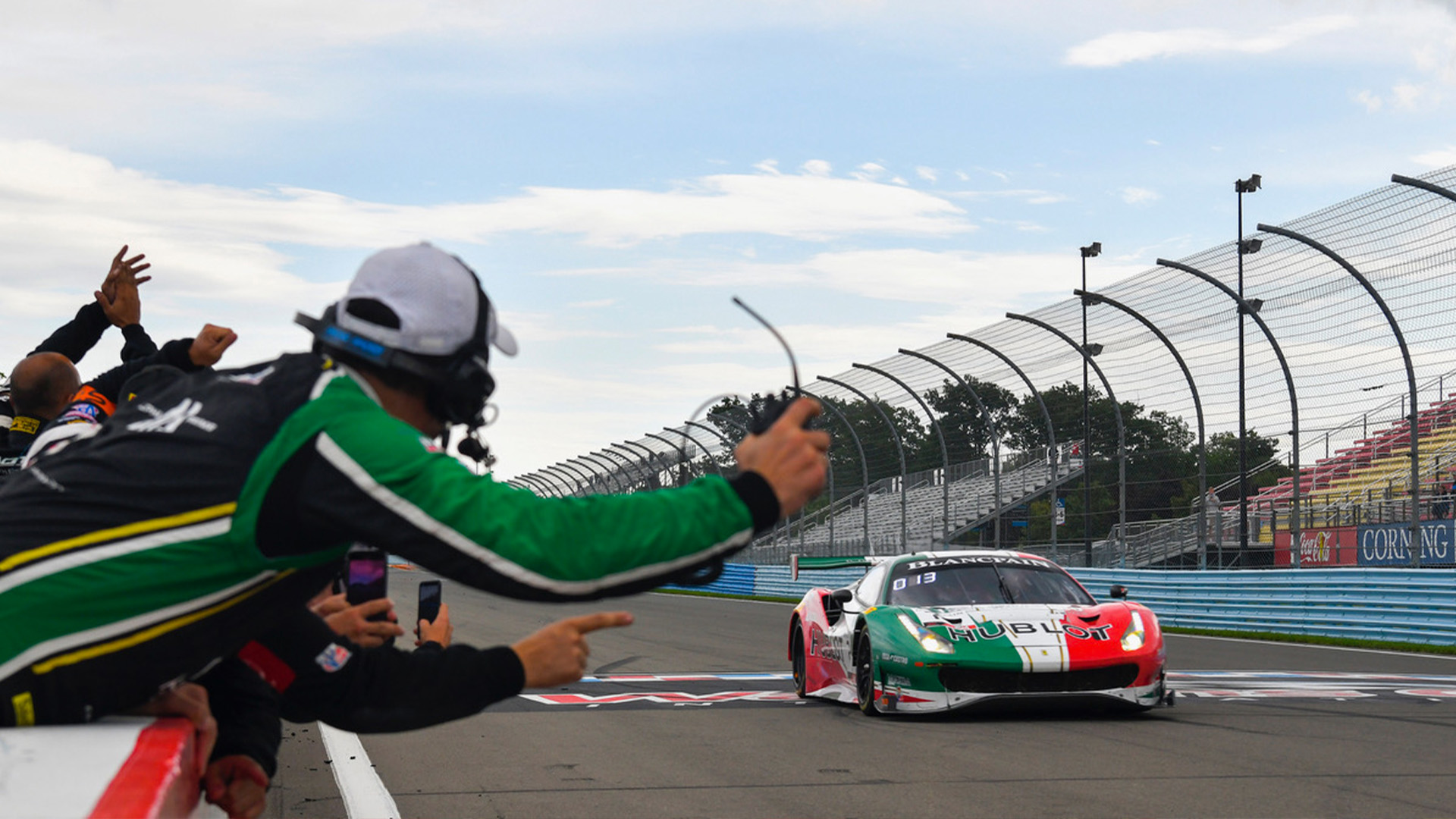 Sunday’s race saw Fuentes start from third in the class, and then move the lead on the opening lap.

Turning the controls over to Issa, the Hublot-liveried Ferrari 488 GT3 never was headed as the team took the checkered flag with a 14.967 second advantage.

Squadra Corse and Fuentes have now won 16 of their last 17 races, unofficially clinching their second consecutive Am championship at The Glen.

Only two weekends remain on the Blancpain GT World Challenge America schedule. Rounds 11 and 12 will be held at Road America on Sept. 21-22. The season will wrap up at Las Vegas on Oct. 19-20.