Early in the first 15-minute qualifying segment for Round 9, Parente from Portugal in the K-PAX Racing #9 Bentley Continental GT3 went to the top of charts with a 1:43.492, followed by fellow K-PAX Racing driver Brazilian Rodrigo Baptista in the #3 Bentley Continental GT3 with a 1:43.801. Ferrari team R. Ferri Motorsport driver Brazilian Daniel Serra slotted into third behind the wheel of the #61 Ferrari 488 GT3 with a 1:43.827. In the Pro/Am division, Canadian Martin Barkey in the #80 Racers Edge Motorsports Acura NSX posted a 1:45.594 good for sixth overall on the charts and first in the class. Squadra Corse driver American Mark Issa in the #7 Ferrari 488 GT3 posted the quickest early time in the Am division, 12th overall on the charts with a 1:47.930.

Serra then improved his time to a 1:43.616 but not quick enough to move Parente off the top perch. US-based driver Christopher Cagnazzi behind the wheel of the #19 One11 Competition Ferrari 488 GT3 moved into 10th overall and 1st in the Am class with a 1:46.359.

Parente then solidified the top spot going faster at 1:43.320, followed by Serra who also posted a quicker time at 1:43.524. RealTime Racing’s Mike Hedlund in the #43 Acura NSX then slotted into 7th overall and first in Pro/Am class with a 1:45.580. Cagnazzi also posted a quicker time of 1:46.072 to remain in 10th and first in Am. Before the checkered flew, Wright Motorsports’ Anthony Imperato in the #91 Porsche 911 GT3 R moved into 7th overall and tops in the Pro/Am class with a 1:45.291. Parente’s time held and he’ll start Round 9 at the head of the field. Serra will start alongside second on the grid with Baptista in the third position.

“We’re really happy with that lap, we’ve been chasing the Ferrari (#61) all weekend and in that first qualy it went really well,” said Parente. “Nice to get it on pole. Looking a bit harder for our second race (on Sunday) but we’ll see what we can do this afternoon.” 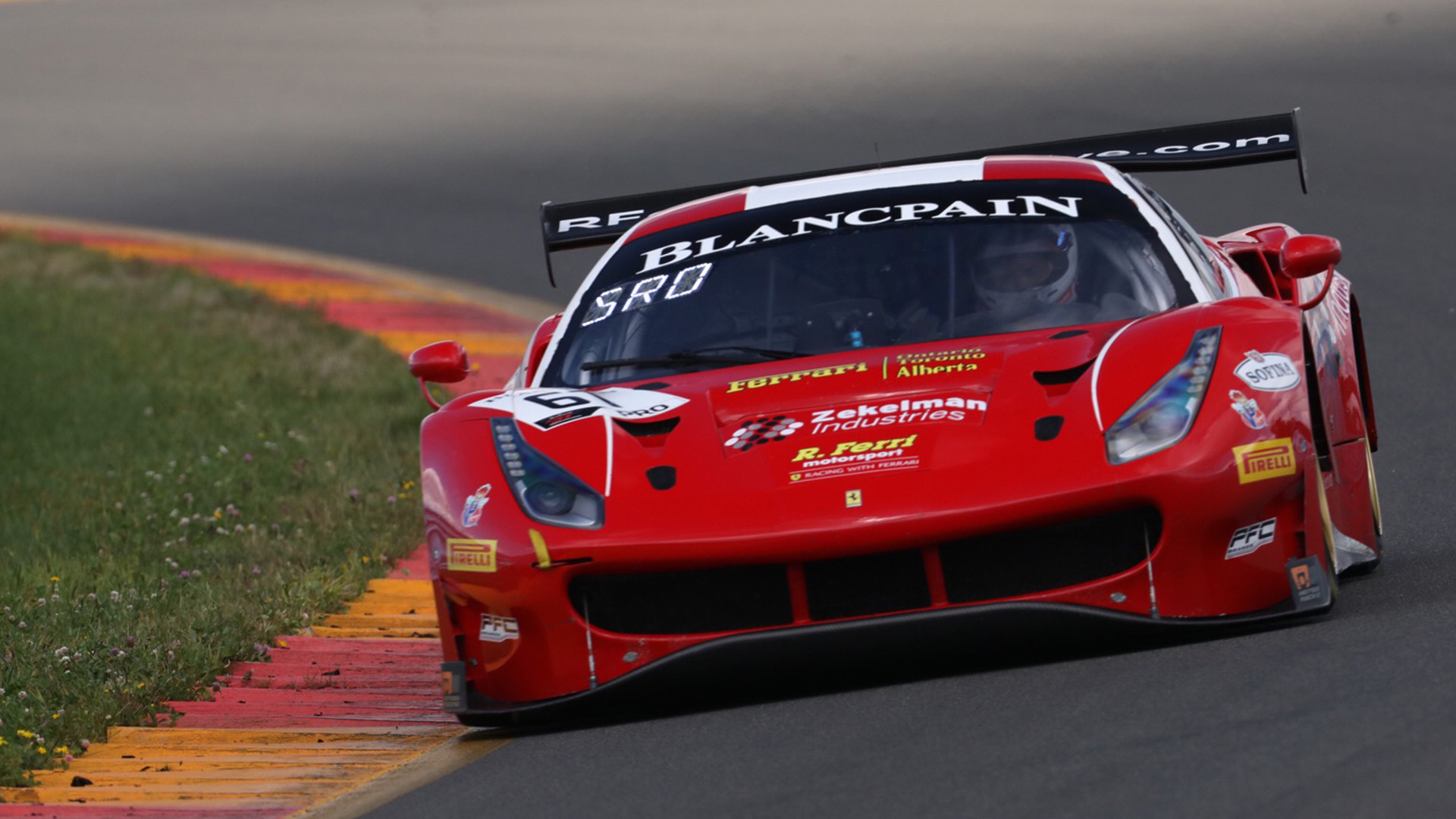 The second 15-minute session saw Serra’s teammate Finland’s Vilander take the #61 Ferrari to the top early with a 1:43.295. Baptista’s teammate Belgium’s Maxime Soulet in the #3 Bentley slotted into second with a 1:43.586, while Hedlund’s teammate Dane Cameron in the #43 Acura NSX posted a third fastest time of 1:43.766, first in Pro/Am.

In the Am class, Cagnazzi’s teammate Anthony Lazzaro posted the 12th quickest time with a 1:45.273, tops in the class.

“Good qualifying (session),” said Vilander. “It’s nice to drive this weekend with Daniel Serra and nice to see Miguel (Molina, Vilander’s full-time driving teammate) doing well competing at Silverstone this weekend. We have tire warmers for this event, so we go in with warm tires which is nice. We have a lot of information and experience from the past so so far everything is good. For race 1 today we need to concentrate and have a good race then hopefully the weather holds for tomorrow’s race.”

Results are provisional until posted final. Blancpain GT World Challenge America teams and drivers now get set for Saturday’s 90-minute Round 9 race scheduled for a 3:10 pm EST green flag. Watch the live stream of the race at www.gt-world-challenge-america.com/watch-live.