After a contentious opening at COTA with 19 drivers or driver-pairs firing the opening salvos for the Kavana Cup, the series next turned to the street circuit in St. Petersburg, Florida, for another set of double-header competitions featuring more opportunites for drivers to reach for the top prize.

Moving to the opposite coast, Sprint GT4 Pro driver Spencer Pumpelly, already on the board with his St. Petersburg pole position capture, completed the Long Beach dual challenge of achieving top Qualifier and setting the fast lap to acquire the Fastest SHYFTER award at the temporary street circuit in Southern California; the single-race weekend didn't allow for a double-header sweep.

Way back east at VIRginia International Raceway, several driver-pairs jumped on board while several others added more notches to their quest for the Kavana Cup monies. Brett Curtis and Dane Cameron jumped on-board for the first time with a GT pole position under the team banner, as did Anthony Imperato and Matt Campbell. Kris Wilson and John Allen accomplished the same feat in GT4 SprintX competition, as did Matt Fassnacht in GT4 Sprint competition and Johan Schwartz, Britt Casey, Jr., and Michael Hurczyn in Touring Car America.

Other Kavana Cup competitors moving the needle closer to the win column at VIR include Andy Soucek and Alvaro Parente with a pair of pole positions and a SHYFTER Fast Lap award and teammates Rodrigo Baptista and Maxime Soulet with another SHYFTER Fast Lap award, the second between them. GT4 competitors Mike Vess and John Capestro-Dubets also captured their second set of pole and SHFYTER Fast Lap awards. Vesko Kozarov and Jeff Burton made their first mark on the Kavana trail with a weekend sweep of competition in GT4 SprintX.

In Touring Car, two drivers solidified their existing positions in the quest; Paul Terry captured a SHYFTER Fast Lap award while Nick Wittmer achieved the three-for-three and locked out the weekend in his class capturing twin pole positions, a pair of SHYFTER Fast Lap awards and a weekend class sweep of podium-topping finishes.

The Kavana Cup is being offered to the world’s best sports car racing drivers. This performance based award will feature an additional prize purse totalling $500,000 after completing a set of objectives including pole positions, fastest race laps, and weekend race win sweeps. $250,000 will go towards Blancpain GT World Challenge America competitors, $150,000 to Pirelli GT4 America national series (Sprint or SprintX), and $100,000 to TC America.

Racers will need to complete the following tasks to win this prestigious award:

Driver/s must earn seven (7) pole positions during the season

Here’s a breakdown of drivers who are on the board for qualifications toward the Kavana Cup heading into Canadian Tire Motorsport Park: 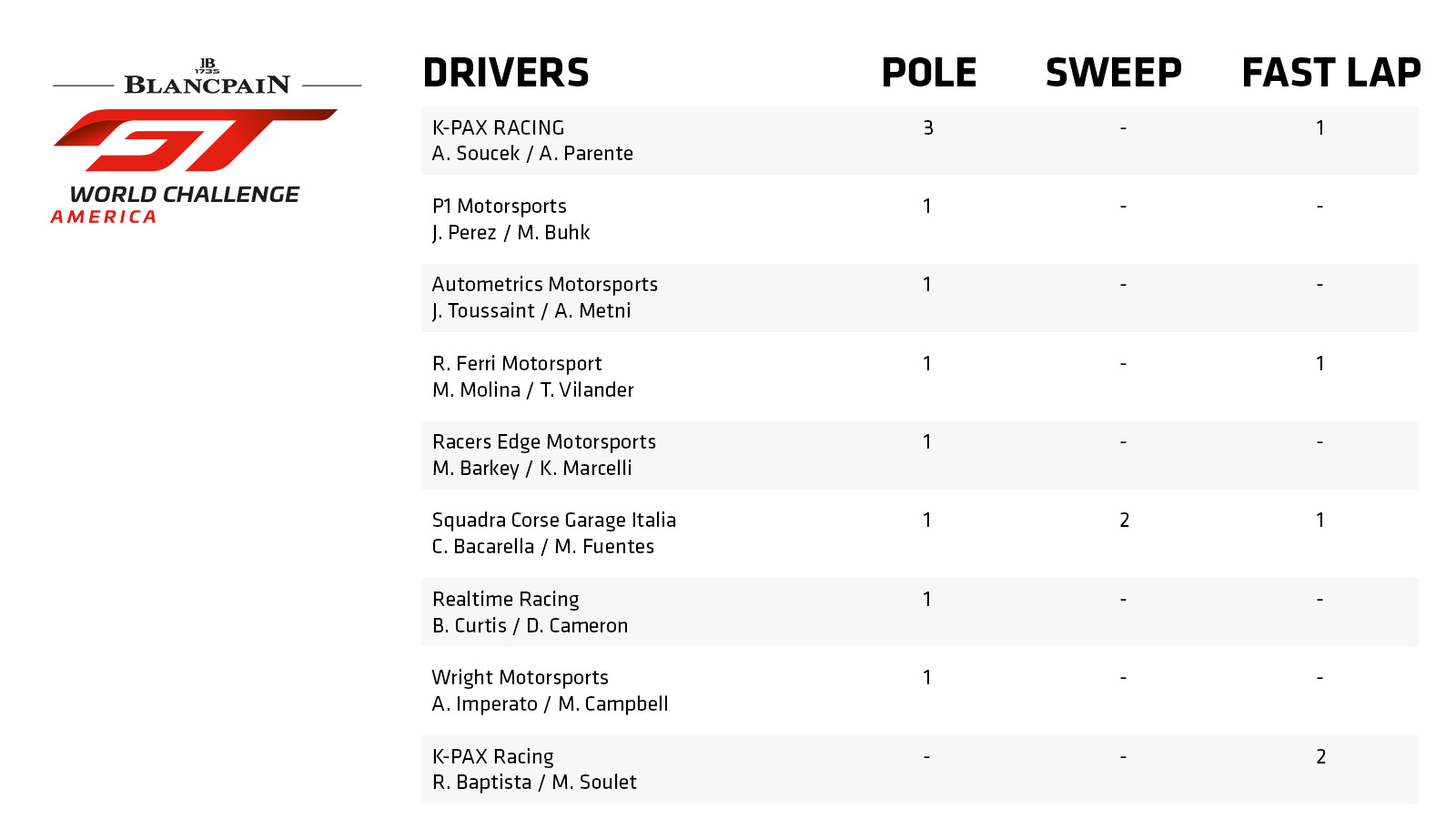 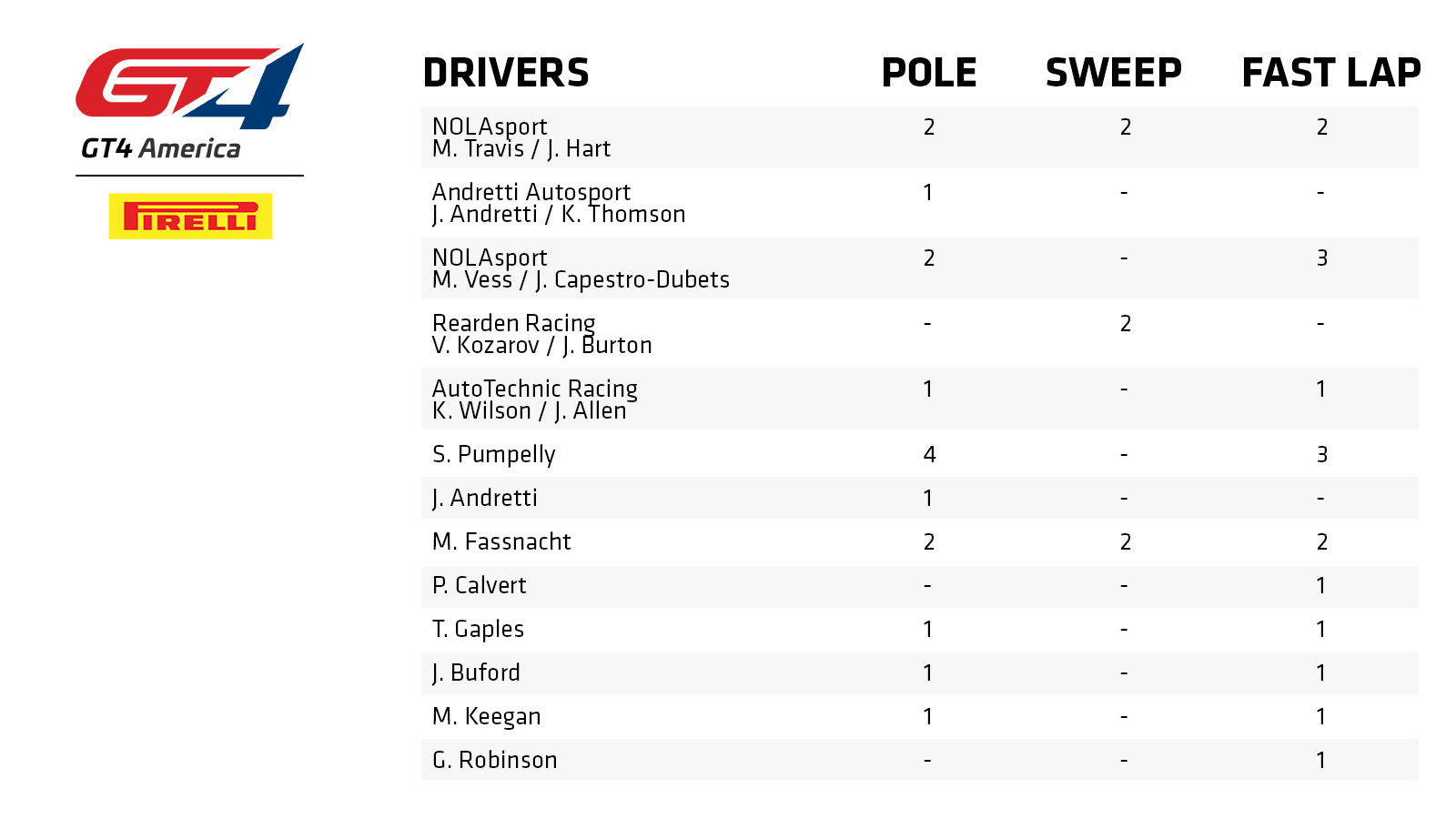 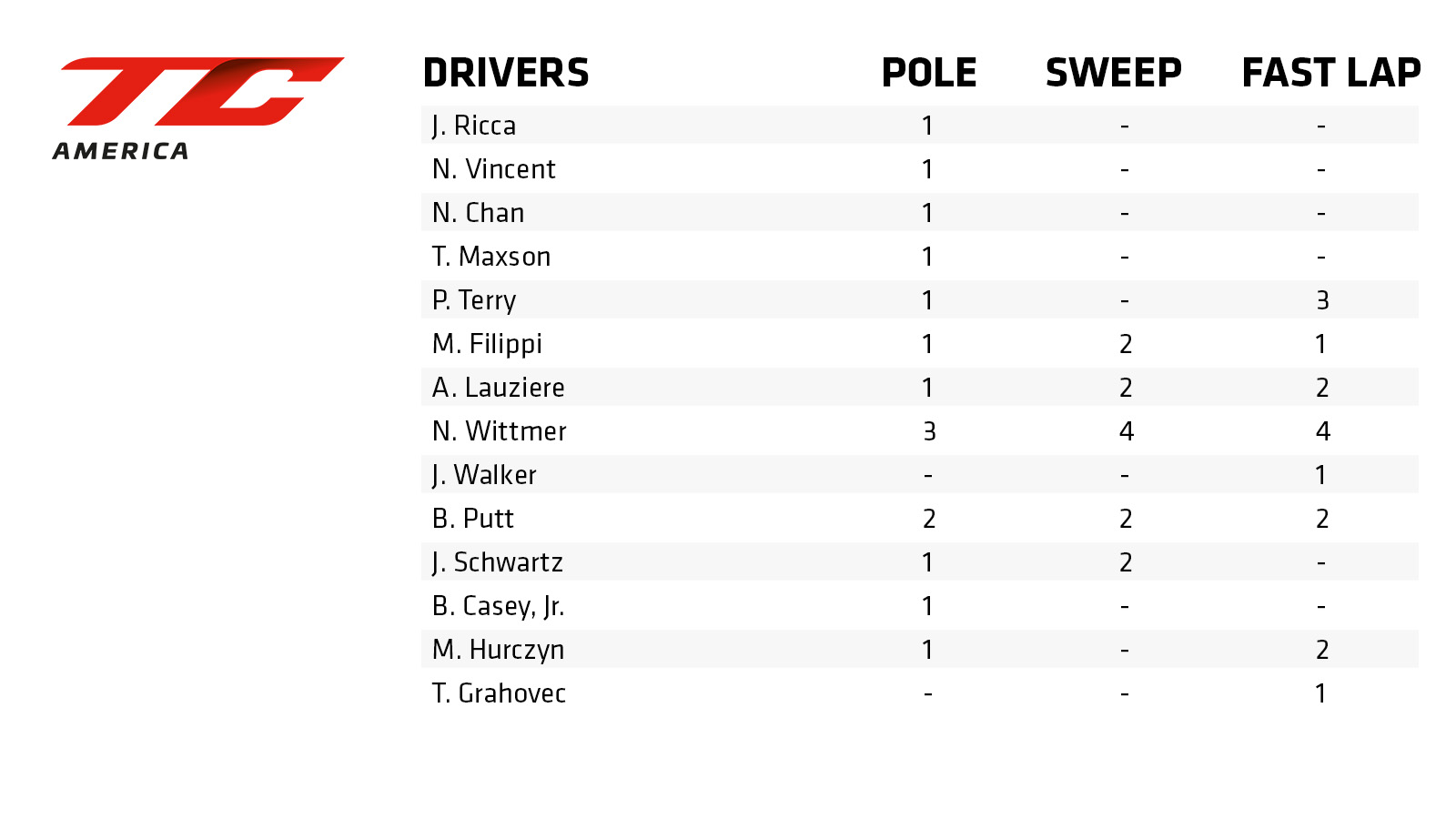 Blancpain - Innovation is our Tradition

Since 1735, Blancpain has been contributing to the development of mechanical watchmaking, while conserving the traditional skills of its founder

Blancpain is currently engaged to the renewal of mechanical watchmaking and to passing on exceptional expertise from one generation to the next through constant investment in human resources, production facilities and research. This approach is its strength and the expression of our long-term vision, even though it goes against the tide of a certain tendency to seek immediate profit.

From the creation of components through to watch design, Blancpain is distinguished by its ability to develop exceptional movements. Through its various models, Blancpain preserves its heritage of precision and elegance, while also displaying an innovative and occasionally provocative spirit. Its range encompasses the sportive Levolution line, the legendary Fifty Fathoms diver’s watch, as well as the classic Villeret collection, the high complication from Le Brassus collection and the Women models.

Pirelli is a tyre manufacturer and world leader in the automotive industry. It has an exclusive relationship with over 50 racing series worldwide, including Formula One.

Pirelli has a long and illustrious history in endurance racing, and has also claimed a huge variety of class wins in GT racing all over the world. The design of the new Pirelli GT tyres meets the needs of GT racing while maintaining the performance characteristics that endurance drivers have appreciated in the past.The slick tyres used for GT racing are branded Zero: just like the slicks that have become a central feature of Formula One. The name P Zero is used in the highest categories of motorsport such as GT racing.

SRO Motorsports Group is chaired by company founder and CEO Stephane Ratel. With offices in London, Paris, Liège and Hong Kong, its work is facilitated by a dedicated global team of full-time and freelance staff.