Spanish ace Andy Soucek produced a time of 1:44.369 in the #9 Bentley to unseat his teammate Rodrigo Baptista at the top of the timing charts around halfway through a clean and tidy 60-minute Friday lunchtime session.

But while K-PAX scored a 1-2 early in the weekend, the GT3 field was closely matched with the top nine cars all lapping within a second of Soucek’s benchmark.

In addition, four different manufacturers made up the overall top five with Acura, Ferrari and Mercedes-AMG also in the mix.

Defending series co-champion Toni Vilander briefly hopped up into third with a 1:44.821 in the #61 R. Ferri Motorsport Ferrari 488 GT3, but the Finn was later displaced by Dane Cameron in the #43 RealTime Racing Acura NSX GT3. 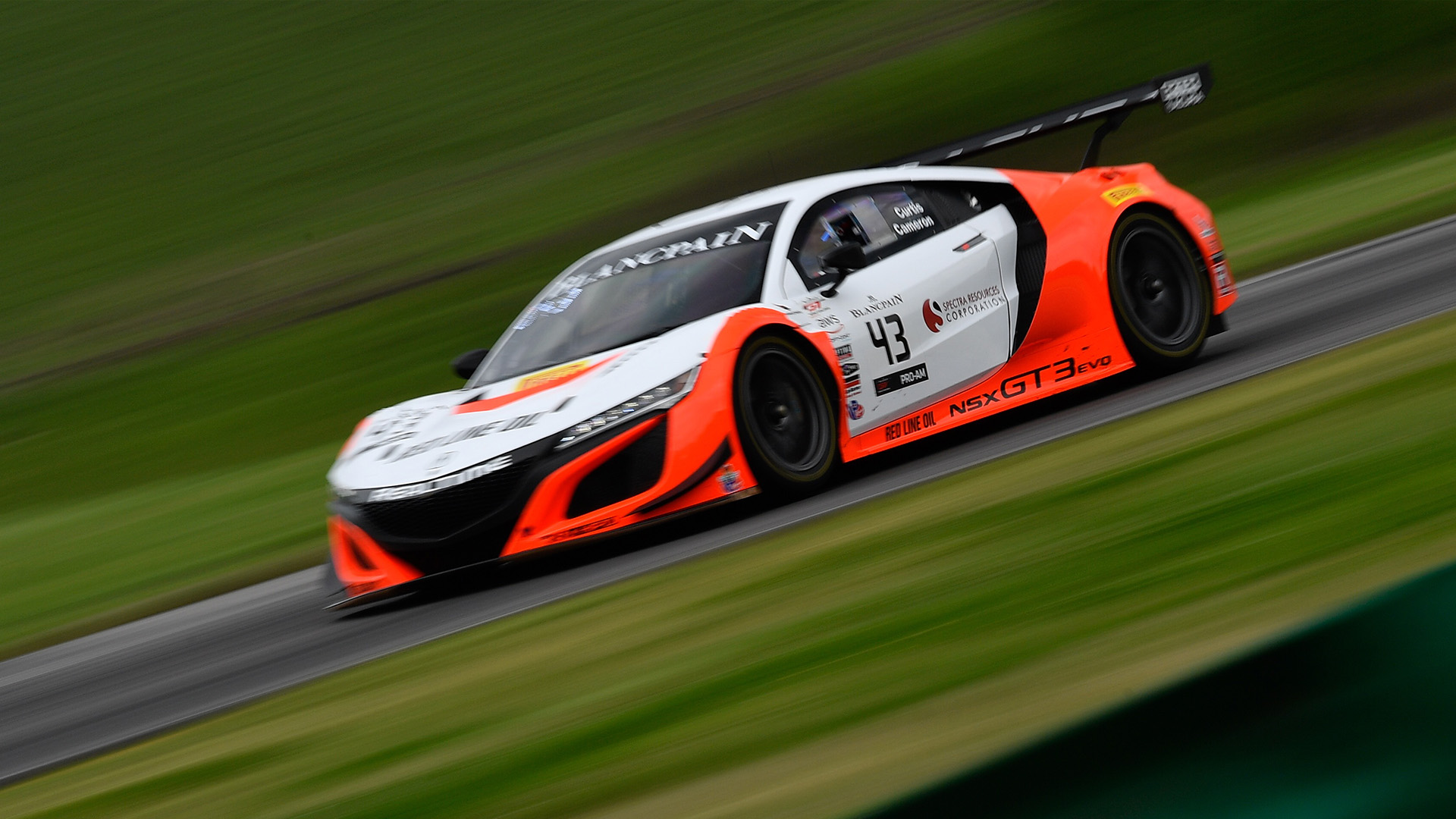 Cameron, who is preparing for his first appearance in World Challenge competition since 2017, laid down a competitive 1:44.642 to slot into third and within a whisker of splitting the Bentleys.

The RealTime Acura, which is beginning its 2019 campaign at VIR, was also the highest-placed Pro-Am class runner.

In fifth position overall, behind Vilander, was the second-quickest Pro-Am entry of George Kurtz and Colin Braun who are co-driving the #04 DXDT Racing Mercedes-AMG GT3 this weekend.

Just 0.008 seconds back in sixth was Matt Plumb in the #99 One11 Competition Pro-Am Ferrari, while the #22 Daniel Morad/Michael De Quesada Porsche 911 GT3 R of Alegra Motorsports placed seventh.

Quickest in the Am class sub-division was the #19 One11 Competition Ferrari of Brian Kaminskey and Chris Cagnazzi.

All 17 Blancpain GT World Challenge America teams are poised to return to the famous 17-turn, 3.27-mile VIR circuit at 5:00 p.m. EDT for another 60-minute practice session.