Nine teams remain in mathematical contention for the title but the top four are all within seven points with SideMax x Black Hawk Racing holding a six point edge over the No. 93 HPD JAS Pro America crew and Kings of Asphalt – Maxon Oil on the strength of a pair of podium finishes in the first two endurance events of the season.

Tinko van der Velde, Chris Severt, and Sam Cairns will seek to close out the championship, as well as their first endurance win of the season, in the No. 66 SideMax x Black Haw Racing McLaren 720S GT3 that was second at Bathurst and third the last time out at Monza.

Hot on their heels will be the Bathurst-winning Acura NSX GT3 Evo of Josh Staffin, Nicolas Hillebrand, and Karl Wittmer for HPD JAS Pro America and Monza champs Kings of Asphalt – Maxon Oil with a lineup of Vinny Oliveria, Daniel de Oliveira, and Fidel Moreira in their Aston Martin Vantage AMR GT3.

A further point behind in the standings is the PPR Esports Purple team that finished second at Monza. Drivers Jordan Grant-Smith, Harry Spiers, and Taha Malih will try to overcome a seven point deficit to take the championship in their No. 3 Mercedes-AMG GT3 Evo.

Five other teams are within 25 points of the championship leader but would need an unlikely sequence of events to unfold to take home the Endurance crown, including the No. 94 HPD JAS Pro America entry, CrowdStrike Racing, PPR Esports Blue PPR Esports Gold, and Williams Esports, while a further 11 teams look to end their season with a podium run and play spoiler to the championship hopefuls.

The setting will be the famed 11-turn, 2.238-mile (3.602-kilometer) Laguna Seca circuit, complete with the iconic “Corkscrew” that features a dizzying 59-foot (18-meter) drop all while twisting through the blind 8-8A corner sequence.

Situated in Northern California, it is the only North American track in Assetto Corsa Competizione and serves as a fitting stage for the GT World Challenge Esports America season.

With $18,000 in prize money on the line, tune-in to the GTWC America Esports Endurance season finale this Saturday at 1pm PST / 4pm EST on SRO’s GTWorld YouTube Channel. 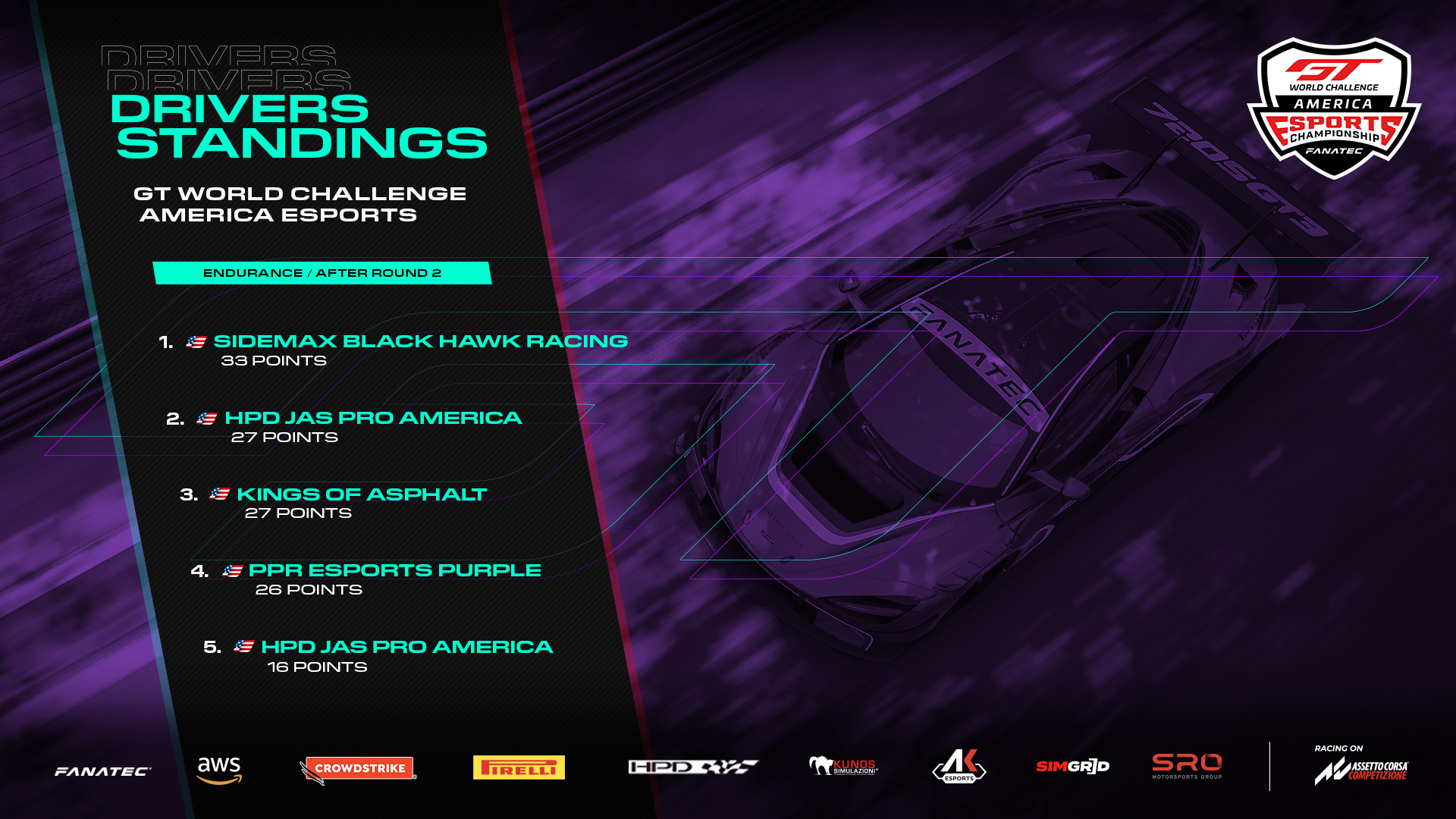