Michael Kundakcioglu successfully defended his GT World Challenge Esports America championship while Killian Ryan-Meenan became the fifth different winner in as many races in the Sprint Series season finale under the floodlights at Suzuka Circuit.

Of that trio, Simard left a wet and wild qualifying session in Assetto Corsa Competizione's virtual version of the famed Japanese circuit with a fourth-place starting position in his BMW M6 GT3. Kundakcioglu qualified his McLaren 720S GT3 sixth while Severt was seventh in an Aston Martin Vantage AMR GT3.

The star of the qualifying session was Spa winner Jordan Grant-Smith who claimed pole by over seven tenths of a second in the No. 600 Porsche 911 GT3 R from PPR Esports.

Ryan-Meenan was second ahead of New World Simracing's Nicolas Alvarado's Aston Martin, while Williams Esports driver Igor Rodrigues slotted his Ferrari 488 GT3 Evo in between Simard and Kundakcioglu in fifth.

Jordan Grant-Smith got the jump from pole on the initial green flag and held a lead of just under a second over Ryan-Meenan and the rest of the 32 car field after the first lap and the top ten quickly settled into line.

The three championship contenders ran as they qualified for the first fifteen minutes but a duel for sixth broke out between Kundakcioglu and Severt 17 minutes into the race that saw the two make light door-to-door contact but both emerged from the coming together unscathed.

Moments later, a spin from Igor Rodgrigues who had been running fifth brought all three championship contenders together with Simard, Kundakcioglu, and Severt taking up positions four, five, and six.

Severt maintained consistent pressure on Kundakcioglu for the rest of the opening stint before Severt broke off his assault when the pit window opened at the 25-minute mark. Simard made his pit call seven minutes later, while Kundakcioglu waited until the final moment to duck in for his mandatory service, mimicking the strategy of the top two. 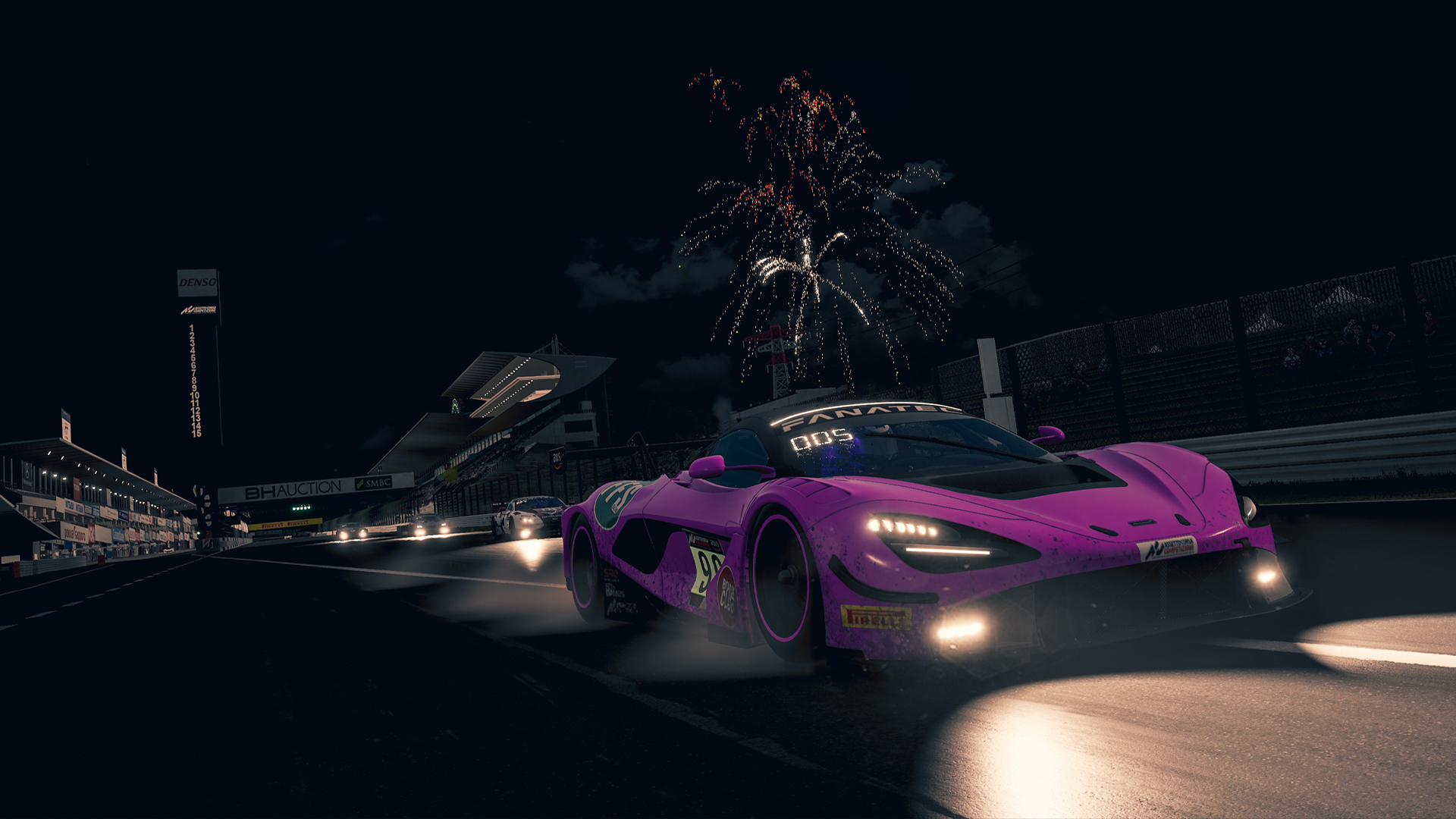 When it shook out, Grant-Smith continued to lead over Ryan-Meenan at the front of the field, but Kundakcioglu dropped behind Severt to sixth while Simard continued to run fourth, thereby finding himself in position to clinch the championship with 23 minutes to go.

Now clear of Kundakcioglu, Severt commenced his attack on Simard for fourth while Ryan-Meenan and Grant-Smith fought for the overall lead.

The scrap for the race win resolved itself first when Ryan-Meenan made an aggressive move around Grant-Smith with 12 minutes to go in the Dunlop Curve. Once around, he continued unchallenged to the checkered flag to take his first win of the season and secure fourth in the season-long standings.

“I thought his rear tires were either wearing or overheating because he had a couple moments in the laps before,” Ryan-Meenan said in his post-race interview.

“He had a big moment coming through the final corner the lap before and then through Turn 1 he had a big slide so I figured his tires were hotter.

“He had a few sketchy moments and I thought this was my chance. I didn't have the raw power out of the corners, whereas he had so much traction in the Porsche, so I knew I had to send it somewhere my car was quick, which is the end of Sector 1 and all of Sector 2.

“I just got a bit lucky. He got a slide on and I stuck the nose there and he just couldn't turn in, and that was it!”

The championship, on the other hand, went down to the final laps of the season. Coming out of the final turn with under three minutes to go, Severt made contact with the back of Simard who spun out of fourth position and the provisional championship lead.

Severt was assessed a penalty for the contact which dropped him out of the points, while Simard came across the line sixth on the road but second in the championship.

“It's kind of bittersweet,” Kundakcioglu said of his championship triumph post race. “Sometimes you need a bit of that luck to get the win done and that's what happened today.

“I think Phil deserved this a little more than I did, but I'm here and that's racing. We analyzed the points situation in depth going in so we knew what we needed to happen, and up until the incident I was sure that it wasn't happening.

“But once again that's racing and it's just bad luck for Phil and good luck for me.”

Nicolas Alvarado and the charging Zach Patterson of the HPD JAS Pro America team completed the top five in third and fourth, respectively.