Kundakcioglu opened the season with a runner-up and a win in the first two rounds at Kyalami and Donington in his No. 96 McLaren 720S GT3, amassing 43 points in the process, but has struggled in the past two events with just 16 points scored and no podium results.

The Canadian has seen his points advantage shrink to just two over Simard who broke through for a long-awaited win at Spa in Round 3 and was runner-up the last time out in Sprint competition at the Hungaroring in the No. 19 BMW M6 GT3.

Severt's run to championship contention has been powered by consistency. His No. 81 Aston Martin Vantage AMR GT3 has yet to cross the line first, but has not finished worse than sixth all season and twice Severt has finished on the podium. His deficit is just four points to second-place Simard and six to the championship-leader Kundakcioglu.

The fight for fourth, fifth, and sixth in the standings is wide open but the front runners will be SideMax Motorsports' Killian Ryan-Meenan's No. 23 Aston Martin and the No. 600 BanJordy Racing Porsche 911 GT3 R of Jordan Grant-Smith. The pair are level on 25 points and sit eight behind Cody Pryde who is currently fifth in the standings but does not appear on the Suzuka entry list.

Other notables set to contest the season-ending round at Suzuka include #GTRivals champion Bryan Heitkotter in the No. 5 Forsberg Racing Nissan GT-R Nismo GT3 and the stout HPD JAS Pro America quartet of Karl Wittmer, Cardin Lu, Zach Patterson, and Josh Staffin, all of whom have recorded at least one finish inside the top five so far this year and both Patterson and Lu have a chance for a top five finish in the final points standings with a good result.

Elsewhere, Hungaroring podium finisher Luke Whitehead is back in his No. 557 McLaren 720S GT3 for SDL Esports by Logitech, and regular contenders Simon Fisher of RacingSimTools eSports, Aloo Gobi of Griphax Engineering, and Jake Langevin of Pass on da Grass are all also in the field.

In total, 35 drivers have qualified for the race representing 11 different GT3 manufacturers.

Organized by SRO Motorsports Group in partnership with Fanatec, and Kunos Simulazioni, this weekend’s Endurance Series event will be streamed live and in full on the SRO YouTube and Twitch channels, as well as the SRO Esports Facebook page. Pre-race coverage begins at 4PM EDT on Saturday before the one-hour contest goes green. 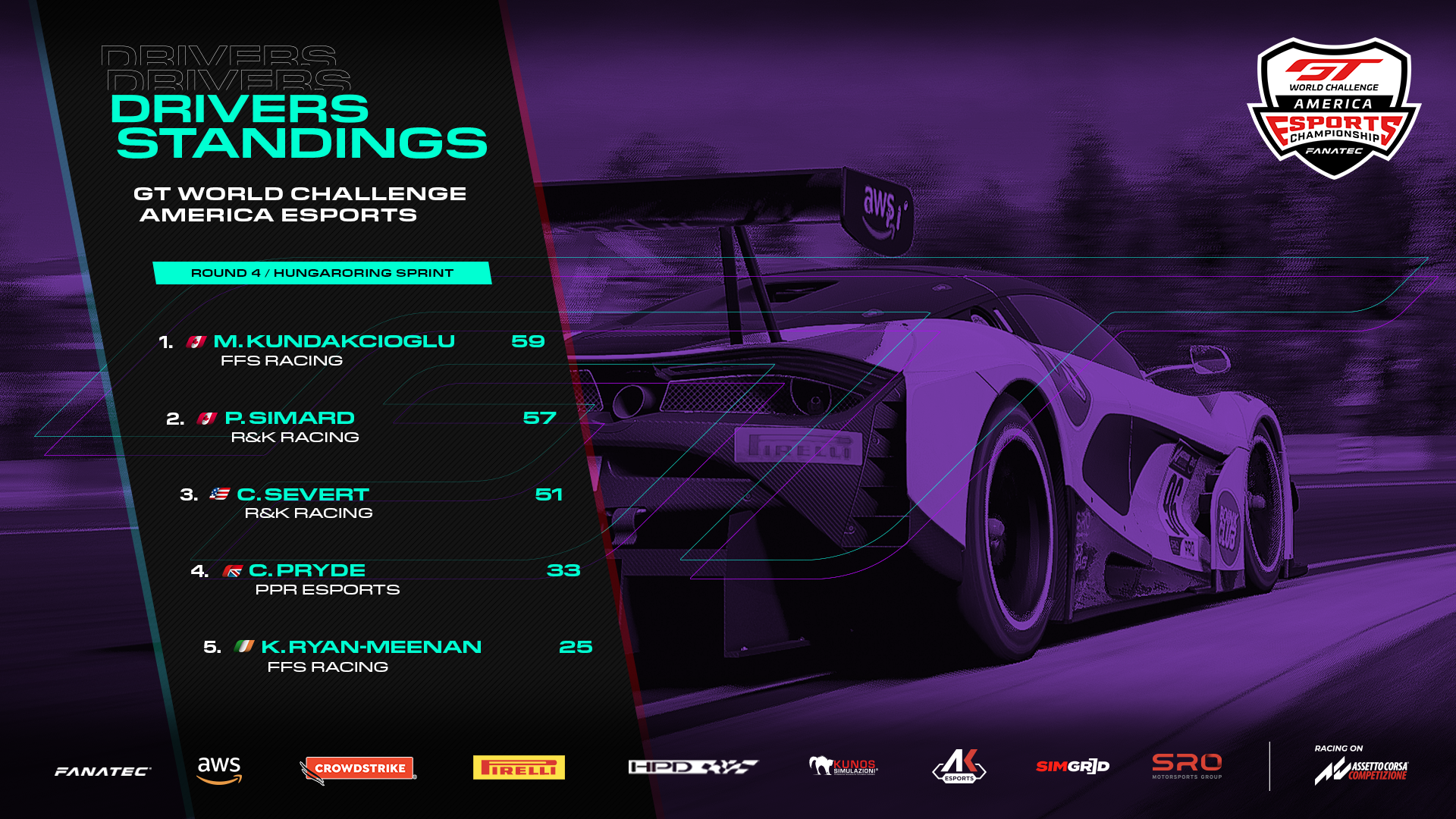