The scenic, lush circuit at Watkins Glen International comprises 11-turns and spans 3.37-miles through the foothills just southwest of Seneca Lake and Watkins Glen State Park. SRO America championships last competed at The Glen in 2019, before the global pandemic necessitated postponing those rounds into the other events during the 2020 season.

Returning in 2021, the weather is sure to play a part as the region has recently been inundated with storm systems and there’s a chance for more during the race weekend. Still, the track that’s a favorite among many of the drivers gets a welcome return visit this year, and fans are welcome to celebrate the return with their favorite teams and drivers in the SRO’s famous Open Paddock layout.

The Pro Class Storm is Brewing

While the first half of the season might have been characterized as the running of the bulls, the second half is shaping up to be a battle royale. Since the time period entering the break, each of the other Pro competitors outside of the pair of K-PAX Racing Lamborghinis has notched a win, and all of them look equally capable of repeating those performances and closing the gap to the frontrunners, #3 Lamborghini drivers Andrea Caldarelli and Jordan Pepper.

Tied in the second-place spot and just one perfect weekend away from overtaking the top spot are K-PAX teammates Corey Lewis and Giovanni Venturini, drivers of the #6 K-PAX machine. Sharing the slot on the points standings are Round 8 race-winners, Michael Dinan and Robby Foley, who co-drove their #96 Turner Motorsports BMW to an overall victory in Wisconsin and hope to repeat in Dinan’s homecoming at Watkins Glen.

Just a scant few points behind the quartet is Russell Ward, principal and co-driver of the #33 Winward Racing Mercedes-AMG GT3. Ward’s run this weekend, with co-driver Mikael Grenier, can get him to within two points of the frontrunners, making the outcomes of the weekend’s Pro-class finishes as important as ever for the championship bids. 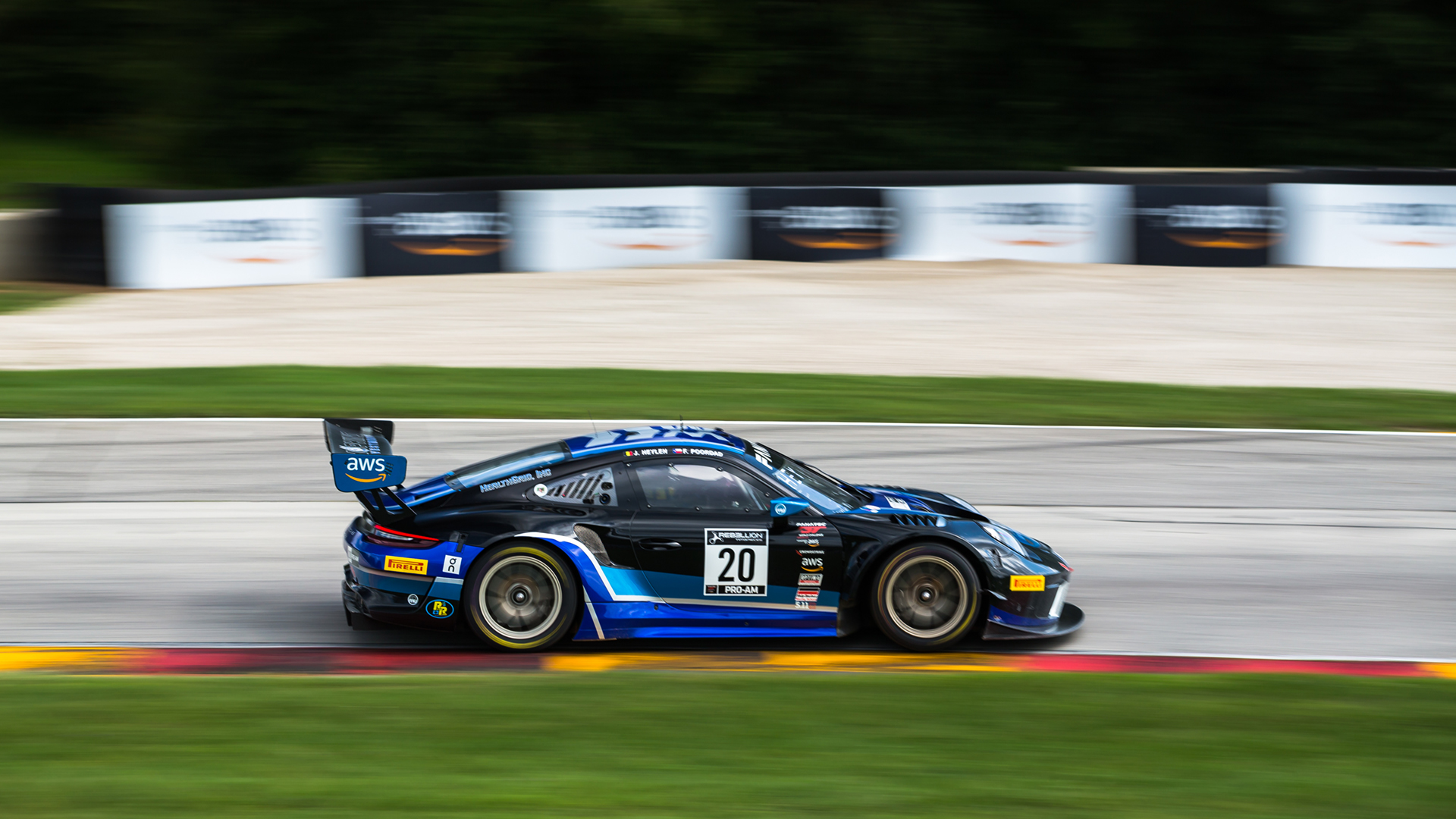 The Wright Motorsports crew, anchored by Fred Poordad and Jan Heylen, have a stronghold on the first place Pro-Am spot in their #20 Porsche 911 GT3-R (991.2). While it’s still possible for teams to work their way to striking distance from the top, a performance output that has seen the pair on the podium for every race all season long ensures that it won’t be the easiest task.

Thanks to an increasingly consistent effort, Racers Edge driver Taylor Hagler finds herself second in the points standings with a race win from Road America in tow. She’ll continue her charge up the charts in the #93 Acura NSX GT3 with co-driver and fellow GT Academy alum Jacob Abel.

Sitting one point behind Hagler in the standings is the DXDT duo of George Kurtz and Colin Braun. They lead the DXDT contingent of drivers in the standings in the #04 Mercedes-AMG machine, while teammates Ryan Dalziel and team principal David Askew (#63) follow just 10-points behind and the driver-pairing of New York native Michael Cooper and Erin Vogel (#19) sit 12-points behind them.

Compass Racing, who have been finding their pace with anchor driver Matt McMurry, will look to add to their win and podium finish from the past few events and better their position in the overall standings; Michael Di Meo is tasked to co-drive the #77 Acura NSX GT3 this weekend.

Giacomo Altoe occupies the next spot on the driver standings. He is joined this weekend by past champion Martin Fuentes in the Am-spot of the Pro-Am #9 TR3 Racing entry.

Dual-series entrant Jeff Burton, driving under the Rearden Racing flag, has been consistently in the points with co-driver Vesko Kozarov in the #91 Lamborghini Huracan. The two will return to contest the grid and add to their overall points cache, where they currently sit neck-and-neck with the Ian Lacy Racing duo, Frank Gannett and Drew Staveley, who will continue to challenge the field and aim to improve upon their fourth-in-class finish at Road America in the #12 Aston Martin Vantage AMR GT3.

Just behind those two are the inception racing duo, New York City’s own Brendan Iribe and Ollie Millroy (#70), who will continue their charge in the single McLaren entry in the GTWCA paddock and attempt to create points distance to their nearest competitor duo, Zelus Motorsports’ Jason Harward and Madison Snow (#88) who, like inception racing and Rearden Racing, have competed with the challenges of a simultaneous dual-series run all season long. 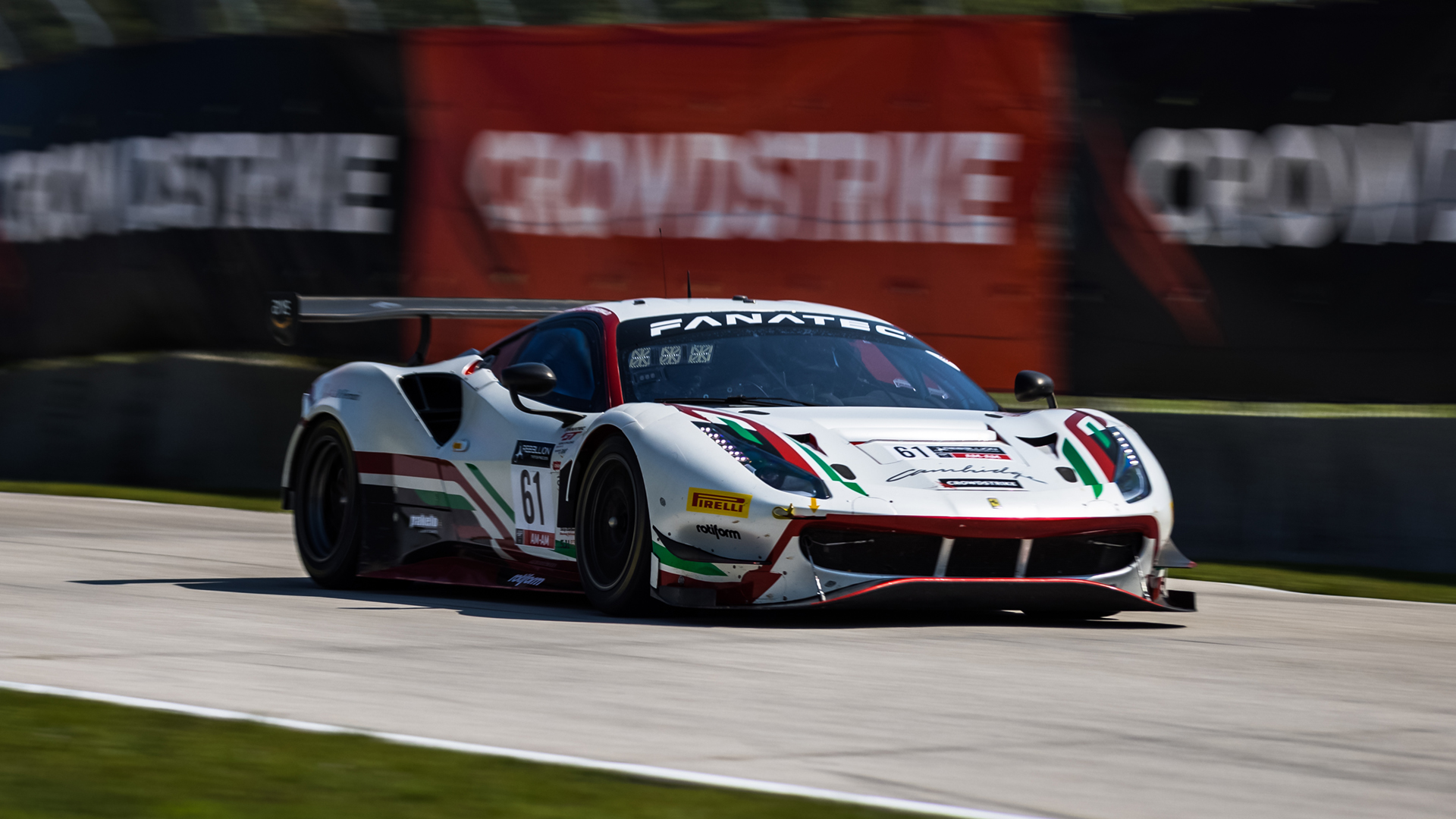 The late-season entry from TR3 Racing, featuring co-drivers John Megrue and Bill Sweedler in the #10 Lamborghini Huracan GT3, may not quite be able to take the top Am spot from the #61 AF Corse team of Jean-Claude Saada and Conrad Grunewald, but you can bet that both of their entries at race weekend will keep the entire grid on its feet. With the Ferrari duo having clinched the Am Driver’s Championship, the remaining contests now default to the age-old conflict of bragging rights between the dancing horse and the bull.

Get to The Glen

General Admission tickets are available starting at $20 for the weekend; get your tickets at https://bit.ly/gttheglen and follow all the #GTTheGlen action on our social channels @gtworldhcallengeamerica on Facebook and Instagram or @gtworldcham on Twitter.