Elkhart Lake, Wisc. - After a never-ending summer break, North American GT Racing is back as the Fanatec GT World Challenge America powered by AWS championship fires up again, this time in America’s heartland at Wisconsin’s Road America on August 27th to 29th presented by CrowdStrike.

With no break in global GT World Challenge competition outside of North America, the rivalry brewing between Mercedes-AMG and Lamborghini has reached a fever pitch. While Mercedes-AMG is currently ahead, Lamborghini is just a scant few points behind with no sign of letting up.Third-place contender Audi Sport still has a fighting chance for high honors but it’s going to be an uphill chase from here on out with no American entry to gain valuable points.

The return to competition at the renowned National Park of Speed kicks off with the second annual GT Parade on Thursday, August 26th, with the procession running from Road America to nearby downtown Elkhart Lake’s Siebkens Resort. The free, all-ages affair was a hit for race fans and is expected to grow into a marquee event highlighting the legacy of GT racing at Road America.

Sitting squarely in the middle of what was originally Wisconsin farmland, the area comprising and around Road America has grown into a racing-resort destination that many have on respective “bucket list” compilations. Always a driver favorite, the waning summertime climate of Wisconsin in late August could lead to some shake-ups in team strategy or equipment choices over the course of the double-header competition weekend, so add “weather” to the list of things that can make each race fair game for any of the competing teams.

Pro Class Is Back in Session

Though they might seem like the four bull-riders of the apocalypse to the other competitors, the two driving duos of K-PAX Racing only have winning on their minds. In the #3 car, Andrea Caldarelli and Jordan Pepper sit at the top of the points standings but anyone, including their own teammates in second place - Corey Lewis and Giovanni Venturini in the #6 K-PAX Racing Lamborghini - has the ability to dominate the second half of the season and come out with the final championship hardware.

Still in the chase and just a hair’s width behind the second place K-PAX duo are Russell Ward and Mikael Grenier. The two co-pilot the #33 Winward Racing Mercedes-AMG GT3 and ended the first-half of the season with a podium-topping performance at VIR. Look to them to try for a repeat performance at Road America.

Michael Dinan and Robby Foley, former GT4 champions now competing in the GT3 Pro category, closed their last race weekend out with a pair of podium finishes and may have discovered what it takes to tame the bulls and take home the top hardware themselves. 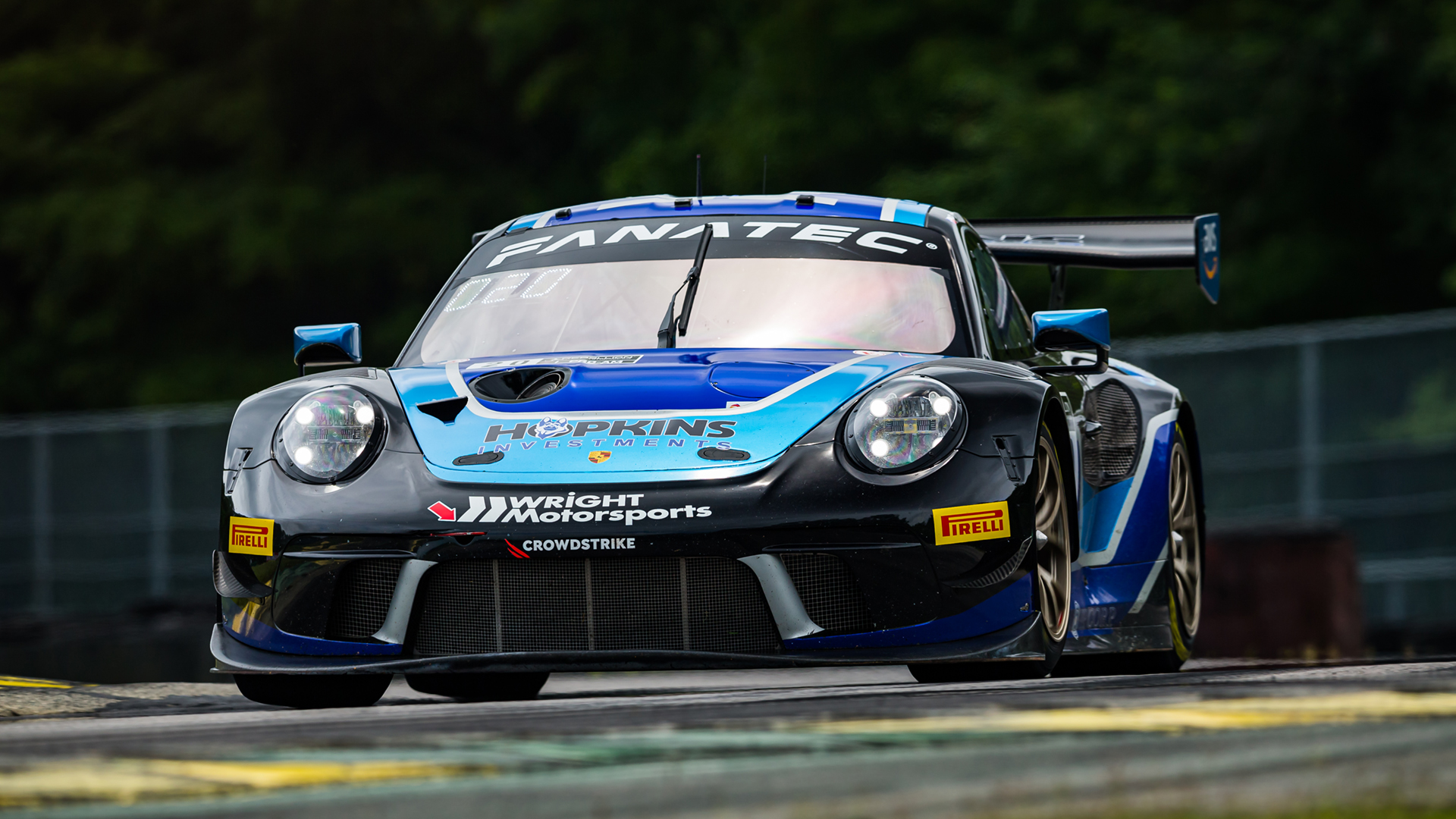 Pro-Am Class Brings the Heat to the Heartland

Topping the charts coming off the break are the driver pair of Jan Heylen and Fred Poordad. The two #20 Wright Motorsports Porsche 911 GT3-R (991.2) drivers will attempt to hold off a slew of highly-capable teams and drivers vying for the position that they currently hold that’s as close to slipping away as a single race win at the Road America double-header.

George Kurtz and Colin Braun, co-pilots of the #04 DXDT Racing entry, sit second in the highly competitive Pro-Am driver standings and are ready to lead the team’s fleet of Mercedes-AMGs to victory through the rest of the season. Teammates Erin Vogel and Michael Cooper, celebrating their own successful and historic weekend at VIR will once again drive the #19 Mercedes-AMG in search of additional podium hardware. Closing out the DXDT three-car effort  are team principal David Askew and co-driver Ryan Dalziel, who will continue their respective run for the Pro-Am championship in the #63 Mercedes-AMG machine.

TR3 Racing returns with their #9 Lamborghini Huracan GT3 entry, this time with champion Martin Fuentes pairing up with Giacomo Altoe to contest the Pro-Am class . Various combinations of drivers thus far have shown increasing pace and consistency so this could be the combination and the weekend that sees them on top.

The solo Aston Martin Racing AMR entry belongs to team Ian Lacy Racing. The #12 car, under the direction of Frank Gannett and Drew Staveley, is expected to shake up the grid as the team continues to find pace and position after the break.

From across the pond, the inception racing team of Brendan Iribe and Ollie Millroy are back again in the only McLaren entry in the series. The #70 vehicle, put through its paces as a dual series contender each weekend, will look for its drivers to bring it across the finish line first, no matter which cars surround it in the starting grid.

After powering through a tough season with a switch to an Acura platform, Compass Racing closed out the first half with a trip to the top step. Drivers of the #77 machine Michael Di Meo and Matt McMurry hope to continue those trips to the top at Road America.

Also running the Acura platform, Racers Edge Motorsports anchor Taylor Hagler is back with co-driver Dakota Dickerson. Together the pair look to add on to the three podium finishes to-date in the #93 Acura NSX GT3.

Series newcomers and ambitious dual-series contenders Zelus Motorsports are back from a single-driver stint in Nashville and ready to contend with the two-driver approach in the #88 Lamborghini Huracan GT3. Drivers Jason Harward and Madison Snow are finding increasing pace and seem on the verge of unlocking the key to the podium.

Co-drivers Jeff Burton and Vesko Kozarov, in the #91 Rearden Racing Lamborghini Huracan GT3, also return with their eyes on the prize, encouraged and renewed by Burton’s recent class win in Nashville.

The #61 AF Corse Ferrari 488 GT3, driven by Jean-Claude Saada and Conrad Grunewald have gone elbow-to-elbow with the other Pro and Pro-Am teams, recording two overall Top Ten finishes in four races. The Am duo is expecting company in Road America as TR3 Racing has entered the #10 Lamborghini Huracan GT3 with drivers Bill Sweedler and John Megure behind the wheel. 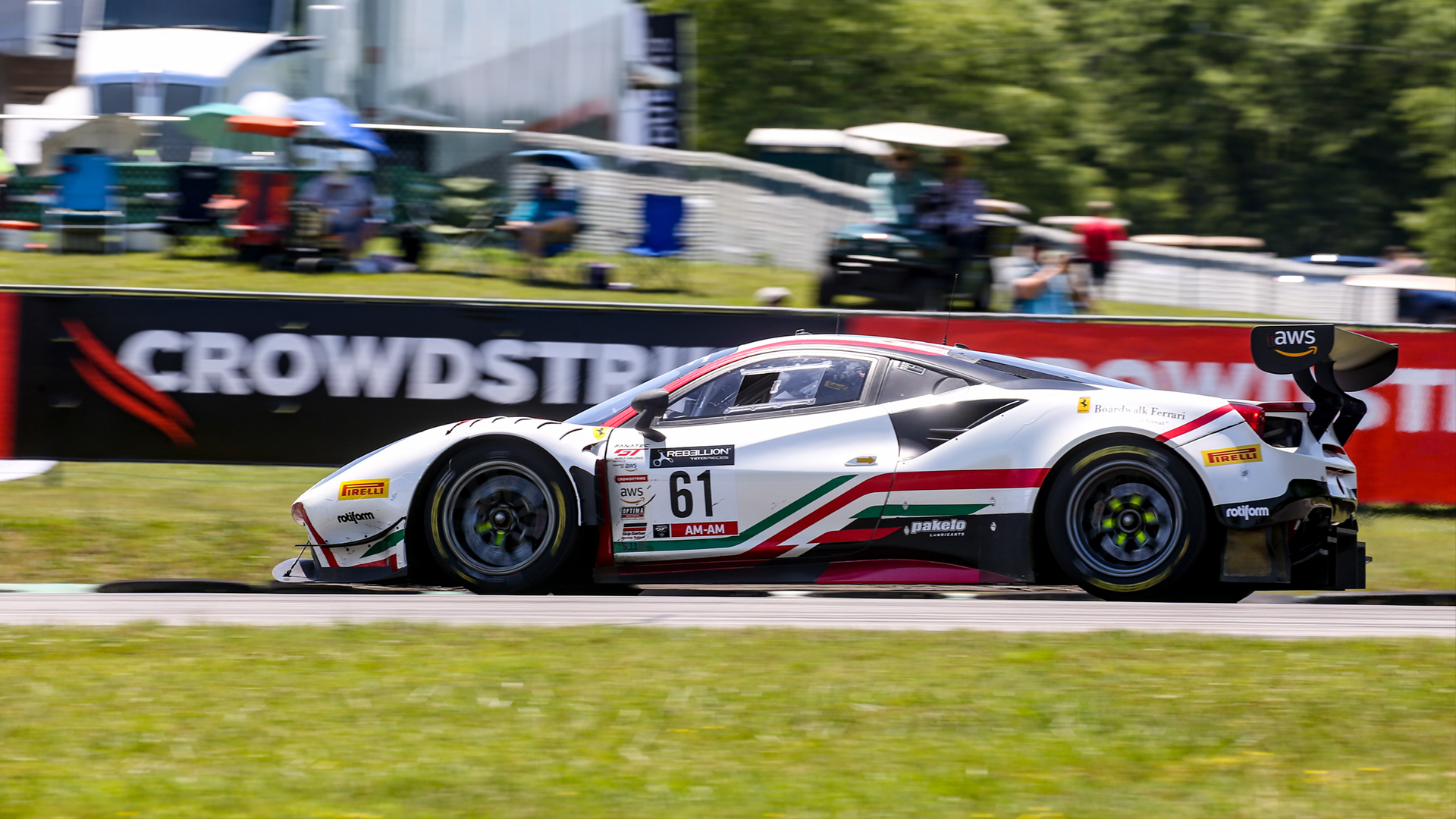 A Day at the Park

The break is over and it’s time to go racing. Come join us for the GT Parade and be a part of the Road America all-series double-header weekend. The GT Parade procession kicks off on Thursday at 5:00pm CDT with the Welcome Party at Siebkens Resort firing up at the same time.