Austin, Texas - After a rain delay to the original day's schedule, the Fanatec GT World Challenge America powered by AWS competition delivered the action in bucketloads. When the downpour and lightning threat created the caution/checkered premature stop to the race, it would be Jordan Pepper in the #3 K-PAX Racing Lamborghini Huracan GT3 that would lead the team to its next win and capture the CrowdStrike Fast Lap award for the race in the process.

At the drop of the green flag, P3 qualifier Michael Dinan deftly maneuvered the #96 Turner Motorsport BMW F13 M6 GT3 through the K-PAX Racing P1 and P2 traffic and eventually took the lead in the race. It was short-lived, however, and Dinan dropped back behind Pepper after denying him the possibility of a flag-to-flag win. The battle for second place ensued  between the #96 BMW (Dinan), the #6 K-PAX Racing Lamborghini (Venturini) and the #33 Winward Racing (Ward) Mercedes-AMG GT3 for the length of the first driver stint. 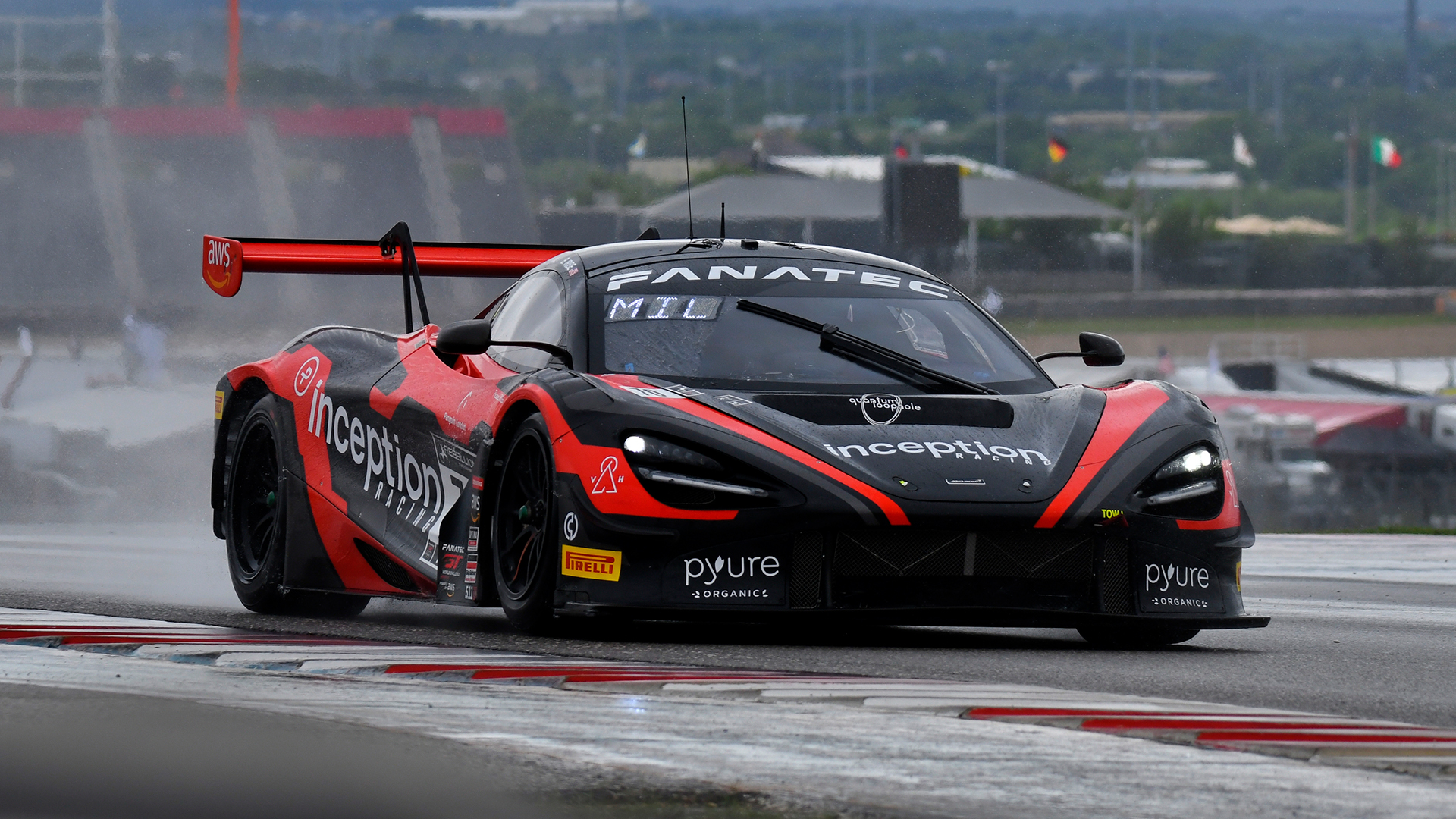 Gannett and his Aston Martin were the first to execute the required pit stop, followed by Venturini and Dinan who exited at the same time. Burton, Poordad, and Vogel followed by Harward and Askew. Shortly after that, Foley and the Turner Motorsports BMW were the first out of the required pit stop with #6 co-pilot Corey Lewis close behind in the K-PAX Lamborghini. Because of the strategic in-and-out timing of the #3 K-PAX Racing Lamborghini, co-driver Andrea Caldarelli re-entered the track after the pit stop and landed in first place. Winward Racing's pit stop and driver change resulted in the re-entry of Ellis into second place. At the end of all the pit and driver change dances, the #96 BMW found itself with Robby Foley behind the wheel and a sixth place overall position.

After climbing back to third and catching Ward, the battle for second place resumed until the rain came in hard and fast, and the race was ultimately called checkered with a little over nine-minutes left after a yellow flag was called for the increasingly dangerous weather conditions.

With the overall top three mirroring the Pro class top-three, the inception racing team would capture the Pro-Am win with the Wright Motorsports Porsche and the TR3 Racing Lamborghini completing the Pro-Am podium.

GT World Challenge America competitors finish out the COTA weekend on Sunday, May 2nd, when CBS Sports Network television coverage starts at 1:00 pm CDT while the free GT World YouTube stream goes live approximately 3-5 minutes before the green flag drops at 1:15 pm CDT. Audio simulcast will be handled by SiriusXM Satellite Radio on SXM 382 (web 992), while live timing and scoring can be seen at gt-world-challenge-america.com under the "LIVE" tab.