As the SRO America teams prepare for their annual trip to the Lone Star State, many members of the paddock will be racing on home soil at Circuit of The Americas. From the Fanatec GT World Challenge America powered by AWS camp, Windward Racing and driver Russell Ward both call Texas home. Team and driver both have been representing the state on the global motorsports stage in recent years, but the next round of the championship will be their only opportunity to race in their home state in their busy 2021 schedule.

GTWC America competitor Colin Braun is also a native Texan. Hailing from Ovalo, Texas, Braun will be racing just three and a half hours away from his hometown. The DXDT Racing driver raced prototypes and GT cars at Circuit of The Americas last year and was the runner-up in both of his GTWC America starts at the track in 2019 alongside co-driver George Kurtz.

Texan Taylor Hagler made her GTWC America debut at Sonoma in April and is looking to build on a pair of third place finishes in the competitive Pro-Am class to start the season. The San Antonio native notched her first career SRO America podium at COTA in TC America competition back in 2019 and made a cameo appearance at the track last year in the series' second visit to the circuit in the 2020 season. 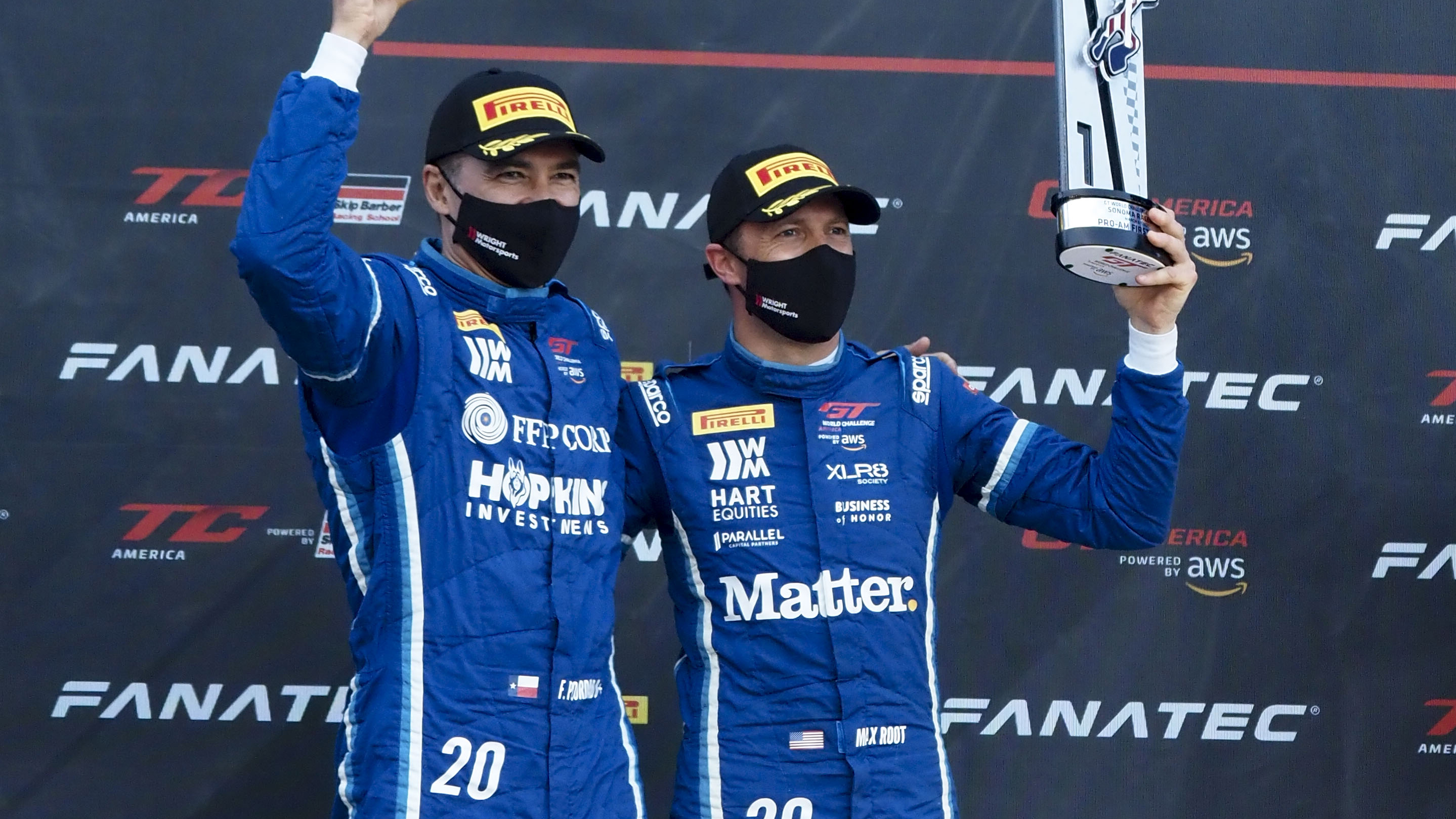 Fellow San Antonian Fred Poordad enters the COTA weekend as the GTWC America Pro-Am championship leader after a win and a second place finish to open the season for Wright Motorsports. Poordad made his series debut at COTA a year ago. Outside of the race car, Poordad is a Professor of medicine at the University of Texas Health Science Center in San Antonio and is the VP of Academic and Clinical Affairs at the Texas Liver Institute in his hometown.

AF Corse driver Jean-Claude Saada too will be on home soil at COTA as he and co-driver Conrad Grunewald continue to improve in their first season driving together in GTWC America competition.

The state of Texas is well represented in Pirelli GT4 America competition as well with impressive newcomers Smooge Racing and their driver John Geesbreght both based in the Lone Star State. The team, named after Geesbreght's childhood nickname, shone bright in their debut weekend at Sonoma by securing a race win in the team's second-ever start. Geesbreght and co-driver Kevin Conway lead the Am class points after the first two races of the season and aim to build on that at the team's home track.

A pair of Texans also lead the Pirelli GT4 America Pro-Am points after a dominant weekend at Sonoma, and if past is prologue Jason Hart and Matt Travis will be a pairing to watch at COTA as well. The NOLASPORT pairing has won four of the last six series races at the track en route to runner-up finishes in the championship in both 2019 and 2020.

Last year's Pirelli GT4 America Am champion Sean Gibbons may not be a Texan by birth but the West Orange, New Jersey-native has found a home in Dallas. Also racing out of the NOLASPORT stable, Gibbons finished on the class podium in all four COTA starts last year including three wins and clinched the class championship at the circuit with two races remaining on the calendar. He is joined by Texas-native Sam Owen for his 2021 campaign with the team.

They will have competition from their teammates David and Russell Walker who were third in the 2020 Am standings. The father-son duo from Dallas closed the 2020 season on a high by sweeping the weekend at the Indianapolis Motor Speedway, and Russell carried that into 2021 with a win and two podiums in the first two races of the season at Sonoma. Now reunited with his father for the race at COTA, this NOLASPORT pairing figures to be a contender.

Elsewhere in the GT4 America field is Joe Rubbo who is in his first season of SRO America competition after several seasons of single-make Ferrari racing. He is paired with Ryan Eversley in an ST Racing-entered BMW M4 GT4 in the Pro-Am class.

Dallas native Chandler Hull is in the field once again in the No. 94 BMW M4 GT4 from BimmerWorld Racing which also fields a BMW for Texan James Walker Jr. Meanwhile, RHC Jorgensen/Strom team owner/driver Daren Jorgensen and series debutant Jeff Mosing from Murillo Racing are other Texans on the grid. 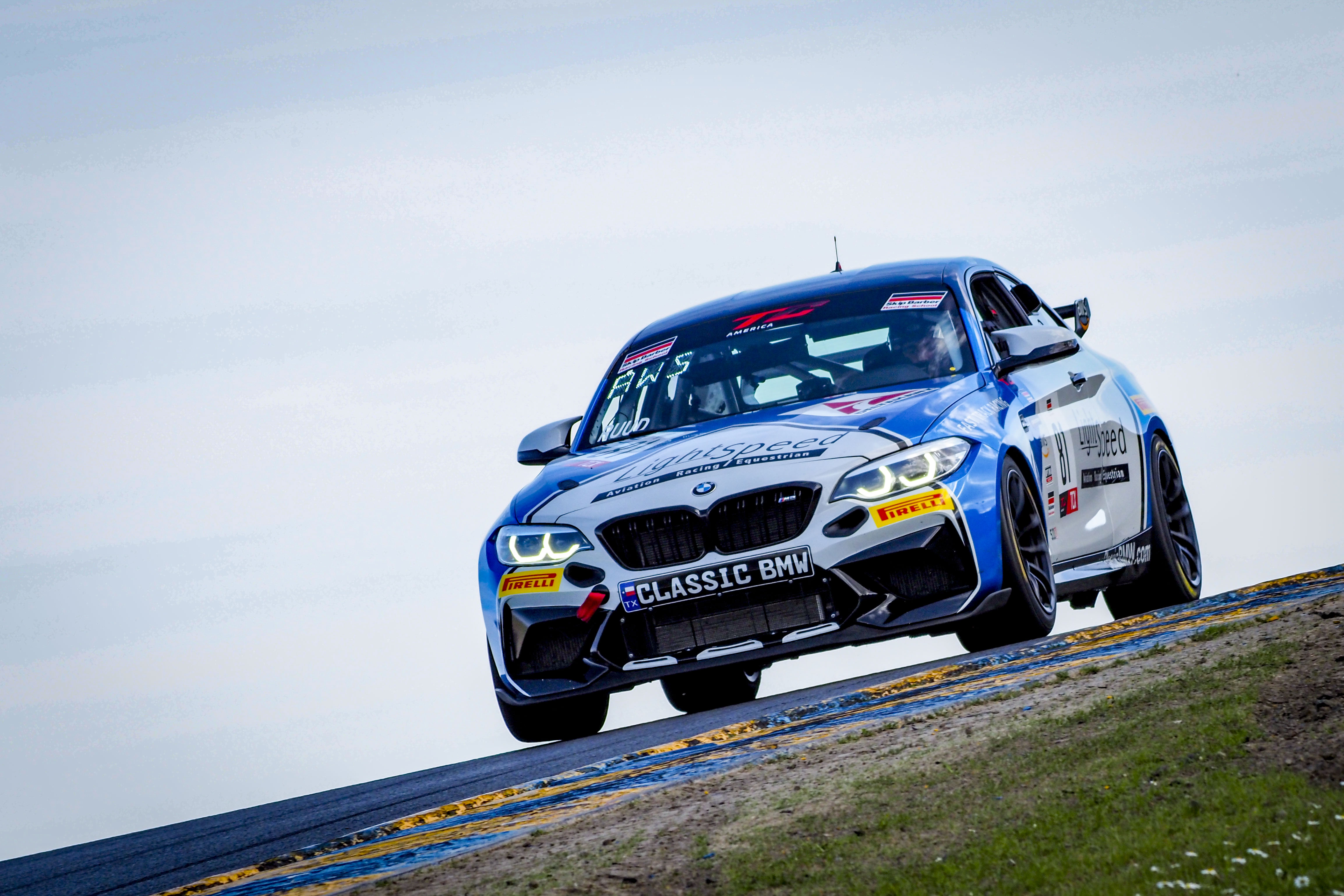 GT America and TC America stalwarts Classic BMW are another Texan operation that will have a big footprint on the ground at COTA. In TC America, John Hennessy and Jacob Ruud are set to compete for the Plano, Texas-based squad in the new-for-2021 TCX class, while team manager Toby Grahovec will pilot a BMW M240iR in the TC category. The team will be represented in the GT America series by Phil Bloom in a BMW M4 GT4, who will compete against Topp RacingPrive Motorsports driver Thomas Surgent who also calls Texas home.

Also in the TC America series, Joe Federl returns to the site of his first pro racing victory. The Austinite bounced back from a DNF in Race 1 at Circuit of The Americas last year to score a popular victory for TechSport Racing and is looking to match that success in his return to his home circuit.

He is joined on the TC class grid by Auto Technic Racing driver Austen Smith who aims to build on a strong opening weekend to the season at Sonoma in front of the home fans. Smith scored a class podium in the second race of the season and enter COTA fourth in the TC points standings.

Be sure to follow these Texans as they hit the track at Circuit of The Americas April 30 - May 2. All of the races will be streamed live at the SRO’s GT World YouTube channel and will be covered either live or on tape delay on CBS Sports Network in the United States.