Sonoma, Calif. - The KPAX Racing #3 Lamborghini Huracan GT3 driver pairing of Andrea Caldarelli and Jordan Pepper overcame a poor race start to complete the weekend sweep of the first competition weekend of the Fanatec GT World Challenge America Powered by AWS. DXDT Racing's George Kurtz and Colin Braun (#04 Mercedes-AMG GT3) put in a good fight for the Overall win but settled for an Overall podium showing and first in Pro-Am class finish. The #61 AF Corse Ferrari 488 GT3 driven by Jean-Claude Saada and Conrad Grunewald finished on top of the Am pair classifications.

Sunny, breezy conditions enveloped Sonoma at the drop of the green flag but there was a dark cloud over the KPAX camp as their prime pole and P3 positions slipped away quickly before the first turn. P2 Qualifier Colin Braun (#04 DXDT Racing Mercedes-AMG GT3) and P4 qualifier Jan Heylen (#20 Wright Motorsports Porsche 911 GT3-R 991.2) took advantage of the situation and edged forward to the top spots, dropping The KPAX Lamborghinis of P1 Jordan Pepper (#3) and P3 Giovanni Venturini (#6) as far back as fourth place. 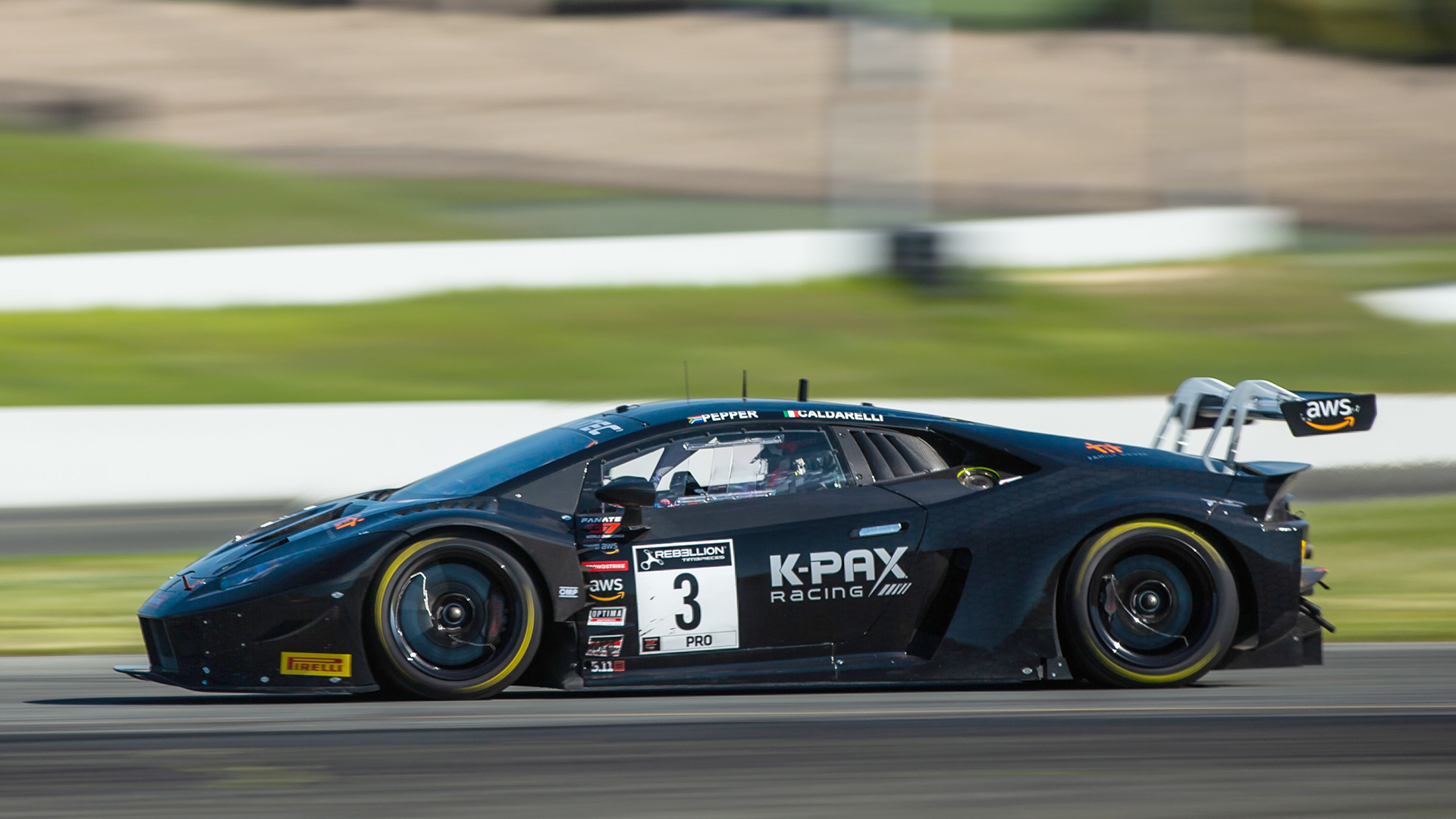 More battles commenced for overall position and to get within striking range of the win, including a fight-back run between veteran Ryan Dalziel (#63 DXDT Racing Mercedes-AMG GT3) and series newcomer Dakota Dickerson (#93 Racers Edge Motorsports Acura NSX GT3) battling for position and to hold on to the Pro-Am podium spot.

Shortly before the pit window opened, the #77 Compass Racing Acura NSX GT3 came in for an undetermined fuel-related issue that was solved by the team refueling and getting the car back into rotation.

Immediately after the pit window officially opened, the #3 KPAX Lamborghini came into the pit for the mandatory stop and executed an almost-perfect stop that saw them jump out ahead and recover the positions from the bad start. 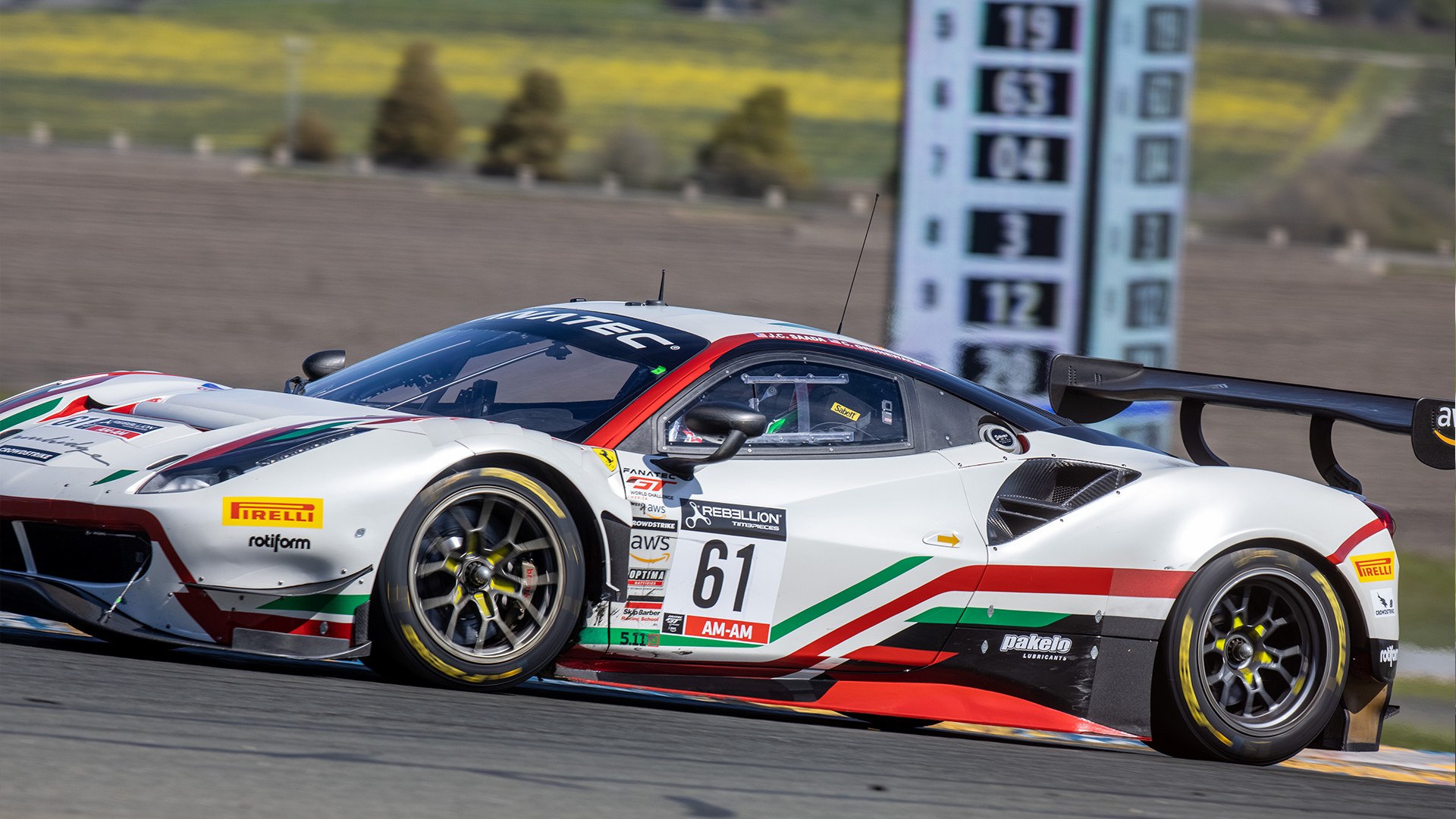 At the close of the pit window, the field leaders had returned to essentially a similar position to the starting grid, each holding their positions for the remainder of the race while a battle for overall position proceeded with Pro-Am Class Am-rated Erin Vogel (#19 DXDT Racing Mercedes-AMG GT3) defending against Russell Ward (#33 Winward Racing Mercedes-AMG GT3) down to the last turn of the last lap to maintain 6th and 7th overall positions, with the #33 car hanging on to the third Pro spot, locking out the #96 Turner Motorsports BMW F13 M6 GT3 (Michael Dinan and Robby Foley) from a podium showing.

Pro-Am competitors Wright Motorsports held on to the podium placement under driver Fred Poordad's driving of the #20 Porsche, while Taylor Hagler brought home the #93 Racers Edge Motorsports Acura NSX GT3 for the last spot on the podium.

Results are provisional until posted final. Catch the Sonoma weekend highlights package on CBS Sports Network premiering on March 17th at 8:30 pm EDT; check your local listings for channel information. GT America powered by AWS packs up the paddock and prepares for the next rounds of competition at Austin's Circuit of the Americas on April 30 - May 2.