Baptista led the field to green in the #1 Squadra Corse Ferrari 488 GT3. Heylen in #20 Wright Motorsports Porsche 911 GT3 R (991.II), who started second, drag raced to the inside and squeezed through into the lead through turn 1. Baptista slotted into second. Hindman, in the #93 Racers Edge Motorsports Acura NSX GT3 and Kyle Marcelli, in the Racer's Edge #80 Acura NSX GT3 both moved around Ryan Dalziel, in the #63 DXDT Racing Mercedes-AMG GT3.

With Heylen building a 1.5 second lead over Baptista by lap 5, the two leaders had pulled away from the pack. Hindman, Marcelli and Dalziel closed up to battle for third overall. By lap 8, Marcelli closed on Hindman, with Dalziel waiting in the wings. On lap 14, Hindman and Marcelli went door-to-door through turn 11 and drag raced down the back straight. Marcelli out braked through turn 12 to complete the pass. Then on lap 22, Dalziel would pass Hindman through turn 11, just as the pit window opened at the 45-minute mark. At the window, Heylen held a six-second advantage over Baptista. 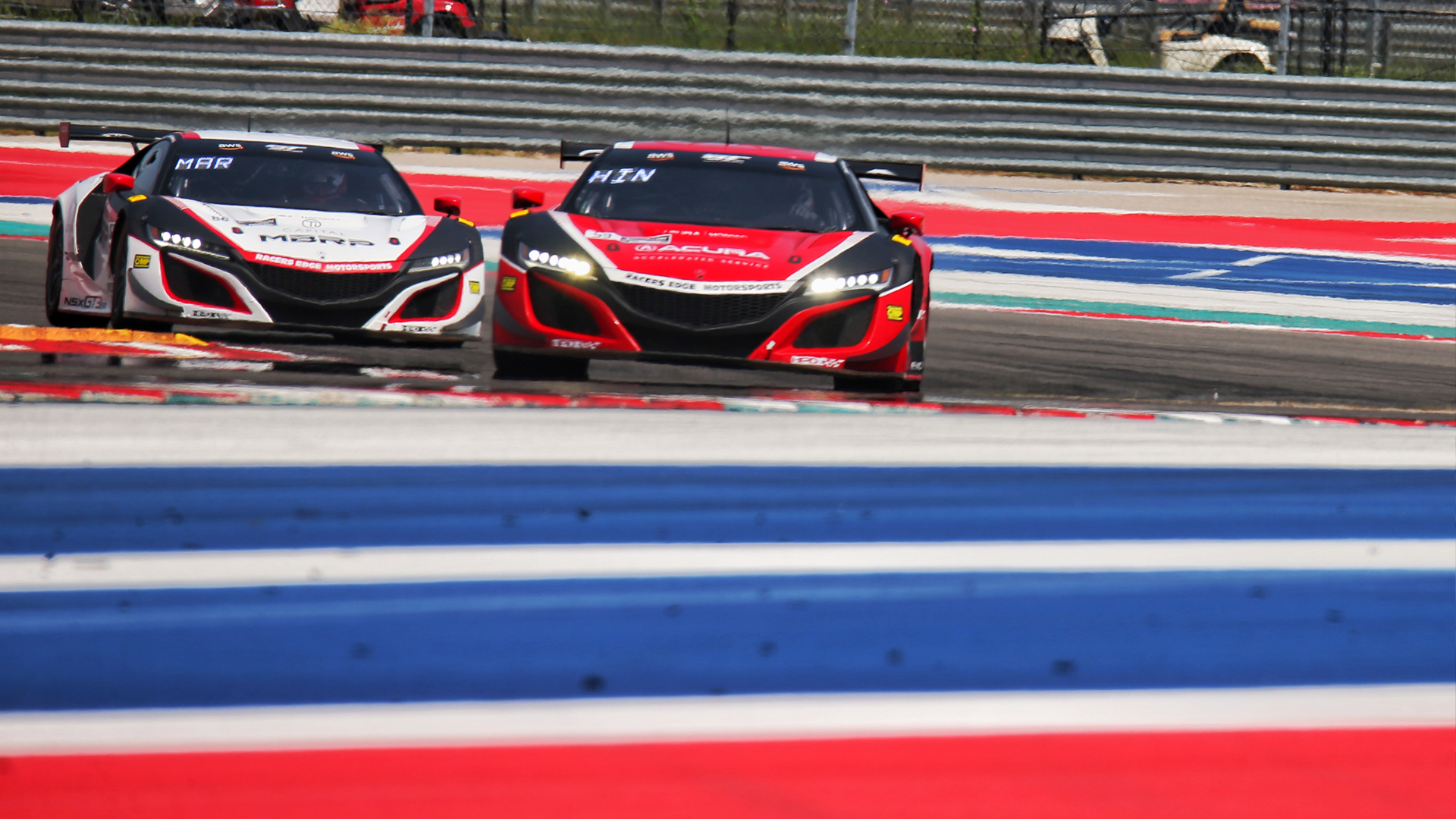 The leaders Heylen, Baptista, Dalziel and Hindman all stayed out until near the end of the pit window. The focus then switched to the action on pit road as Heylen came in for Poordad, Baptista changed over to Fuentes, Dalziel gave the seat over to Askew, and Hindman handed the reins to Blackstock.

Once the charts recycled, Poordad remained in the lead by 2.9 seconds over Fuentes, with Askew and Blackstock third and fourth.

From there the leaders held position and Fuentes crossed the line 7.9 seconds ahead of Blackstock. With the win, Fuentes and Baptista lead in the Pro/Am Division Driver's Championship by 49 points.

"We were focused 100% on getting the car faster and faster this weekend. Rodrigo and the team did a great job. I'm impressed and thankful to the team," said Fuentes. "And now Rodrigo and I are in the lead in the championship again."

"Missing that first practice session of the weekend really hurt us and unfortunately we also discovered an issue with the car in practice 2," said Blackstock "but overall we are happy with two podiums this weekend. So thankful for the Racer's Edge team, they worked their tails off this weekend to get us on the podium. We'll take the points and look forward to Indy."

Results are provisional until posted final. Drivers now look ahead to the finale weekend of the 2020 season at Indianapolis Motor Speedway, October 2-4. Follow the series at www.gt-world-challenge-america.com.