The driving duo from San Francisco, Henry Schmitt and Greg Liefooghe are next for our Driver Download. They’re back racing the #87 BMW M6 GT3 for Stephen Cameron Racing in GT World Challenge America powered by AWS. Both drivers are no stranger to SRO America Competition - having competed across all series, TC America, Pirelli GT4 America and GT World Challenge America, over the past several seasons. Let’s learn more about the BMW pilots! 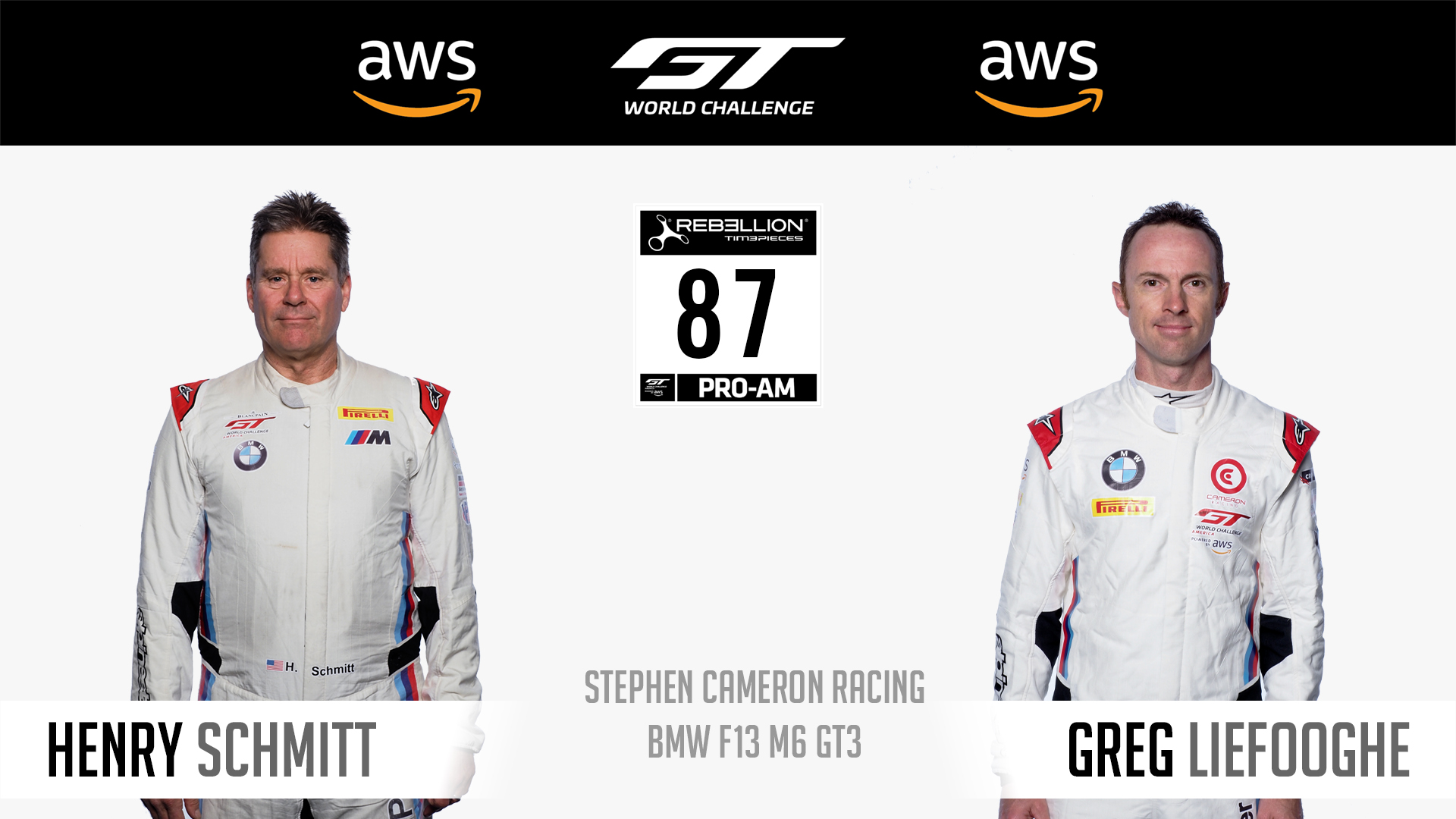 How did the season opener at COTA go?
Henry: Good event, lots to still sort out. But it’s my 2nd favorite track and enjoyed the weekend.

Greg: COTA went well, we’re still coming up to speed on the complexity of the car. We have improved our new tire pace and we are working on developing our long run pace. We made some major progress for the Sunday race, but unfortunately, we had a bit of contact during the race and we were not able to show what we had. I’m looking forward to the rest of the season whenever it starts back up.

How did you get into racing?
Henry: I needed a legal place to drive fast! Which naturally led me to the racetrack.

Greg: I started a little bit later in life than your typical pro driver. A friend invited me to an indoor go kart place, and it was all downhill from there. Very soon after I found myself in real outdoors karts, won a few championships which gave me access to the Jim Russel school in Sonoma. I got very lucky to be in Norcal, there is a true hot bed for pro drivers around here, the competition was fierce. After a year of racing the school’s formula cars, I moved up to touring cars in a different Pro series and never looked back. I have to say I love TC, GT and sedan racing in general, I feel the racing is closer, which makes it better.

What is your favorite racing memory?
Henry: Watching races with my Dad.

Greg: I have a few good ones, my first Pro podium was Daytona right at the start of my second year of pro racing, I remember having goose bumps crossing the line. There’s also last year when we won the championship with Sean Quinlan in GT4. I started working with him more than 5 years ago now, when he was still new to racing in Spec e30s. It has been super rewarding to see him grow as a driver and to be able to share this experience with him.

What’s the story behind your helmet design?
Henry: I have a custom BMW Motorsport design.

Greg: I started getting my helmets painted when I was in go karting, I tried a few designs and colors, but always wanted to get something brighter. I settle on my current design because I haven’t found anything brighter than flo orange and flo yellow so far.

Something interesting about you or a hidden talent?
Henry: I live for hiking tall peaks!

Greg: I’m very much of a single focused kind of person and I have a good eye for details. With this combo, when I set my mind to doing something, I’m going to analyze all aspect of it, and spend 100% of my time focused on achieving the goal I have set out to do. I used to be a scuba diving instructor, and an avid skier, but I haven’t been in the water or on skis since I started racing.

If you could invite 3 people to dinner (living or dead) who would it be and why?
Henry: Moe, Larry, and Curly… I love to laugh.

Greg: I think I would love to have dinner with Adrian Newey, Ross Brawn and Alain Prost and start a conversation on drivers’ strength and weaknesses, driving styles, and little details that are just impossible to see from the outside. I think the 3 of them have seen and worked with a lot of the best drivers in world and it would be fascinating to hear what they have to say.

Henry, your family has been involved with BMW for more than 40 years and it wasn’t until 2018 that you began racing in the pro ranks. Tell us about that move…

I enjoy fast cars. Local and club racing only took me so far. Now I am competing at an much higher level that continues to challenge me in every way.

Greg, you live in San Francisco and some of the greatest movie car chase scenes have been shot in that great city. None greater than Bullitt. Have you ever thought of what it would be like, obviously hypothetically, to race through the streets of San Francisco?

I think about it all the time when I’m driving through a blind crest and what it would be like to go at speed through those crossroads. 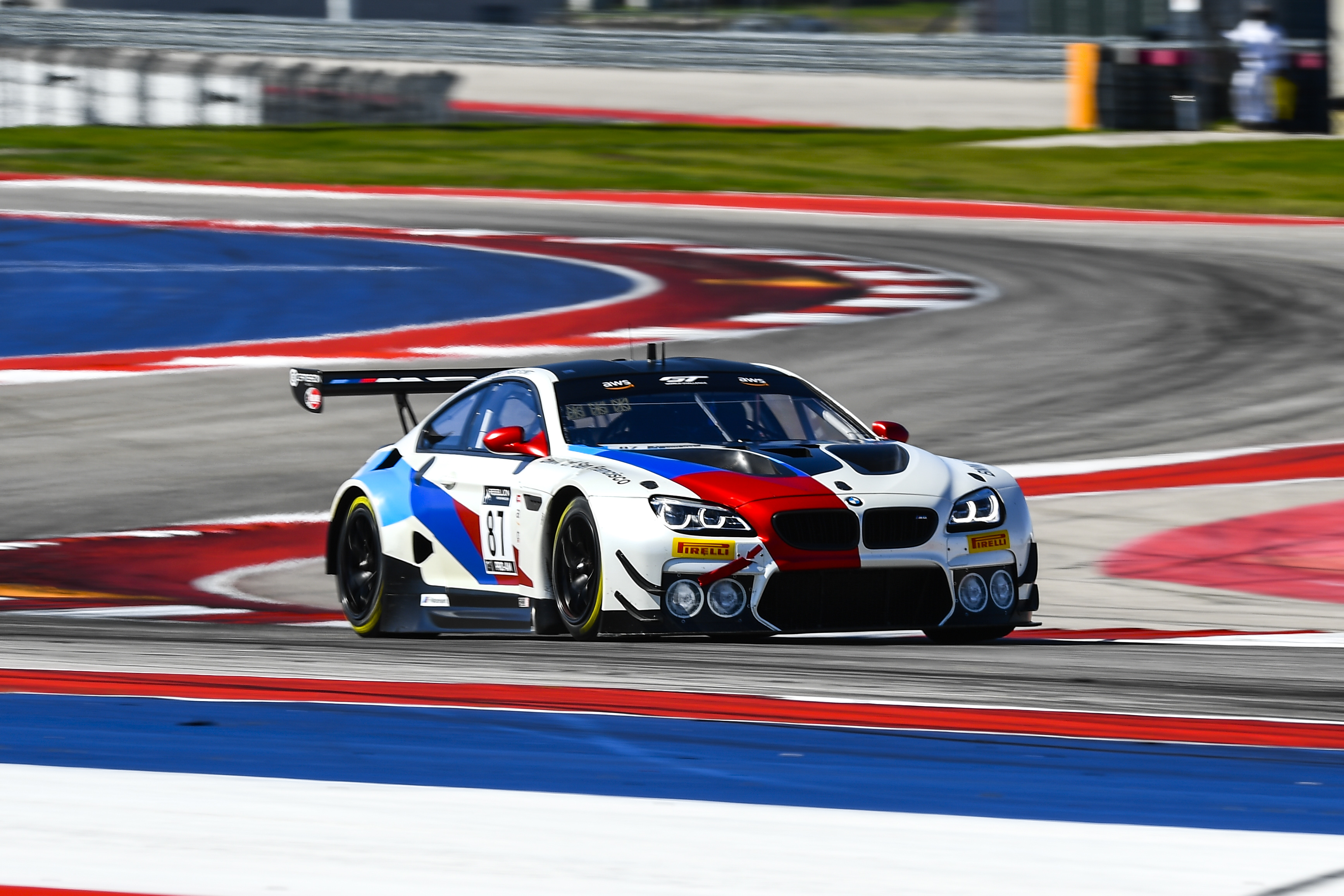