James Sofronas and his GMG Racing Team have been a staple in World Challenge America competition for over 20 years. During that period Sofronas has accumulated over 250 series starts and GTA and GTS driver's championships. Jeroen Bleekemolen, the son of a former F1 pilot, has blossomed into one of the world's top sports car drivers with a winning resume including a 2008 win at Le Mans. This season they've teamed up to drive the GMG Racing #14 Porsche GT3 R and a run at the 2020 Pro/Am Championship. We caught up with the duo for this edition of Driver Download.

How did COTA go for GMG?
Bleekemolen: Overall it was a very good weekend. The goal was to fight for the win and we did get the Pro/Am win and 2nd overall in race 1. Unfortunately we got taken out in race 2, which could have ended in another podium.

Sofronas: It was good and bad, winning our class and finishing P2 overall on Saturday, but Sunday was disappointing as we were charging through the field, and ended up getting taken out by a back marker.

How did you get into racing?
Bleekemolen: My dad was and still is a racing driver so I really grew up at the racetrack. I travelled a lot with my dad to his races as a kid and totally fell in love with the sport. In our whole family everything is about racing. My dad is still competitive at his 70th which is amazing. I also have a brother who is racing a lot. Besides that my dad started indoor go kart tracks in the Netherlands and has lots of cool sportscar people drive at the race track in Zandvoort.

Sofronas: My brother and I met a friend at track event at Pocono Raceway back in 1986!!

What is your favorite racing memory?
Bleekemolen: Winning the 24 hours of Le Mans in 2008

What’s the story behind your helmet design?
Bleekemolen: As a kid in karting I just designed something myself. It was a bit based on Rubens Barrichello’s helmet, because I liked his design. I don’t always have the exact same design. I give my painter freedom to change some things from helmet to helmet to make it more special.

Sofronas: It has the names of my wife and kids on the back, they are always with me.

Something interesting about you or a talent?
Bleekemolen: Racing really is my life, so not too many other things going on besides that.

Sofronas: I love to eat and dance… bring it on in either contest! haha

If you could invite three people to dinner (living or dead) who would it be and why?
Bleekemolen: Ayrton Senna would be number 1. Such a great personality, just different than other drivers. Otherwise I don’t know. For sure people you can have fun with. Or interesting people like Bill Gates or Steve Jobs. They have changed the world so much.

Sofronas:
1. My Dad: I wish I could tell him all about being a father now and how much of a positive influence he had on me.
2. Senna: I would love to get to know so much more about what motivated him and how he was so focused as a driver.
3. My entire family all together, we just aren’t able to see each other enough!!

Jeroen, your father Michael is a former F1 driver and you grew up around the racetrack. What was it like to grow up with a father that was an F1 driver? Did you understand the significance at the time? Did you know as kid that you’d get into racing?
He did F1 before I was born so I don’t know too much about that period. As a kid I always went with him to the races. We travelled through Europe while he was doing a one make series in the Formula 1 supporting races. So I saw most of the European F1 races end of the '80s, early '90s. That was awesome and my dad was my hero watching his races too. I really loved the atmosphere at the track. Luckily he let me drive a go kart and it all started there. We always had enough toys around anyway, like quads and bikes. So we were playing all day long driving around. It’s still a great memory!

James, you have over 200 starts in SRO competition and driver’s championships. Recently you hinted in an interview that you were thinking of scaling back on your driving and focusing more on the business side of GMG. That said, for 2020 you are paired with Jeroen. Looks like you’ve gone all in for a pursuit of the Pro/Am championship? True?
Well I think it’s more like 250 starts and I just can’t get enough of the competition! Winning the GTA Championship in 2017 and the GT4 Championship in 2018 definitely gave me the encouragement to continue racing.  As long as I am still competitive, I want to compete!  I am in a good place mentally and try to stay in the best shape possible, so when you combine the two, I think I am a very strong AM driver. Put me with a driver like Jeroen and I think you have a hell of a strong Pro/Am driver lineup. 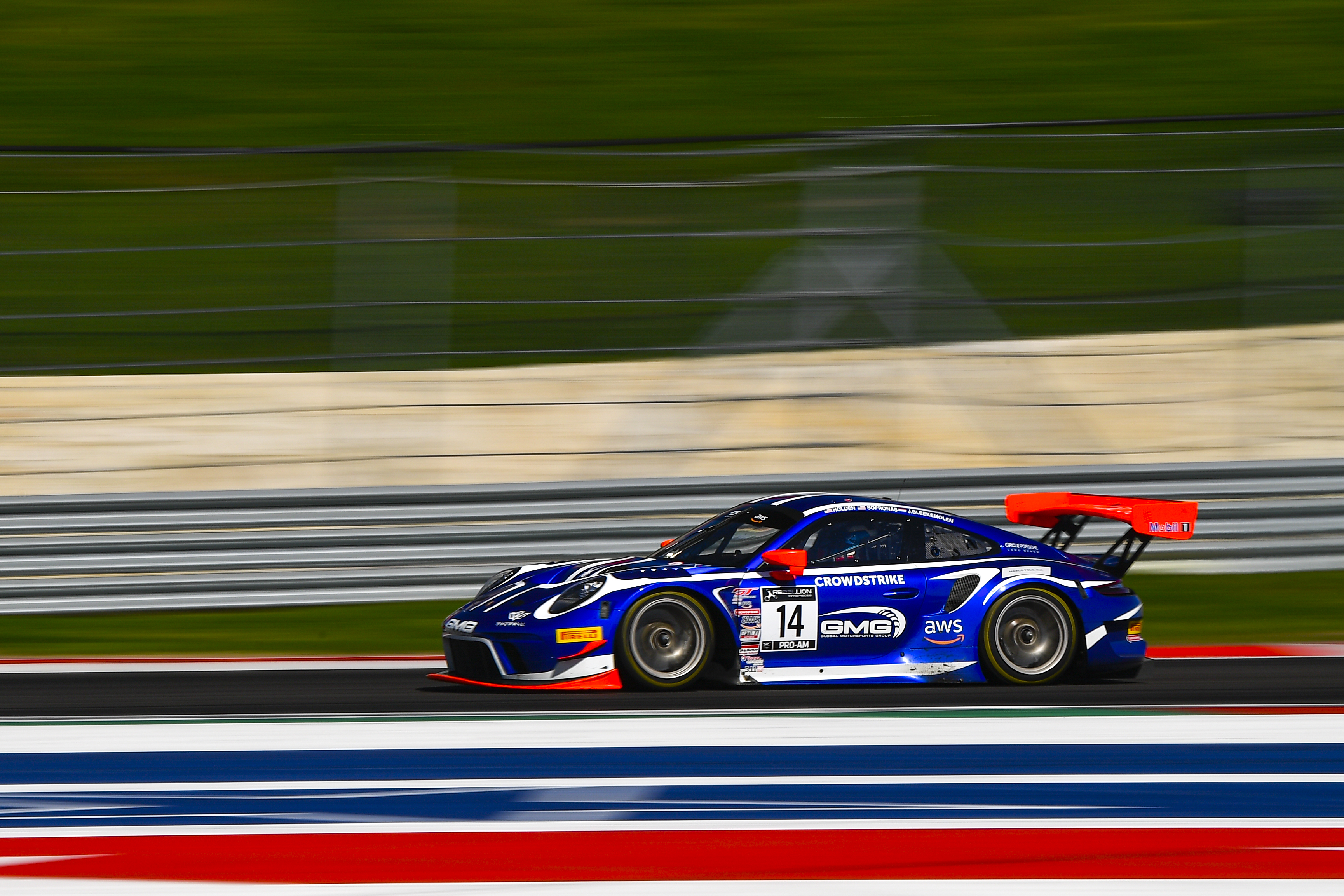