LOS ANGELES (February 7, 2020) – Young Los Angeles-based race car driver Steven Aghakhani will compete in a renumbered No. 24 Mercedes-AMG GT3, adorned in a special gold and purple livery, in tribute to his hero Kobe Bryant this weekend in the SRO Winter Invitational at The Thermal Club near Palm Springs.

Already a multiple race winner at just 16 years old, Aghakhani was born in LA at the height of the Kobe era. He grew up a Lakers fan, Kobe quickly became his favorite player, and Aghakhani always races with the same competitive spirit and determination his hero displayed for 20 years.

“I am going to race with a ‘Mamba Mentality’ this weekend,” Aghakhani said. “The loss of Kobe, his daughter Gianna, and the seven others onboard is still so hard to comprehend. I have never known Los Angeles without Kobe but will compete in honor of him and the others this weekend in our only remaining race in Southern California this year.”

This weekend’s Saturday and Sunday doubleheader is the third and final event of the SRO Winter Invitational at The Thermal Club. Aghakhani has scored a top-three podium finish in the previous four races, including a victory in the opening race of the championship last December.

Aghakhani normally races with No. 6 and a silver/gray paint scheme on his US RaceTronics SADA Systems Mercedes-AMG GT3. 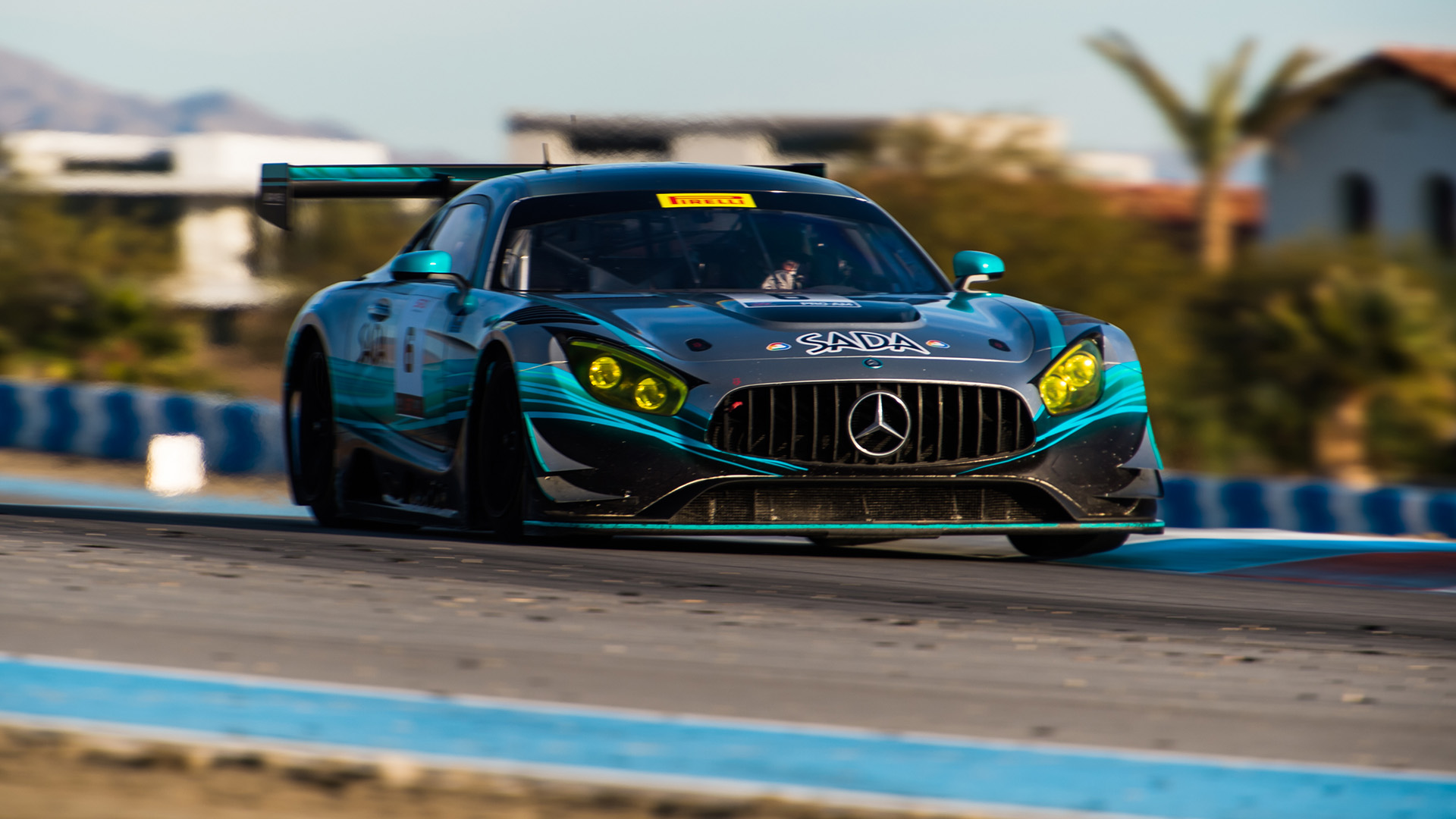 For this weekend, SRO series officials granted a special request by Aghakhani and US RaceTronics to compete with the No. 24.

The Mercedes-AMG GT3 has been adorned with “Lakers Purple” stripes over a deliberate blend of “Lakers Gold” and the darker hued colors of an Olympic Gold Medal. In addition to winning five NBA World Championships with the Lakers, Kobe was also a key player for Team USA in winning gold medals in basketball at the Summer Olympics in 2008 and 2012.

Aghakhani’s overall record of one victory and three runner-up showings in the opening rounds of the Winter Invitational is the best in the series.

December’s debut event used a 2.7-mile track and this past January’s layout was 3.1 miles in length. This weekend’ series finale will be contested on a 4-mile configuration.

Following this weekend’s race, Aghakhani will compete in his second season of competition in the IMSA Lamborghini Super Trofeo Championship, which begins at Barber Motorsports Park in Birmingham, Alabama, in April and concludes with the World Final in Misano Adriatico, Italy in late October and early November.