The new winter series includes three weekends at The Thermal Club, which is located in Southern California near Palm Springs. This past weekend’s debut event used a 2.7-mile configuration while the remaining two rounds of the series in January and February each will use different configurations.

Aghakhani’s victory came in his second career race in a Mercedes-AMG GT3. Last March, Aghakhani – then at the age of 15 – and co-driver Richard Antinucci scored a top-five finish in the No. 6 US RaceTronics Mercedes-AMG GT3 at Circuit of The Americas (COTA) in Aghakhani’s SRO debut.

Aghakhani and Askew rose to the overall podium again in Sunday’s second and final race. Aghakhani finished second, less than half-a-second behind the race winner, while Askew crossed the finish line in third. 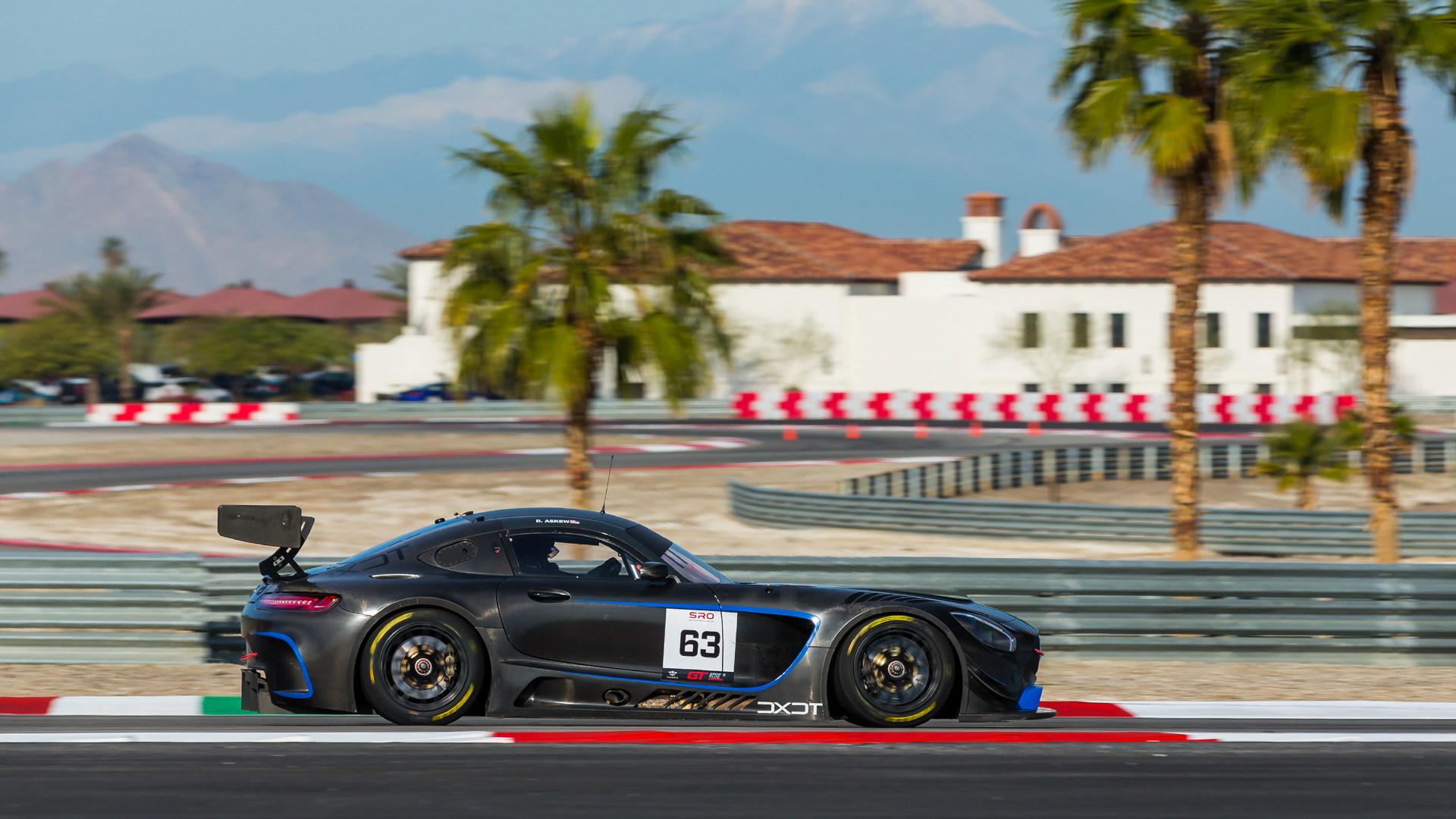 In addition to his overall podiums, askew earned a pair of class wins in his No. 63 DXDT Racing Mercedes-AMG GT3.

The remaining rounds of the SRO Motorsports America Winter Invitational at The Thermal Club are scheduled for January 17 – 19 on a 3.1-mile configuration and February 7 – 9 on a four-mile layout.

Steven Aghakhani, Driver – No. 6 US RaceTronics Mercedes-AMG GT3: “My comfort level in the Mercedes-AMG GT3 is great. I get great feedback from the car therefore, I can really push the car to its limit. I was actually told that I set the lap record in the GT3 class on that configuration. Moreover, I love the torque and the power band in the Mercedes-AMG GT3. I honestly feel very comfortable to drive this car, especially on tracks such as The Thermal Club.”